Toronto, ON (RPR) 04/20/10 – Bee-Bee Mukherjee’s acclaimed literary debut “That European Summer” has been selected to join the works of Salman Rushdie, Rudyard Kipling, E.M. Forster and Nobel Laureate R. N. Tagore in the BA Honors English Program at Canada’s newest university at Algoma. The novel has already been generating growing international acclaim prompting renowned British judge Sir Patrick Garland to describe it as “a sensitively crafted and emotionally perceptive account of chaste love across national and religious boundaries evoking a lost age when morality mattered and self discipline and sacrifice still had meaning.”

While written in English, the novel is also peppered with generous dollops of French in homage to Canada’s bilingual culture. Furthermore, it features real-life experiences of the author’s interactions with the likes of Lord Denning – widely praised as “the most influential judge of the 20th century” and dear to Canadians for aiding legendary Prime Minister Pierre Trudeau in his efforts to repatriate the Canadian Constitution. 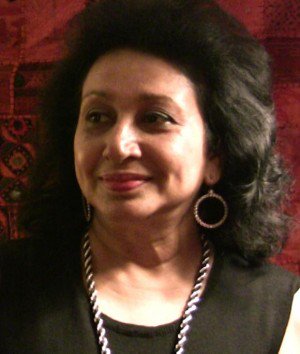 In “That European Summer,” a nubile beauty from exotic India and a blue-eyed aristocrat from Imperial Austria travel through 1960’s Europe as they live, speak and breathe what love inspires. As their cultures conjoin in a delightful dance, their hearts celebrate a connection too sublime to be contained within the mundane confines of a mere romance. Are they destined to stay together forever or will their lives merely encompass a lingering trace of Eden?

The answer will be revealed in a powerful love-story described by Professor Don Jackson of Algoma University as “a wonderful gift and accomplishment… a thoughtful and informative story about an encounter between East and West. What passion! What an intense affair that brings so much insight, wisdom and joy to others.”

A Barrister from the UK’s prestigious Lincoln’s Inn School of Law and fluent in 7 languages, Bee-Bee Mukherjee states, “The feedback has been overwhelming as the novel gives the older generation so much to reminisce over and yet introduces the youth to a relationship prototype far more spiritually profound and meaningful than what present pop culture glorifies.”

Avatar Media Labs is a multifaceted agency dealing with all aspects of the media from publicity and promotion to books and films and can be visited at www.myavatar.ca. More information and exclusive excerpts from the book can be found at www.ThatEuropeanSummer.com

27,000 Applications for Canadian Parental Sponsorship Received in Under 11 Minutes

The Benefits of Home Ownership

The Promise & Problems of Marijuana Legalization in Canada