A 24 year old intern Dianna Hanson has been mauled and killed by an African Lion at Cat Haven, a wildlife center near Fresno, California. Dianna came from Seattle and started a six-month internship at Cat Haven in early January. The lion’s name was Cous Cous; he was four-years-old and weighed 350 pounds. The exact reasons for the attack are unknown, yet lion’s by nature are ferocious predators. That may be our best explanation. Cous Cous is deceased also; shot by a Fresno County Sheriff’s deputy.

News reports I’ve read on the safety track record of Cat Haven are positive ones. A California Department of Fish and Wildlife warden, Lt. Tony Spada told the Fresno Bee this exotic-animal preserve has a clean bill of health, up to this point at least. Dale Anderson is the owner and main operator of Cat Haven, and has done a good job of creating this cat preserve in 1998, with a vision of his (which he got when still a teenager) to further promote the preservation of these cats in their natural habitat.

Anderson’s organization for that dream of cat preservation is called Project Survival; I’ll not get into all that, but just to say Cat Haven commands 10,000 visitors per year. This must make for an attractive excursion (from the big city), for local Californians, to walk the granite path of cats on the 93-acre park, and see (Lions and Tigers and Bears! – No): leopards, jaguars, cheetahs, tigers, and lions. And the work load of maintenance on these cats must be tremendous!

I guess this is where someone like Dianna Hanson enters the picture, since she was developing these skills in working with these sizable felines of the wild. Dale Anderson has expressed a great deal of grief to news crews over the loss of a young intern there at Cat Haven, Dianna Hanson. One suspects he may have concerns over this new black mark of a blemish to his previously envisioned idyllic sanctuary, promoting these wonderful, yet endangered feline species.

My gut feeling is this is true regarding Anderson’s display of shock and sorrow; not to grind the poor man down, but there will be meticulous investigations of his operation now by several regulatory agencies, which includes the Fresno Sheriff’s Office. And the news media hell hounds are snooping about Cat Haven like white on rice (pardon for the confusing mixed metaphor)! Well, I suppose I’m joining in on the party, piling up on top of poor Dale Anderson.

Will he be forced to shut Cat Haven down? There is a marked frequency of these attacks (not just at Cat Haven); the Fresno Bee has published a timeline of these wild animal attacks. I will point out, however, this timeline covers the entire world over about the last ten years, and includes gorillas, bears, and orcas even. Maybe not such a fair comparison? Yet, the real question is, what actually happened in the cage yesterday between Dianna and Cous Cous? 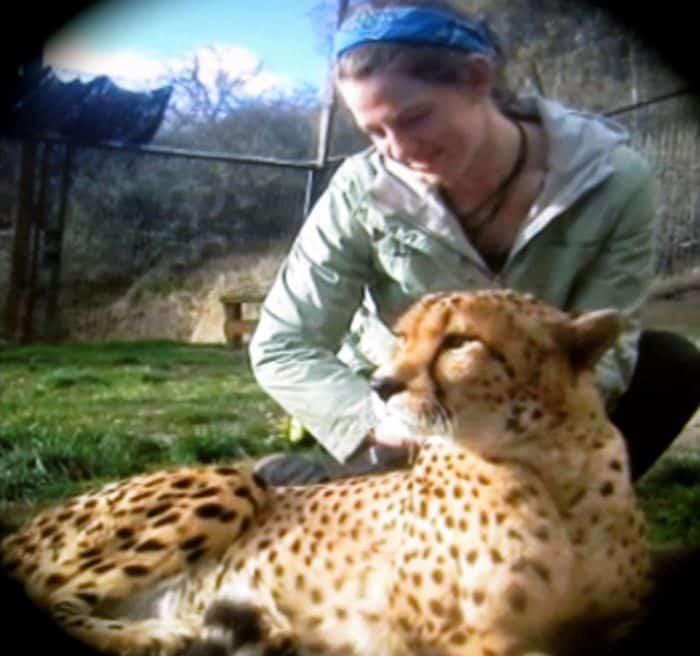 The attack itself was ruthless and unrelenting; something came over this lion in a flash, even though he must have been familiar with Ms Hanson. Tippi Hedren, the Star of Hitchcock’s thriller The Birds, says that the attack is natural. Wild lions are instinctively wired to do this; they are King Killers of the Wild (my take on Tippi’s thoughts)!