With the targeted assassinations against Somali expatriates in South Africa on the rise, members of the Somali community marched the streets in the South African cities of Cape Town and Port Elizabeth on Friday to try to put the matter of the targeted assassinations against Somalis before an international audience in a bid to get the world put pressure on South African government to tackle the matter immediately.

The demonstrations come as South African gangs and racists started an unprecedented wave of assassinating Somali community members with at least two young men stoned to death in South Africa since last week. 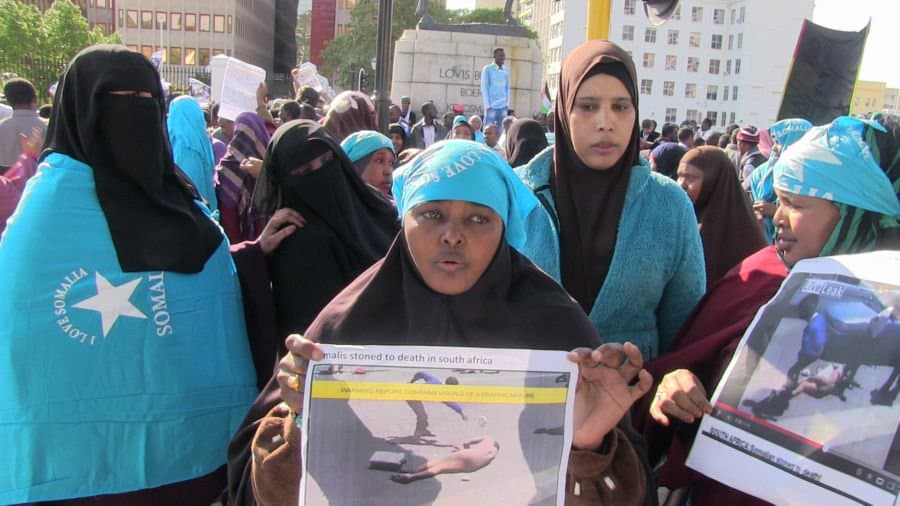 Some video clips posted on facebook and Somali websites showed South Africans stoning the two Somali men to death as police cars passed by, with racists publicly doing the brutal killings at large.

The new system of killings worsened the already deteriorating living situations for the Somali expatriates in South Africa. There are different foreign communities in South Africa but the assassinated are only Somalis. 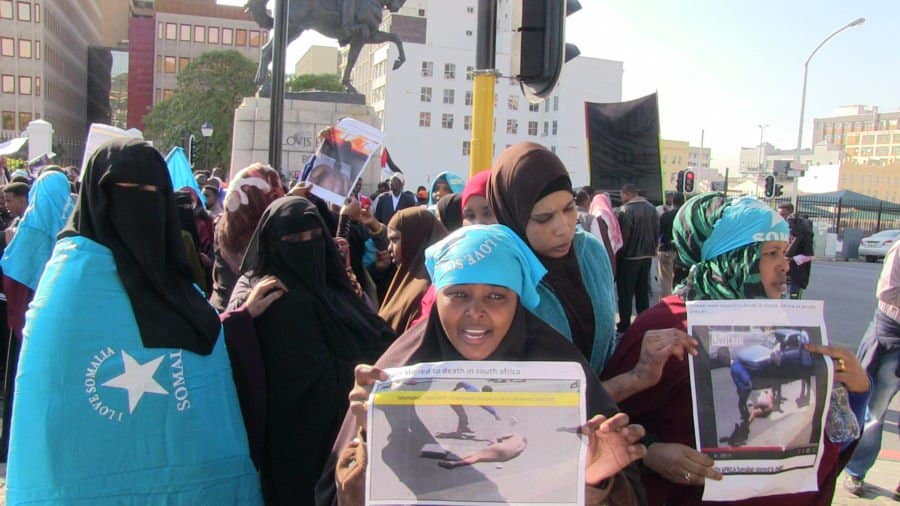 The Somali embassy in South Africa several times urged the South African government to tackle the brutality, but still killings continue. The stoning to death campaign is a new act that made things worse than ever before.

On Friday, scores of Somalis, mostly women and children chanted slogans demanding an end to killings. They took to the streets in the cities of Cape Town and Port Elizabeth where the latest brutal assassinations took place.

“We run from our homeland because of insecurity, but the situation is much worse here than that in Somalia, because stoning innocent people to death plus no governmental reaction is something on the increase. We call the United Nations and the rest of the world to immediately move for the cessation of hostilities against us,” one woman lamented with tears flowing down her cheeks during Friday’s demonstrations. 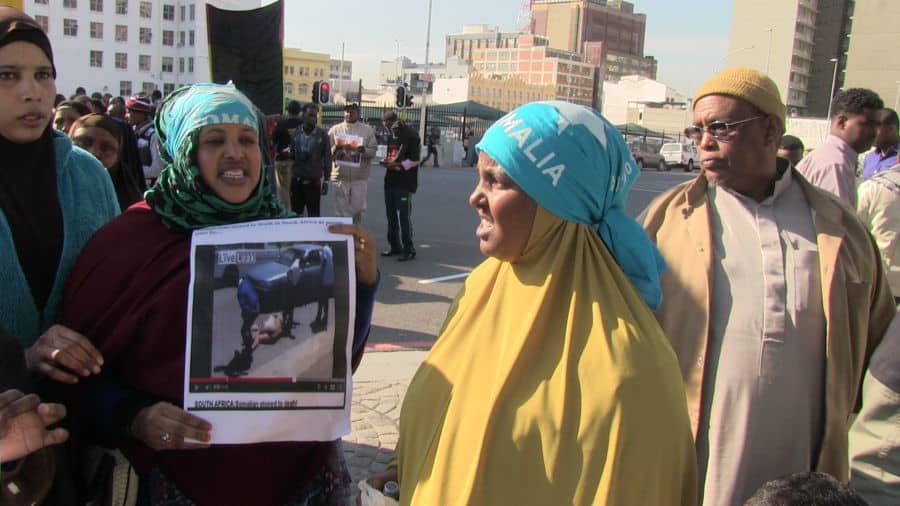 Each year hundreds of Somalis are killed in South Africa including some who were set fire whilst asleep in the middle of the night. Millions of dollars-worth of Somali owned properties are also robbed annually. Local Somali media have been publishing stories about the atrocities and the brutal killings against Somali community members in South Africa.