There has been a very colourful ceremony which marked the end of a 6 day-long FIFA Futuro III course for referee instructors from English speaking African countries which assembled veteran instructors, including three from the lawless Somalia whose youngsters gave Sudan a painful home defeat on Friday.

“Somalia is one of the growing football countries in the world and it is currently emerging from years of conflicts. This course may help us in terms of increasing the quality and quantity of our referees,” Secretary General Abdi Qani Said Arab told the media Saturday. 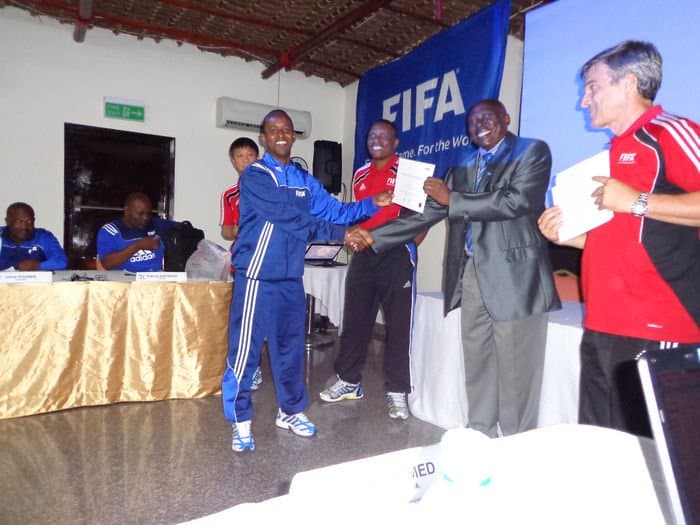 According to SFF Secretary general, each year they hold at least one FIFA level refereeing or coaching course and at least six local courses for coaches, referees and football administrators.

“Refereeing is the sector we gave much priority, because it is the department of justice for football competitions and that is why we prioritise it” the SFF secretary General said adding that the SFF will in,crease the number of its local refereeing courses. 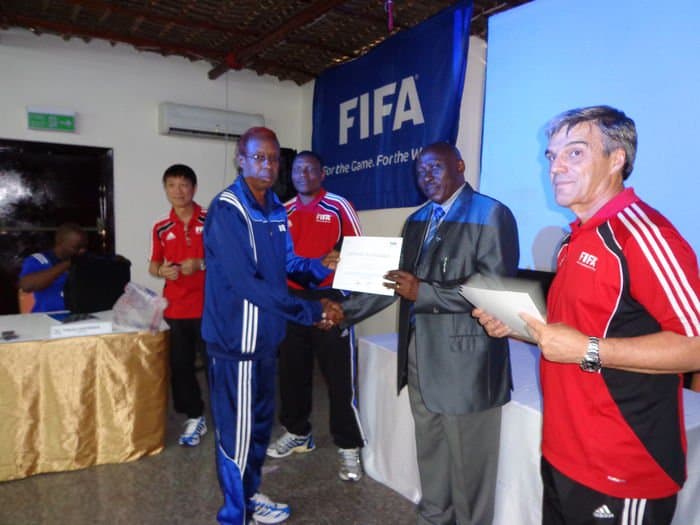 “Actually we learned more from the courses which were very useful to us at the moment in terms of increasing our knowledge and experience in refereeing,” Somali Football Federation education officer and referee instructor Ali Mohamed Ahmed told the media on Saturday.

The Somali referee instructors are transit at Nairobi’s Jomo Kenyatta international airport over night and will be back home on Sunday morning.