The deputy secretary general of Somali football federation Abokar Islow Hassan who first addressed at the highly organized ceremony, gave details about how the competition went and the federation’s efforts to implement the championship.

After the opening remarks by the secretariat, the first ever Somali national football Team Captain, Mohamed Qalaf Aden Shangole praised the nation’s football federation stressing that the biggest ever football developing activities are currently taking place in Somalia, despite the country’s insecurity.

“One of the major objectives of the ongoing football competitions is to develop Somali football and to guide youth from bad habits such as, being drug addicts or taking up guns. So I call on all Somali youths to unite under football and work in peace” Somalia’s first national football team captain said directing his words to the young Somalis.

Shangole became Somali national team captain in 1955 and was one of the founding members of Somali sport.

President of the Somali Football Federation, Mr. Said Mahmoud Nur, said that in recent times the football federation stepped into a higher development, describing the national U 17 team’ recent successes as enough examples for the huge task that was implemented.

“Although the country is experiencing one of the most difficult times ever, the Somali National Squad trains at the open ground of the Somali Police Academy, which cannot be comparable with international standards of football facilities, but the team is victorious and our federation has moved forward” the SFF president stated during his address.

The president said that the recently-concluded soccer championship in Somalia has produced positive results because of more prominent players who can represent their nation in international matches which were selected from the competition.

“The SFF is working hard and we are planning that the national U-17 team will be taken abroad for a month-long training after the end of this year’s FIFA world cup, as part of the team’s preparations for the big competition against Egypt in August and September this year” he stated, adding that six national goal keepers will also have a separate training in Djibouti.

“Somali football international referees recently mediated matches in Nigeria, and it was the first time that our referees accomplished such work in West Africa” the president added.

“I praise the Somali football federation for its consecutive activities in and outside the country. You can see the very large trophies in front of us-we have never seen such trophies before, and I say with a loud voice that an active federation and a lazy one will not be dealt with the same” he said. 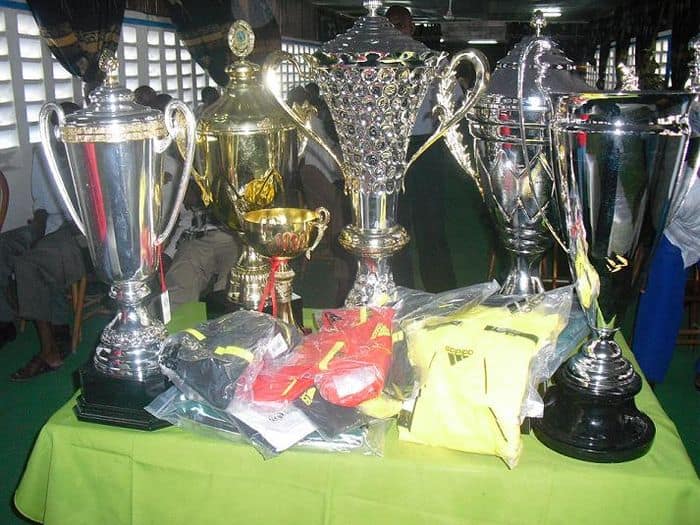 The coach of the Gaheyr FC which was victorious in the soccer championship and Salad Farah Hassan was recognized as the best coach of Somalia’s 2010 football championship. Salad Farah was one of the 30 young Somali coaches who took the FIFA high level coaching course in Djibouti last year.

The clubs of Gaheyr, Badbado and Dallo Airlines which succeeded in the 1st, 2nd and the 3rd stages of the championship were presented cash as part of Somali FA’s encouragement.

Somali sports minister Mrs. Qadijo Mohamed Diriye who closed the ceremony, said that the activities of the Somali Football Federation are as bright as the moon shines, praising them for their huge national task. 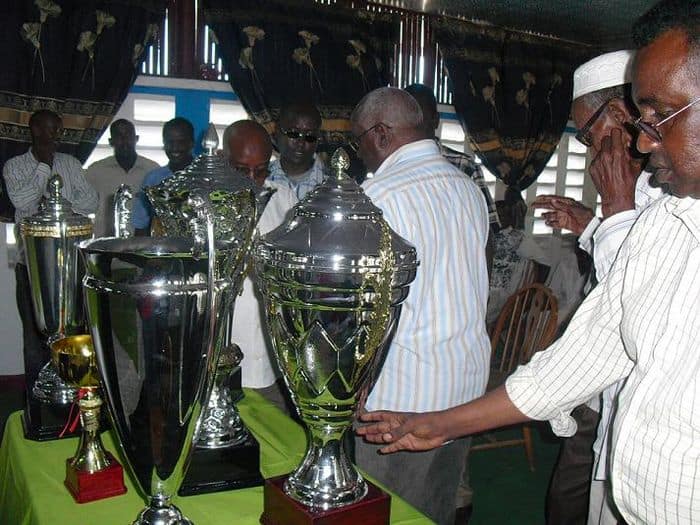 “As the Somali sports minister I am very proud of what the SFF is doing” the minister stated during her address. “I urge all people to praise and encourage the Somali Football Federation, because of its tangible activities in and outside the country” the minister added as she was presenting the first stage cup to Gaheyr FC.

Somalia has lacked a functioning central government for the past two decades during which the country’s infrastructures and national institutions were completely destroyed, but the nation’s football federation has been Somali’s flag carrier and has raised the national flag in international football gatherings since then.