The senior vice president and the head of international relations of the Somali National Olympic committee Mr. Duran Ahmed Farah described the sudden death of five Somali Football fans on Tuesday evening as ‘the most shocking incident’ in recent years.

Four of the fans died on the spot while the 5th one died at hospital two hours later. 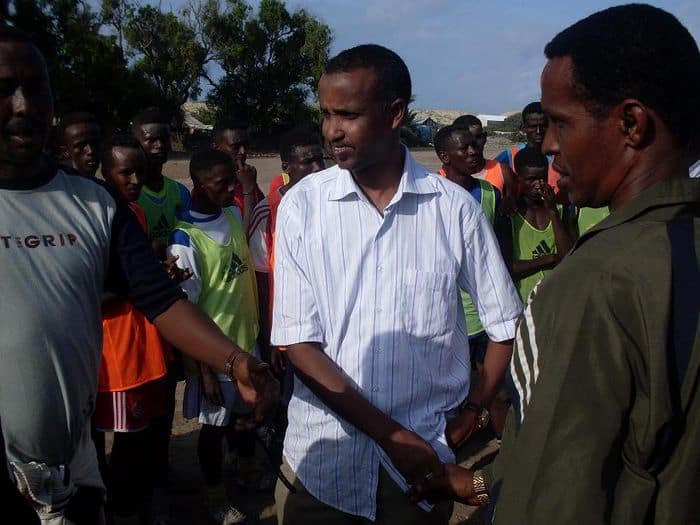 “The sudden death of the young age football fans vehemently shocked the entire Somali sporting family-this is an agony we are sharing with the families who lost their beloved boys and the entire Somali people,” the senior vice president said in via phone press conference from Dubai over night on Tuesday.

“On behalf of the Somali NOC, I am sending our heart-felt condolence to their families, Somali Football Federation and the authorities of the WadaJir district who unexpectedly met with the shocking tragedy,” Duran Ahmed Farah noted.

“I didn’t know how frustrated I was when the sad news came to light-it was really a bad experience” said Mr. Duran who prayed to Allah to rest the dead fans in his paradise Fardowsa and wished recovery for those wounded in the car accident.