The team at Fruitful Office have been marking each basket of fruit consumed by their customers by planting fruit trees in Malawi. One fruit tree is planted for each basket consumed, with the team focusing mainly on papaya and guava fruit trees as well as quick-growing trees including Senna Siamea for the provision of firewood.

Fruitful Office have been collaborating with the UK Charity RIPPLE Africa, which is working in Malawi. The trees themselves are grown by the people of Malawi, with 35 trees being planted for each 10,000 families. Community clubs, schools and farmers are growing between 1,000 and 5,000 tree seedlings each. Seeds, tubes and equipment are provided to communities, with training being given. Monitoring takes place throughout the year, ensuring as many tree seedlings as possible are readied for rainy season. Seedlings are planted in woodlots, orchards and around household perimeters. Advice is given to ensure trees are cared for effectively.

The scheme is designed to help Malawian families living in poverty, providing them with fruit and firewood not only for their own consumption but income generation too. Updates on the campaign are given out every three months.

The team have recently been involved in saving Choma Hill, a part of Malawi once home to a large amount of trees. Choma Hill was the North Malawian capital Mzuzu’s main source of water. A charcoal business launched in 2003 had a hugely negative impact on deforestation, with large 50-year-old trees only being capable of producing three bags of charcoal. The charity RIPPLE Africa has worked with chiefs and communities to stop the charcoal business causing any more deforestation. Farmers have been trained and helped to grow Pine and Eucalyptus, giving them an alternative method of cooking.

Deforestation is a huge problem in Malawi. Many African communities continue to set fire to forests as part of attempts to improve agriculture, with trees constantly being cut down and set ablaze. However, only the top soil is actually fertile, and in any case, this is swiftly washed away after the trees have been cut down. Growing new fruit trees is a valuable way to educate African communities about the value of trees, help them get the firewood and food they need and even obtain extra income. 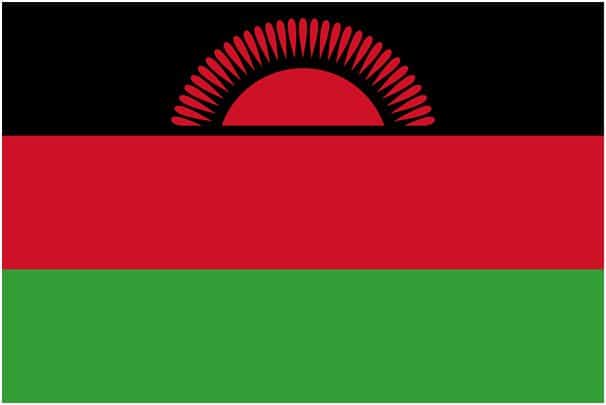 By the end of 2014, 963,925 trees had been planted as part of the campaign. One farmer called Fwiyoulemu living in a hilly area of Nkhata Bay District launched his own tree nursery due to concerns about deforestation. He has planted over 3,000 trees by the time 2014 came to a close, after seeing his own crops fail via soil erosion. Most trees were to be used for firewood, but he also planted a series of guava trees in order to sell the fruit and raise extra funds.

350,000 trees have recently been planted out in the new area north of Mzuzu, with one farmer Alexander Muhango having raised some 10,000 trees in his nursery. Mzuzu is a largely deforested area where demand for firewood is big and tree numbers are low. The campaign team have been working with local government forestry professionals and been introduced to various enthusiastic communities and farmers.

Meanwhile, David and Agnes Mzimba in Kalowa have been growing trees for over two years. IN 2015, they planted 11 Guava trees, 5 Papaya trees and 25 Senna Siamea trees, with the Senna Siamea trees being used for poles for buildings as well as firewood. The trees were planted around their home and those of their neighbours. Last year’s rains benefitted the trees significantly. The trees are also providing valuable shade amidst soaring temperatures.

More and more businesses are realising the importance of corporate responsibility and launching campaigns that benefit communities across the country and around the world. It’s widely agreed that, as businesses grow, they become more obliged to give something back to local and wider communities. The vast majority of big-name companies now have corporate responsibility programmes in place. There are many benefits attached to corporate responsibility programmes. These schemes can enhance brand awareness, build trust and make a vast contribution to a better world. What’s more is that the investors of today want to know that the companies they’re pouring money into are committed to ethical causes and organisations as well as their employees, customers and profit-making.

Corporate responsibility programmes can come in many forms. Some companies have chosen to launch staff volunteering projects, whilst others have implemented schemes in other countries affected by extreme poverty. Charities can see their impact boosted significantly by partnering with influential brands with vast spending power and powerful assets. Though corporate responsibility (CSR) is seen by many as a relatively new movement, some companies argue that they have been addressing global issues for decades, with Mark Wakefield of IBM emphasising that his company has been involved in CSR-esque programmes “since its inception.”