The event, which was highly organized and historic, was attended by 100 participants. Most of the participants were journalists, diplomats, Somali lawmakers, ministries from the transitional federal government, Somali Ambassador to Kenya, Somali civil society representatives, Somali youth leaders, International press freedom organizations and Kenyan and Somali media. The event aimed to honor slain Somali Journalists.

The conference theme “End Impunity Against Journalists” was focused on crimes committed against journalists and how Somali journalists can get protection in Somalia and in Nairobi.

The conference participants was welcomed by NUSOJ Officials in Nairobi. It event was led by Mohamed Gaarane Aadan, NUSOJ Training Secretary and EC Member. The event started with recitation of the Islamic verses.

“Thank you very much for accepting our invitation to this important event. This is the first ceremony of its kind ever held by the union,” Mohamed Gaarane, NUSOJ Secretary of Training said.

He added that the historic day was organized to honor slain brothers. He called for action and the separate administrations in Somalia to investigate the cases.

“It is very traumatic to recall that at least 26 journalists were killed in the last four or five years alone which makes our country one of the most dangerous countries for the journalists,” Mohamed Gaarane said.

Mr. Gaarane also read messages from the Secretary General Mohamed Ibrahim and the President of the Supreme council to the participants.

“Today is the day that unpunished crimes against the journalists will come to an end. On this day, we demand from the government, regional administrations to investigate all crimes against journalists in general,” Mohamed Garane said.

The Somali media parliamentary media committee, Mr. Ahmed Awad Ashara, who was among the keynote speakers, highlighted the importance of the event. He underlined that every entity has the responsibility to respect the freedom of expression.

“I am glad to be here with you today in honoring the slain colleagues,” Ahmed Awad Sharo, the parliamentary media committee chairman said.

Mr. Sharo recognized the dangerous work of a journalist specially in a very volatile situation. Mr. Asharo finally urged the administrations in Somalia as well as the Somali government to give protection to the journalists working in Somalia.

The Somali ambassador to Kenya Mohamed Ali Nor better known as ‘Ameriko’ also highlighted the problems encountered by Somali journalists. Ambassador Nor promised that together with the National Union of Somali Journalists (NUSOJ) will develop trainings and capacity building programs for the journalists.

“Thank you very much for holding this important day and this event will be a reminder to those remain in impunity,” Mohamed Ali Nor “Ameriko” said.

Somali Minister of Constitution and Reconciliation, Dr. Abdirahman Hoosh Jibriil said that Somali Journalists feel traumatized and depressed by the augmented unpunished crimes, but in preserving the rule of law, will help journalists get protection.

The Consular to the Nairobi Embassy Mr. Abdirashid Adan Seed thanked the National Union of Somali Journalists (NUSOJ) for organizing atthe event and focused his speech on media safety, impunity and the role of the journalists in peace building.

“The Media community are the best organs. I can say we are so proud of you today and protection of journalists should be given priority,” Consular Abdirashid Adan Seed said.

Consular Seed also discussed the huge responsibilities of the media and journalists. He said the media should take part in the reconciliation, peace building and rebuilding of the country. He urged all urged probe into all the killings of the journalists.

Tom Rhodes from the Committee to Protect Journalists (CPJ) stated that increasing impunity in Somalia affected the journalists. Many journalist are forced to flee the country in recent years. He pointed out the Somali journalists have recently started going back to Mogadishu to start their work. 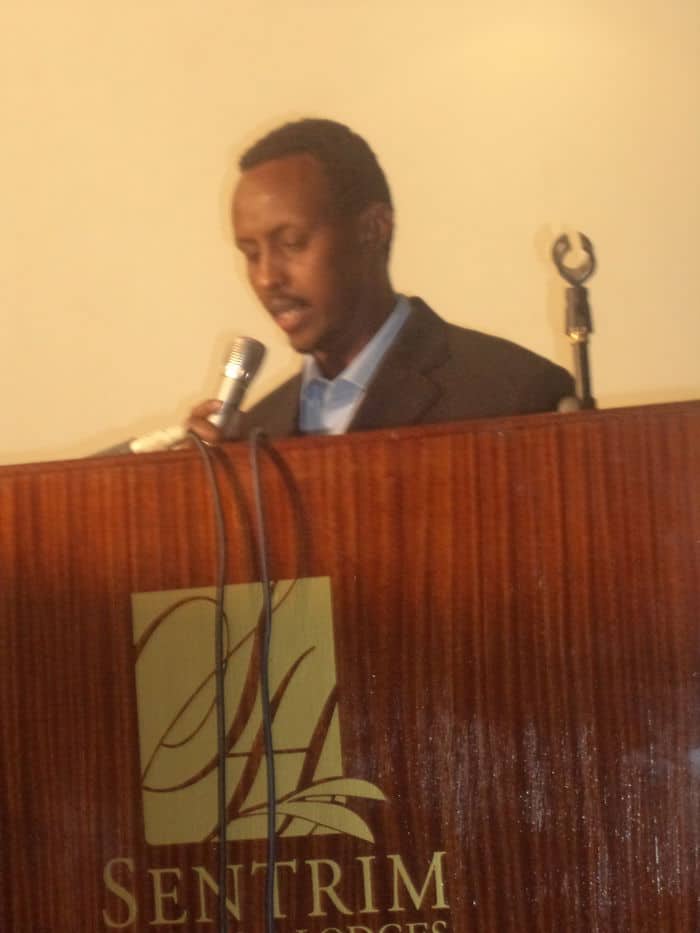 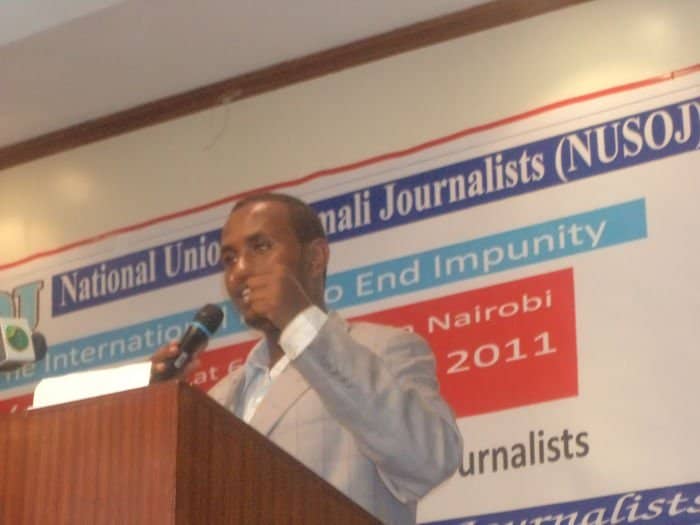 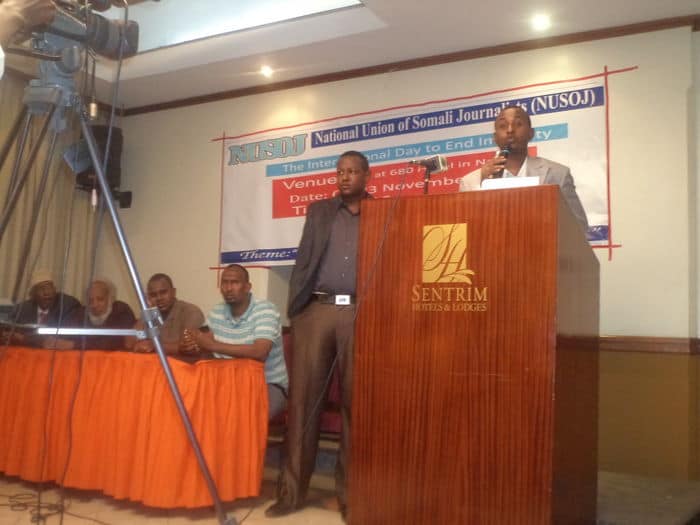