International Table Tennis Federation instructor Dr. Mohamed Refaat Bassyouni has successfully concluded a 6-day-long refereeing course for Somali table tennis referees in a colorful ceremony at Shamow hotel in Mogadishu late on Thursday in the presence of Somali NOC president and other senior officials within the national Olympic committee of Somalia.

Somali table Tennis Federation acting president Abdullahi Isse who first addressed at the conclusion ceremony said Somalia had benefited much from this course in terms of tournament organizing and refereeing skills. He said this will help in the promotion of table tennis in Somalia. 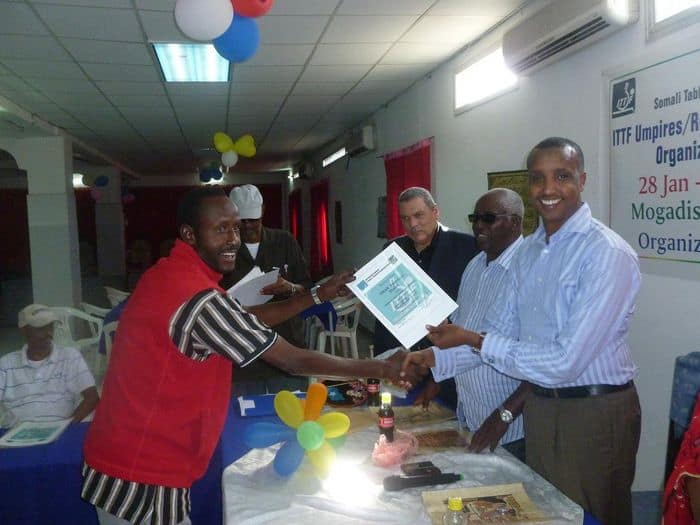 “I am very happy that the course which was the first of its kind ever held for Somalia went on successfully. I commend the trainees for showing activeness during the course,” the STTF acting president told the closing ceremony.

The Egyptian ITTF instructor Dr. Mohamed Refaat Bassyouni said he was fully satisfied that all his students passed with good remarks in the final examination before being certified. 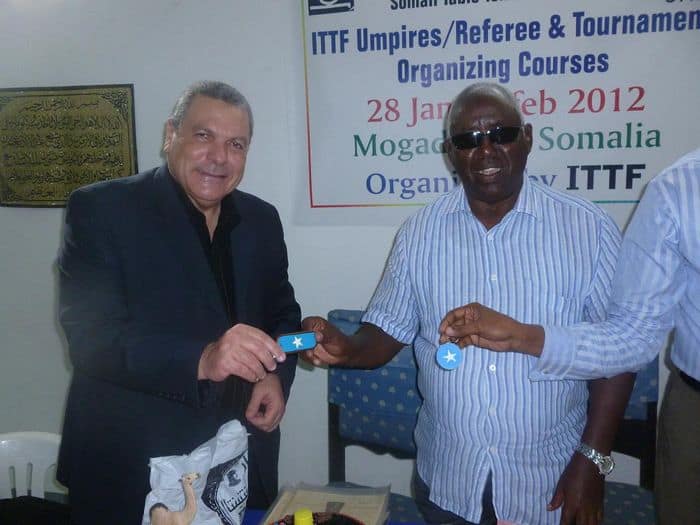 “This shows that the level of table tennis in Somalia was high despite decades of conflicts that put the country years behind from the rest of the world,” the international instructor told the ceremony.

Mr. Bassyouni thanked every person who took part in the course.

“I am confirming that I was happy with them because they showed commitment and always stayed here from 8 AM until 6 PM. Their full participation encouraged me and we have had good start and good end to the course,” the instructor noted during his address. 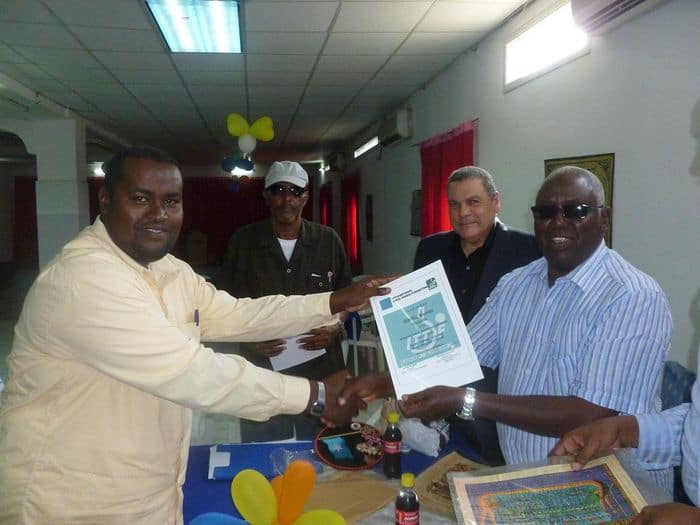 Mr. Bassyouni said the course in Somalia had attracted the attention of world’s table tennis family.

Senior Somali National Olympic committee vice president for international relations Duran Ahmed Farah thanked the international Table Tennis Federation for sending a very valuable instructor to Somalia. He added that Somalia was expecting from the ITTF to continue its assistance to Somalia.

He mentioned that more equipment and other trainings were much needed in Somalia.

“I thank the trainer Brother Mohamed Refaat Bassyouni who has been here with us for the past week in a bid to teach our umpires. I would also like to thank the umpires for their dedication and commitment during the course,” Duran said. 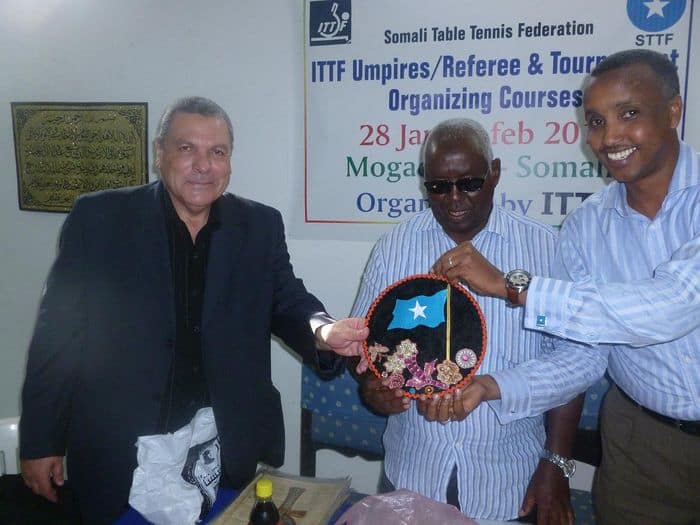 The president of Somali National Olympic committee Aden Hajji Yeberow who in his capacity as president inaugurated the closure of the course said Somalia benefited more from the course. He was very hopeful that the game will speedily spread through the entire Somalia.

“I always arrived here during the course and what I witnessed was that the trainees were very much committed in it and I am sure that they will pass what they learned from here to the other brothers in the country who hadn’t got such golden chance,” the NOC president noted.

The president added that there was a new dawn of progress emerging for Somali tale Tennis family and the country’s National Olympic committee was fully jubilant at the continuation of local activities headed by the federation. 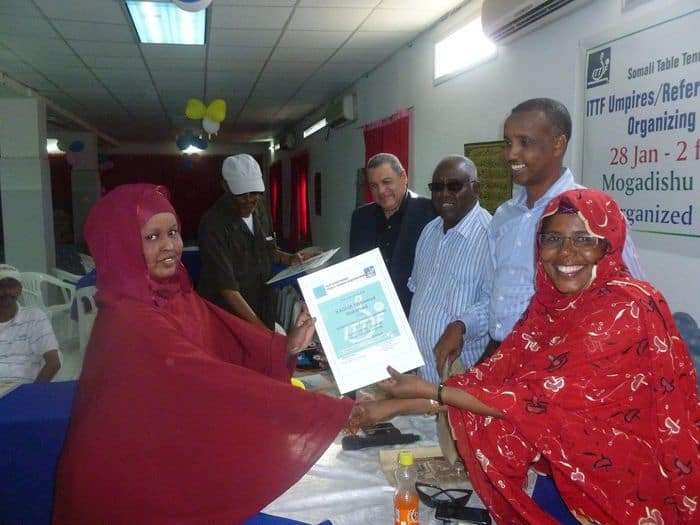 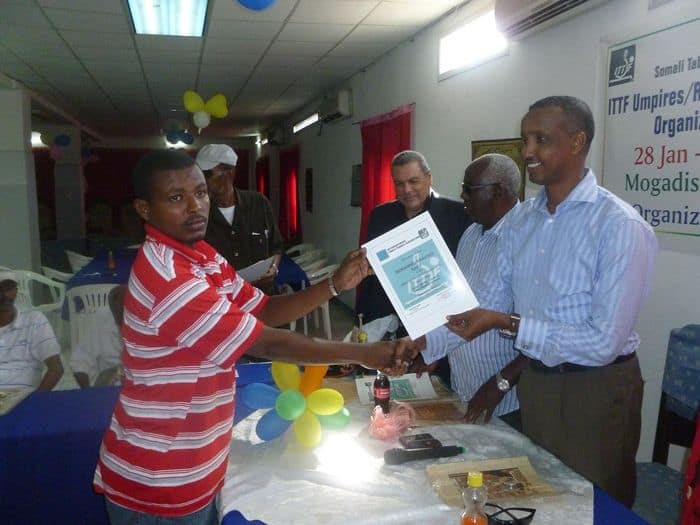 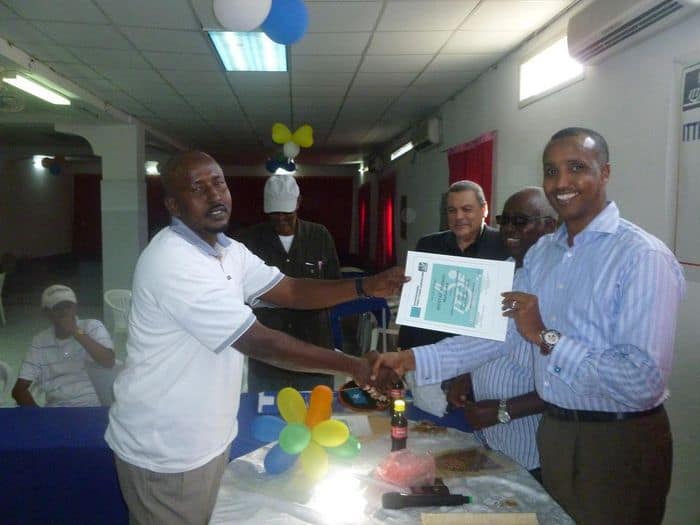 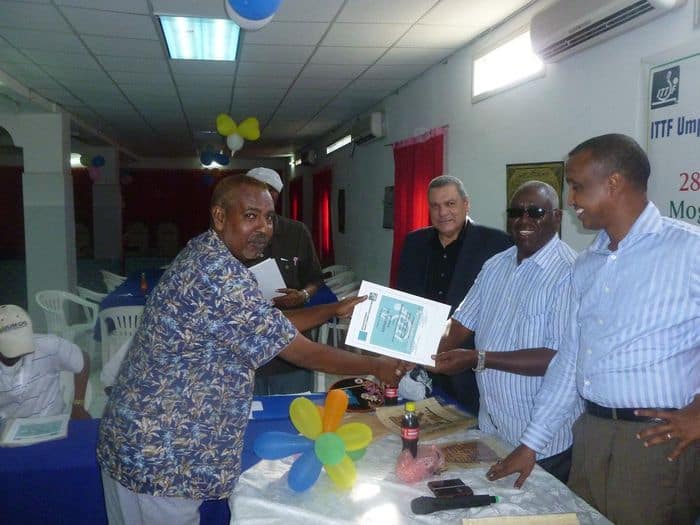 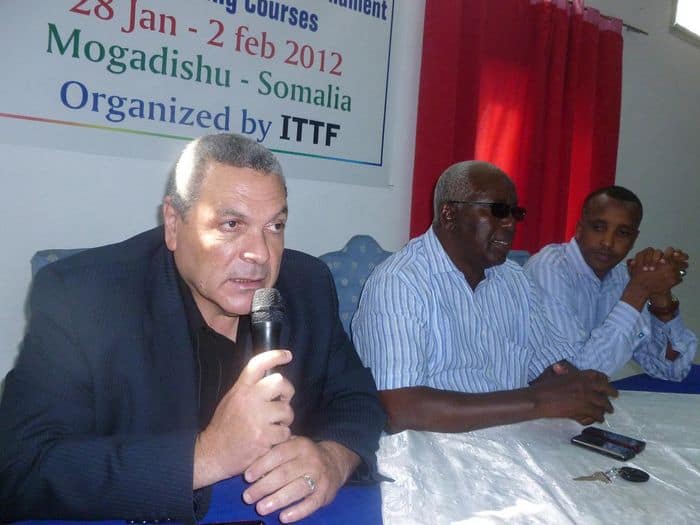 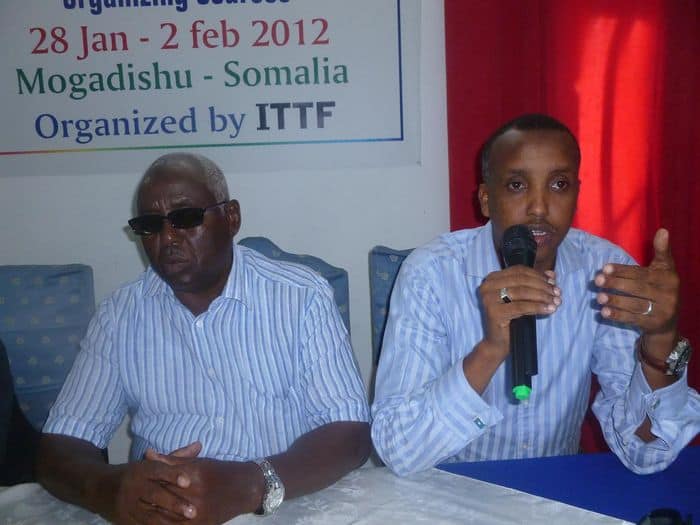 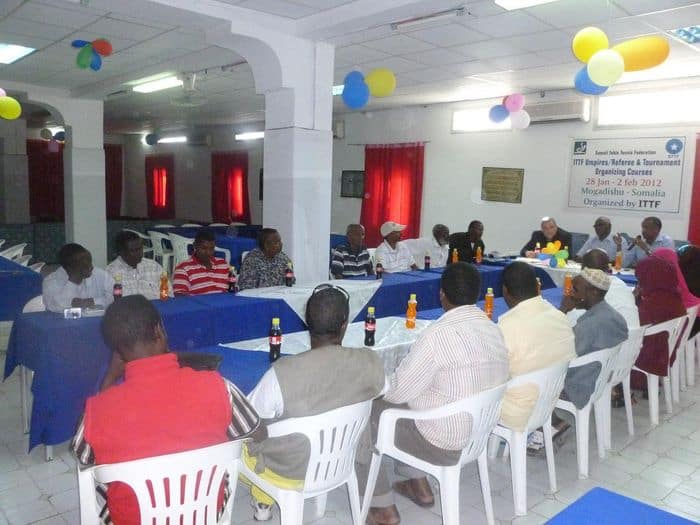 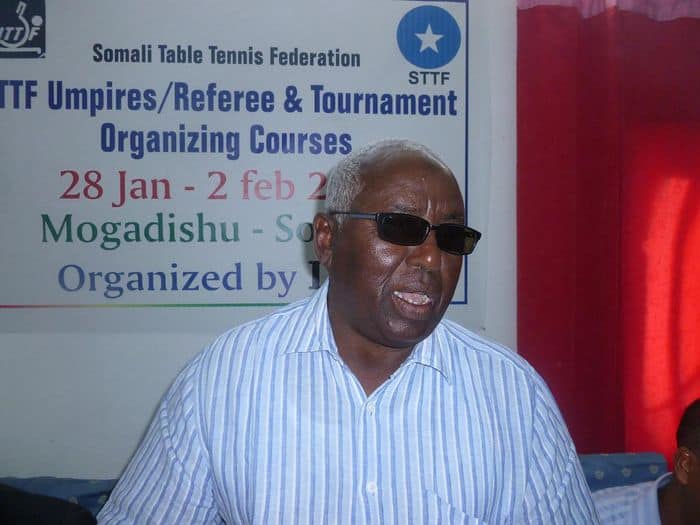 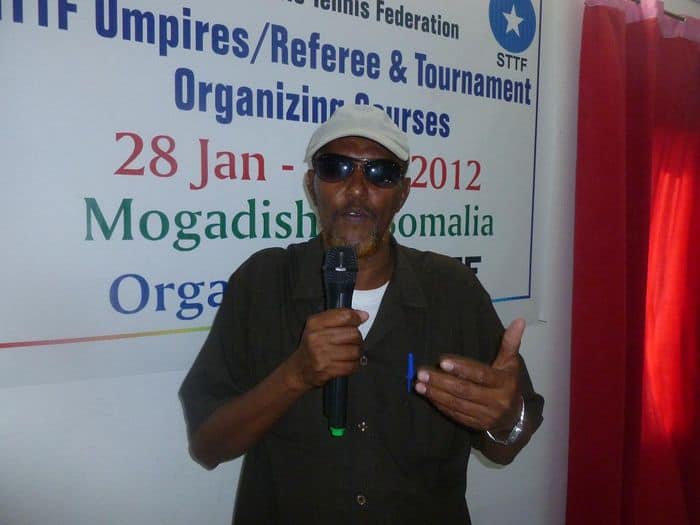