Four members of the Somali national football team were injured today in a car accident in Dare Salem as they were coming back from a training base.

The Ocean stars are now participating in the Council of East and Central African Football Associations (CECAFA) senior challenge cup which is taking place in Tanzania.

Arab said that the two cars collided with the bus carrying the Somali team. They were on their way back to their hotel in Dare Salem after training.

Somalia arrived in Dare Salem on Sunday. They played their first match against Burundi which defeated Somalia by 2 goals to nothing. According to the fixtures, they are due to compete in Tanzania later on Tuesday.

The Somali seniors have been training in Djibouti for the past two months in preparations for the on going CECAFA tournament. 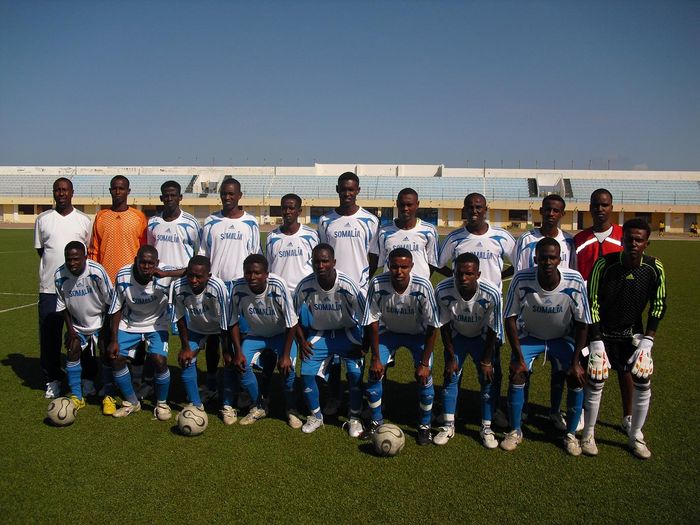 The U-23 are also training in Djibouti where they are preparing for the second leg of 2012 London Olympic games qualifying match against Sudan on December 18. The match will take place in the Sudanese city of Um Durman.

Abdulkadeer Ali Guelleh of the Dallo airlines football Club has been seriously wounded by a stray bullet during training in Mogadishu on Monday. He is now in a critical condition.

He was training here at the open ground of Somali police academy when a stray bullet hit him on the chest. He was being treated at the Madina hospital in Mogadishu his coach Abdullahi Siyad told reporters in Mogadishu.

Somalia is very dangerous place where players are of prey of attacks. But Somali Football is still working whatever it takes to win.

Somalia lacks a functioning central government since the 1991 downfall of former military rule of the late dictator General Mohamed Siyad Barre. Wars, famine and humanitarian disaster have killed more than half a million civilians.