The first phase of a 10-day long futsal for peace tournament that aims to encourage the stabilization of Somalia’s lawless capital and create friendship among the war-weary Somali youth has successfully concluded in Mogadishu on Saturday afternoon.

The competition gathered young boys from 6 districts in the war-devastated capital Mogadishu was funded by the 2nd Somali Youth League which used sport as a tool to unite Somali youths and protect them from being monopolized by terrorists in the country. 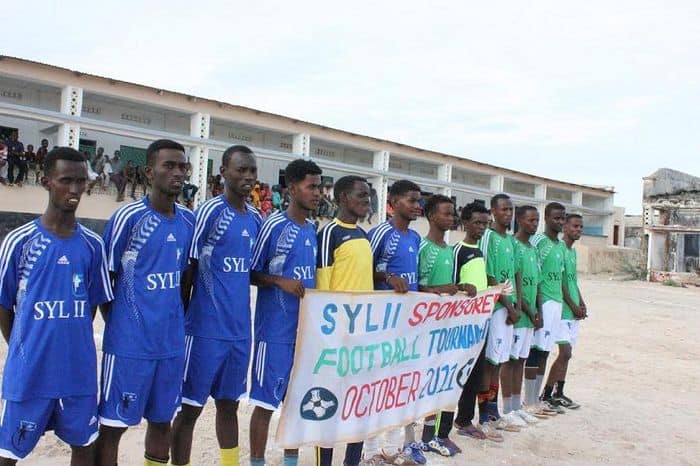 “We are very cheerful that the first round of the tournament has now come to an end. The teeangers who are taking part in the tournament are representing their districts but they are all members of the SYL 2 students who have been taught different sport and job skills for the past three months,” senior SYL 2 official Farah Hajji Ali told the media.

He said the peace tournament which is due to conclude Friday next week will be a monthly event in a bid to evaluate how the youths are developing in sport.

“Next month we hope that our students will also compete in athletics and table tennis,” the senior official within the SYL 2nd noted during a press conference on Saturday afternoon.

For his part as the president of Somali Football Federation, Mr. Said Mahmoud Nur said the SYL was in collaboration with SFF in terms of football promotion in the country and praised the youth group for choosing football as a tool to create friendship among Somali youths. 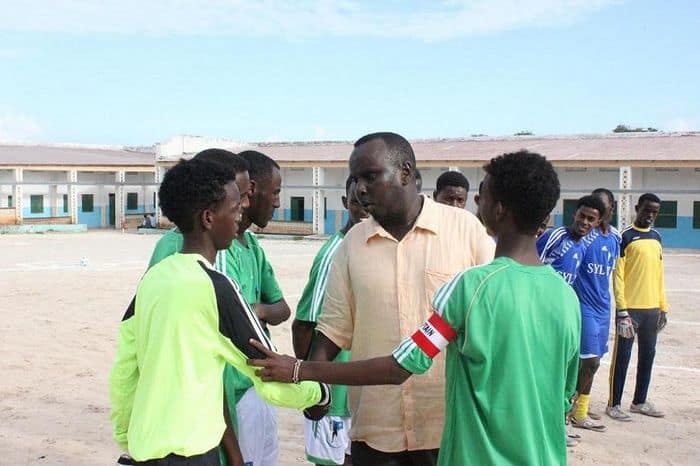 “The SYL 2nd has made a good start and I urge other governmental or none governmental organizations operating in the country to give a particular consideration to football which is the biggest sporting event not only in Somalia, but throughout the whole world,” the Somali Football Federation head said during a press conference with the SYL officials at the Mahmoud Mire school in Mogadishu where the tournament is under way.

He said football is the only tool that can bring over one hundred thousand people on one place at the same time and it has a big role in introducing peace into such chaotic country which has been experiencing one of the world’s most notorious civil wars and terrorism for the past two decades.

More than 500 Somali youths including boys and girls are enrolled at SYL schools in Mogadishu. They are taught computer, mechanics, journalism, tailoring and sport.

Some of the teenage boys who enrolled at SYL school were disarmed under the SYL-funded ‘swap the gun for job and sports’ campaign which started in the capital and spread throughout the central regions last year. 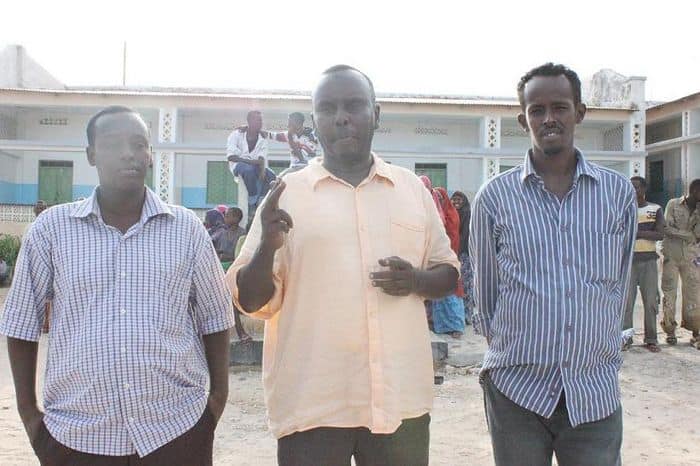