Elman, a prominent first division football club in Somalia gave a one nil lead to its SITT opponents in a prominent match during the on-going Somali Football championship games on Thursday with the presence of Somali NOC and FA presidents.

“Most of you are national team members and this is a very hot game that assembled such big number of spectators. We want you to show good exhibition and fair play,” chairman of Somali Football federation competitions committee Ali Abdi Mohamed told both teams before the match.

Thursday’s match was the most popular and as well as the hardest since the first division championship restarted in Mogadishu last month. Each of the struggling teams tried its utmost to win in Thursday’s game. But it was Elman’s lucky day to win the championship match.

Elman FC and the national team striker Abdi Aziz Mohamed Ali scored the lone goal for his team in the 34th minute of the first half of the match. The SITT boys made many attempts, but they lost more scoring opportunities. The result of the competition ended in 1-0 in favor of Elman boys. 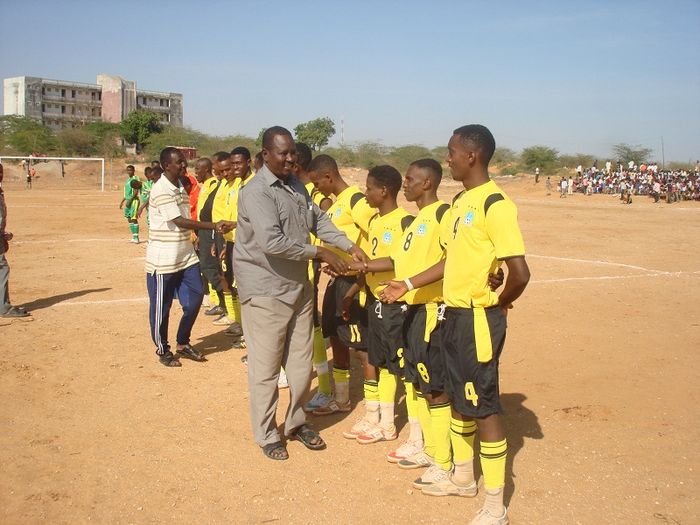 The president of Somali National Olympic committee Aden Hajji Yabarow (Wiish) and SFF President Said Mahmoud Nur were among the top officials to watch the game. Mayor Mahmoud Ahmed Nur of Somali capital and SFF deputy secretary General Abukar Islow Hassan were also among the prominent spectators of the game. 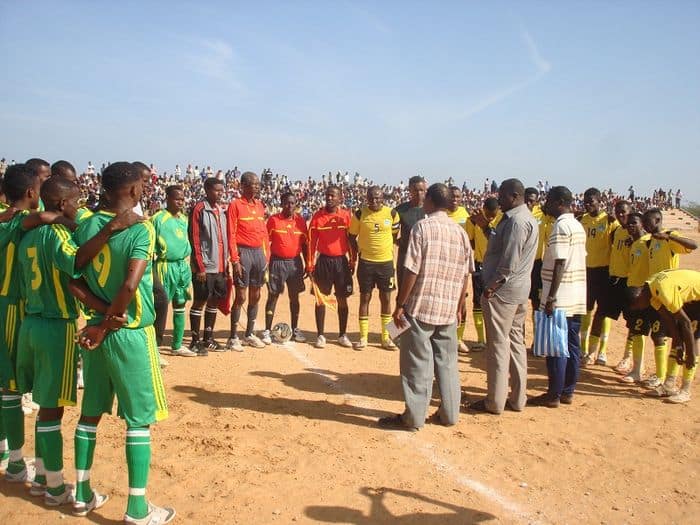 At least one 3rd of Thursday’s match viewers came from various Somali regions. They rrived in Mogadishu for the past several days in preparations for watching Elamn-SITT play.

As shown in the fixtures of the championship, Banaadir Telecom will play against Supper Shell on Friday afternoon. Saturday and Sunday will be rest days for the players. 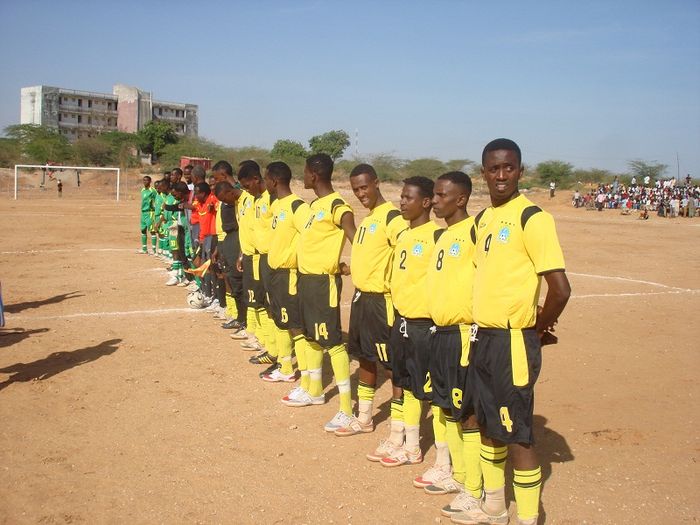 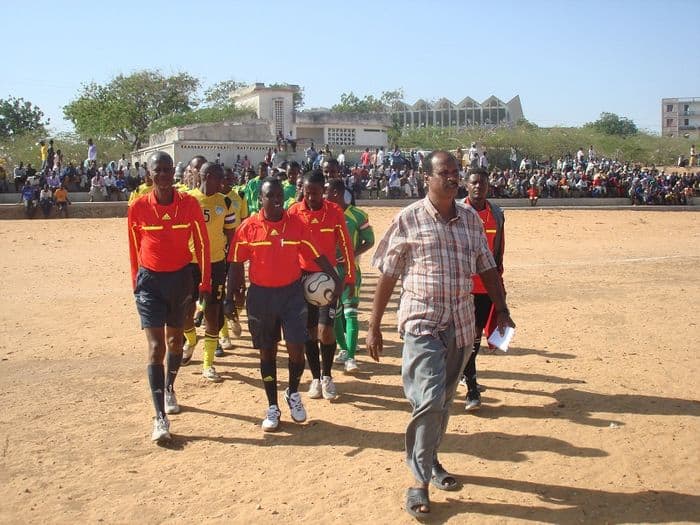 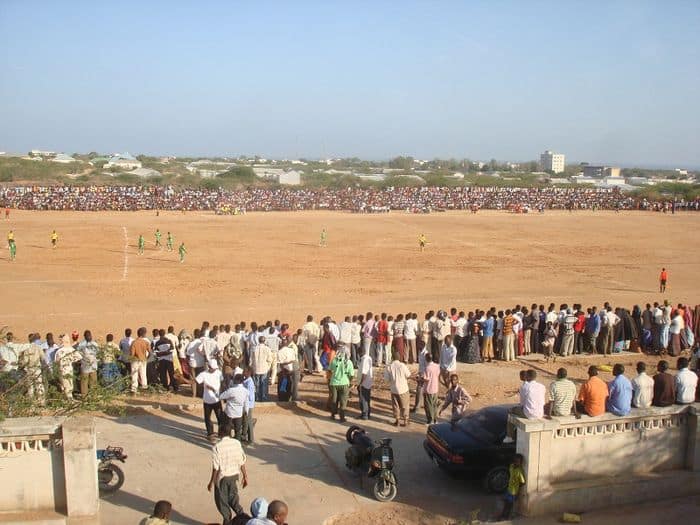 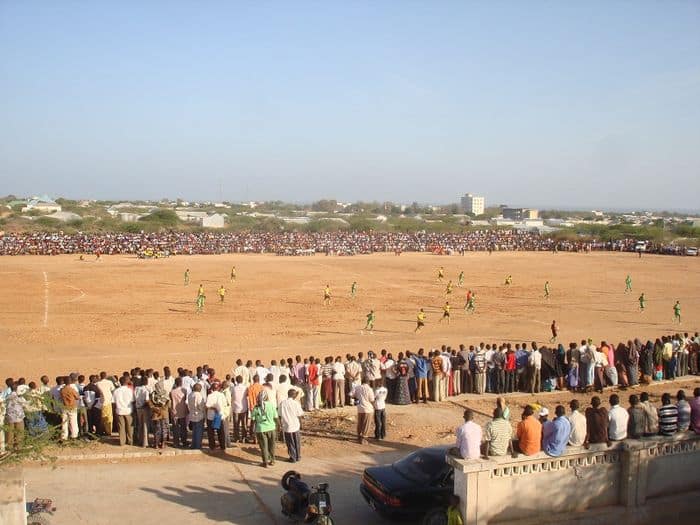 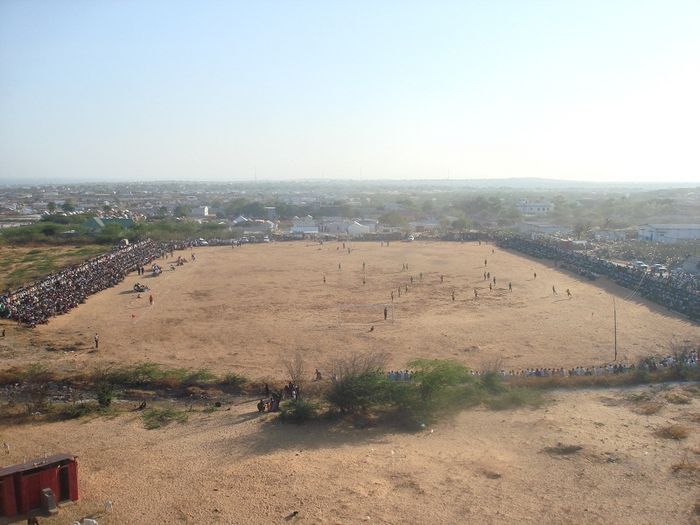 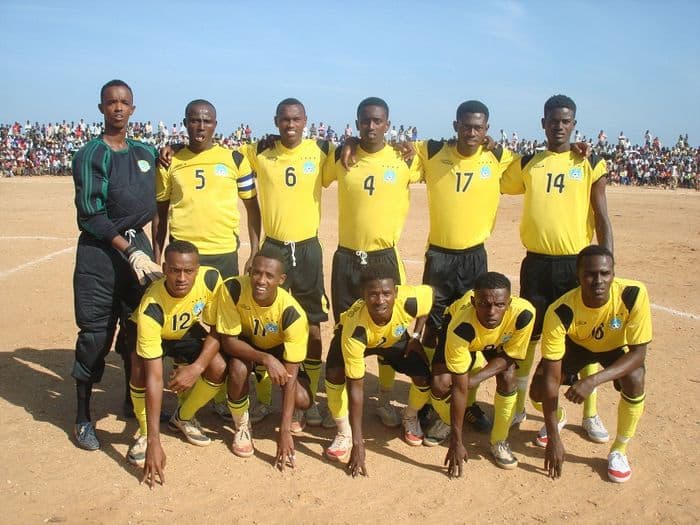 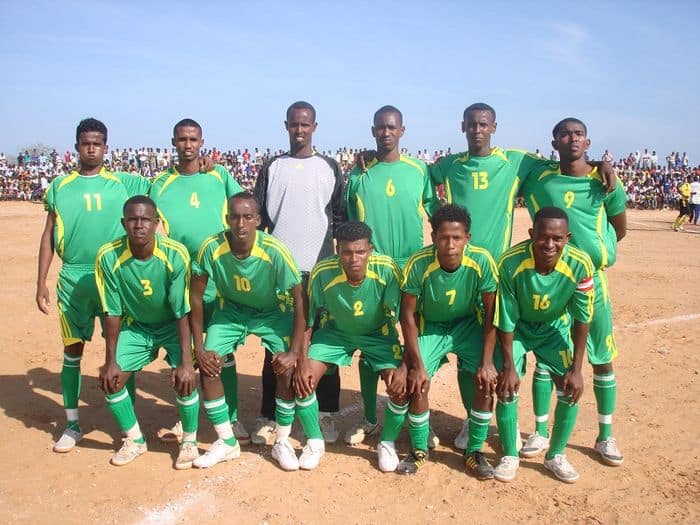 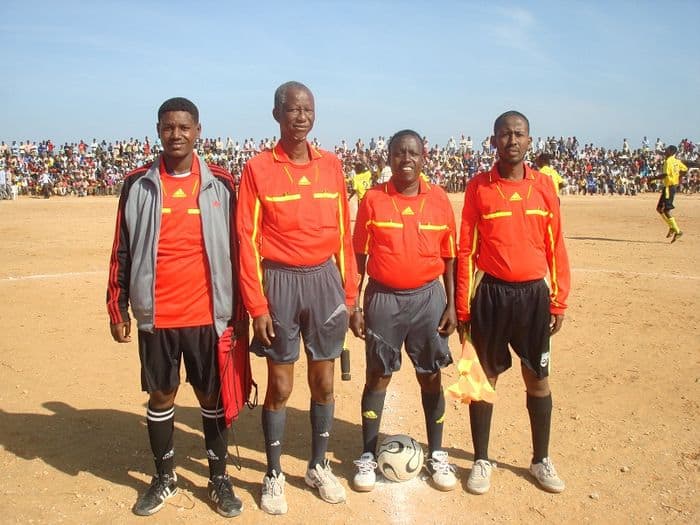