Defending champions Elman FC defeated Badbaado FC by 3-1 in the opening match of Somalia’s 2012 division A championship which kicked off at the Somali University Stadium in Mogadishu on Monday. 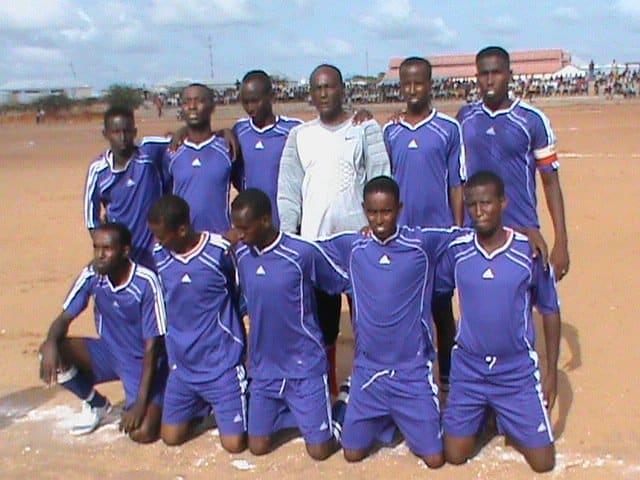 Before launching the competition a minute of silence was observed in the remembrance of the late presidents of Somali National Olympic committee Aden Hajji Yeberow and Somali Football Federation Said Mahmoud Nur who were killed in a suicide attack in Mogadishu on April 4 this year.

Somali Football Federation Secretary General Abdi Qani Said Arab who addressed the colorful ceremony intended to mark on the launching of the competition said the league was due to be played on Banaadir Stadium in Mogadishu, but was transferred to the University stadium because of the delay of Banaadir Stadium construction. 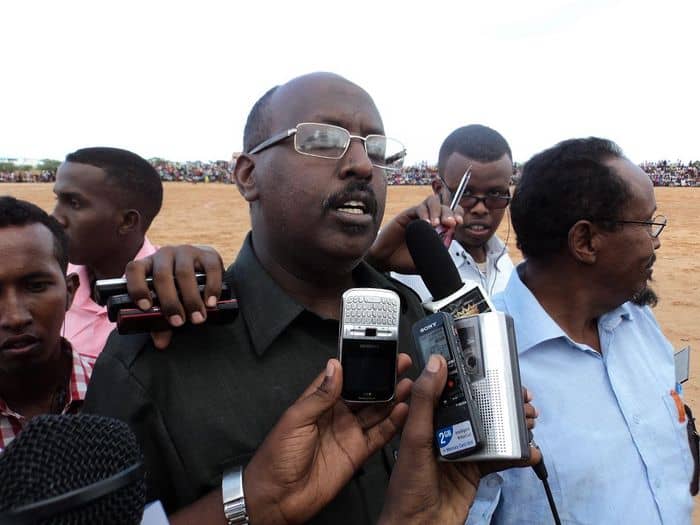 “The Dutch-based construction company Greenfield told us earlier in the year that they will complete the construction by before mid May. We established more contacts with FIFA and Greenfield in a bid to speed up the construction so that we can have our league to be played on international style stadium, but that didn’t happen because of the delay from Greenfield,” the SFF secretary General told the opening ceremony.

He said FIFA contacted Greenfield Construction Company which pledged to FIFA that the stadium will be ready some time in July adding that his federation was very hopeful that the second leg will be played on Banaadir Stadium. 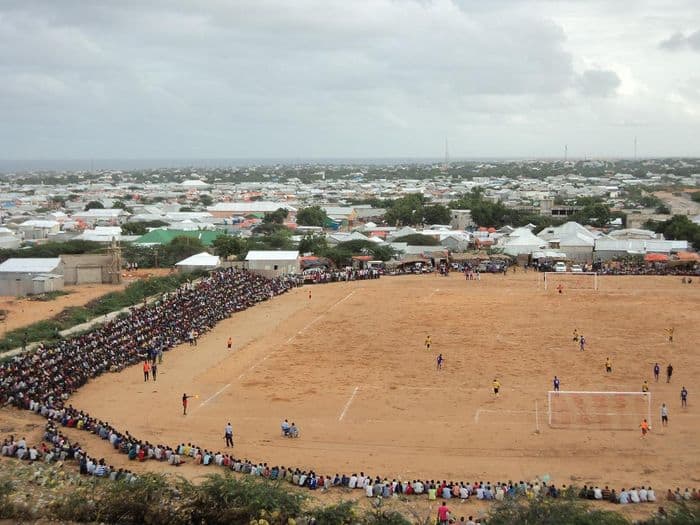 Abdi Naser Said Seef who chairs Somali youth sports association in UK told the opening ceremony that his association was very much jubilant at the successive activities by Somali Football Federation which has been operating in a lawless country for over two decades.

“We stayed in Europe and we didn’t know more about what is going on in the country, but today we see a real football activity. On behalf of Somali youth sports association in UK, I praise the Somali Football Federation authorities for what they are doing for their people and country” Mr. Seef added. 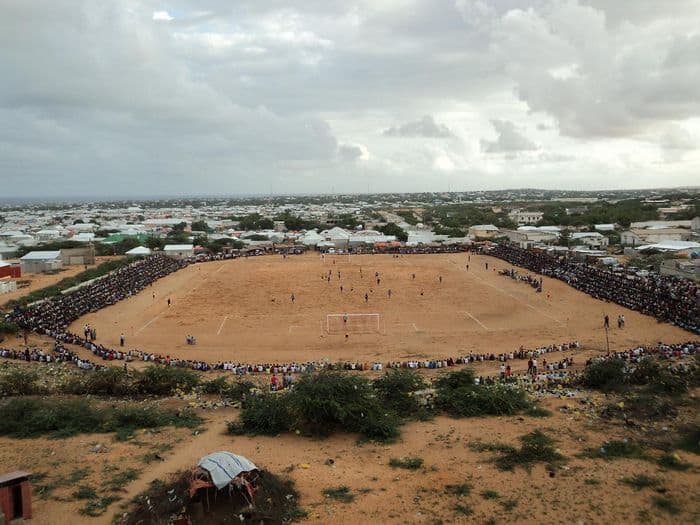 “I praise the leaders of our clubs who really played a key role in the promotion of football in the country for the past 22 years during which we experienced what we can call as the ‘world’s worst conflicts’ in this century. They really protected Somali Football from collapsing and we are very grateful to them,” the SFF president told the ceremony before announcing that the competition was open. 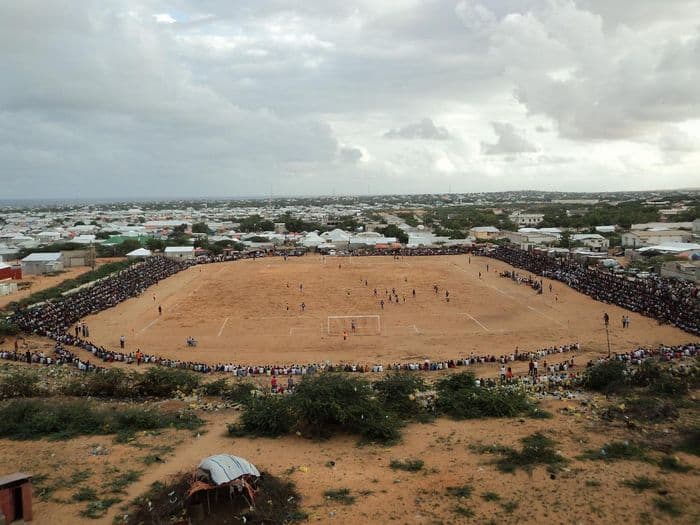 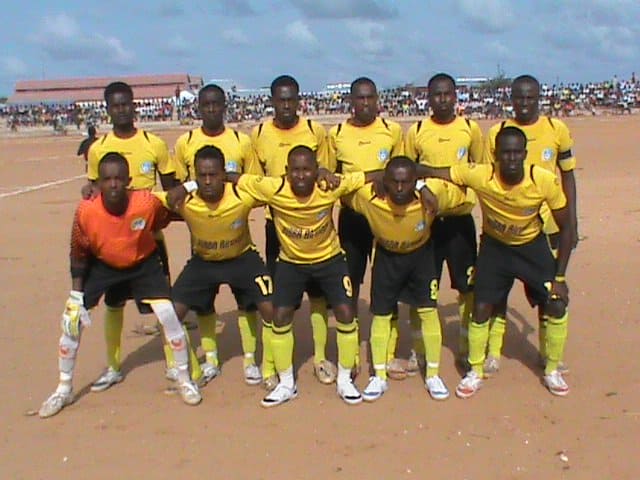 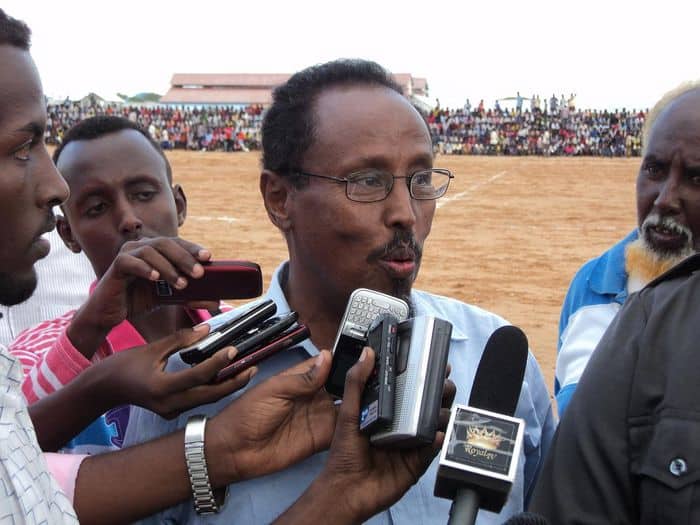 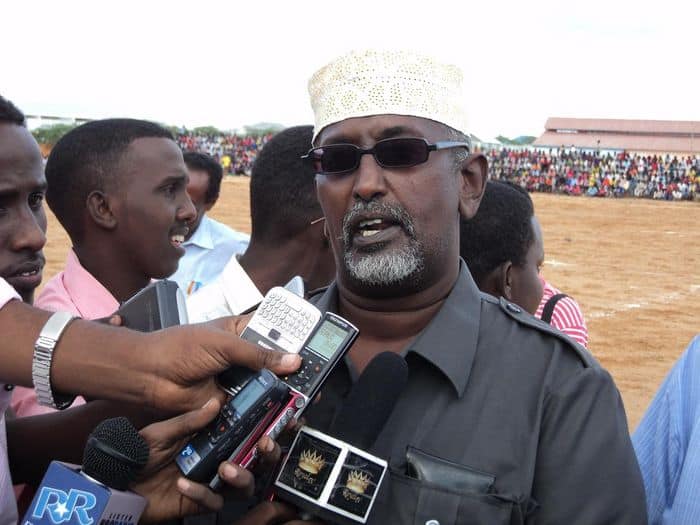 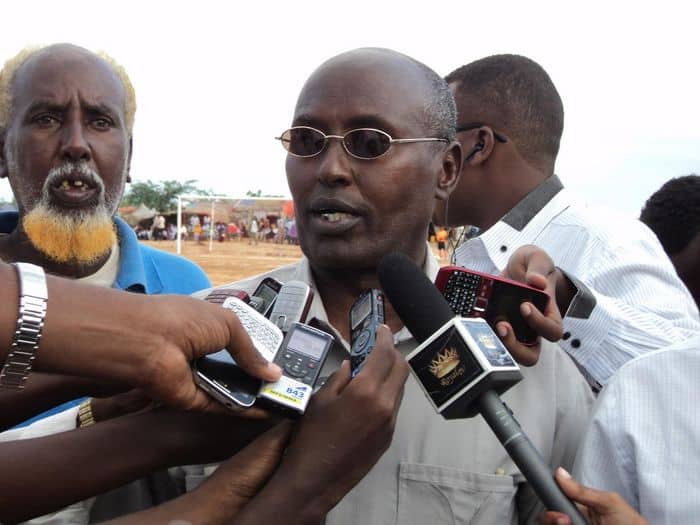 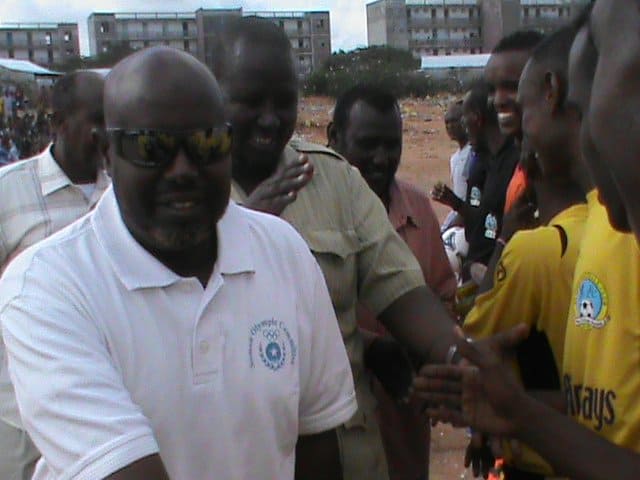 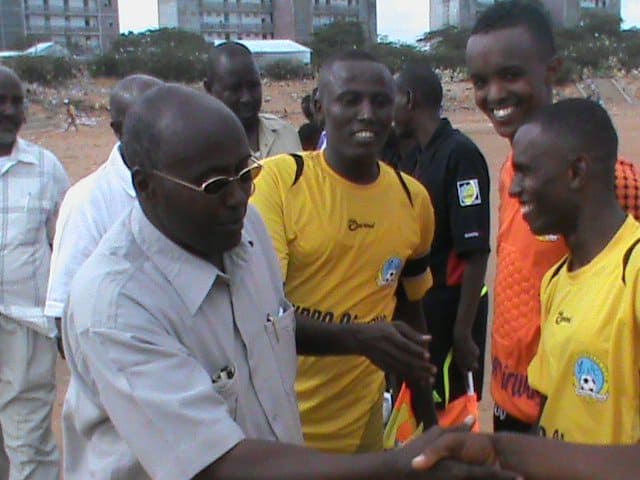