Elman, a powerful football club who plays in Somalia’s division one football championship defeated Mogadishu port club ‘Dekedda’ by 5-1. The game was described as the biggest humiliation since the 1st division soccer championship was started in Mogadishu in January this year.

At least 15 minutes before the end of the first half of the match, Elman and national team striker Abdi Aziz Mohamed Ali known as ‘Hoomey’ headed a ball passed by Abdullahi Yusuf Osman and scored into the Port’s goal. The first half ended in 1-0 with Elman having the lead. 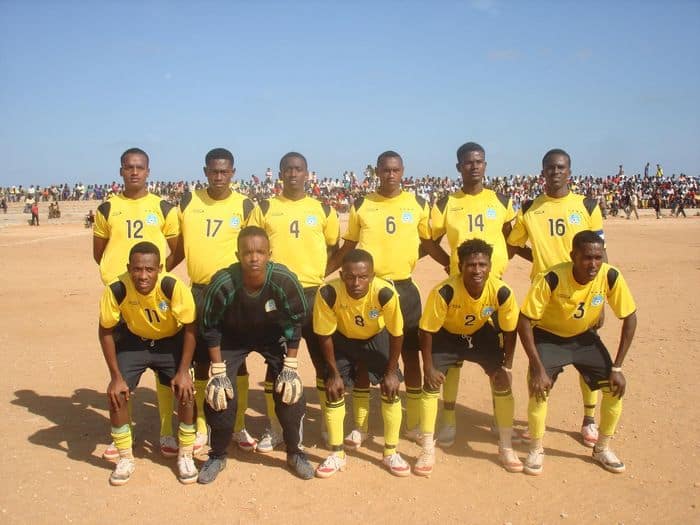 Striker Abdi Aziz Mohamed Ali is currently leading the goal scoring contest with 9 goals. “I am very hopeful to be the top goal scorer,” he told the reporters.

Sa’ad Saleh Hussein and Hassan Ali Roble scored the 4th and the 5th goals for their Elman FC in the 79th and 88th minutes of the match. But Abdi Aziz Hassan Ali of Mogadishu port ‘Dekedda’ scored the lone goal for his team in the 89th minute of the match which finally ended in 5-1 in favor of Elman Football Club.

“This is some thing that my boys and I have been aiming before the match has started,” Elman FC and Somali U-17 coach Yusuf Ali Nur told a post match press conference. 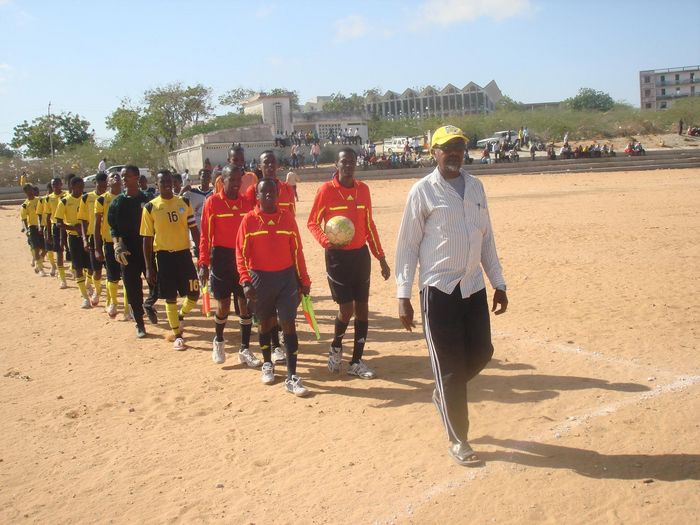 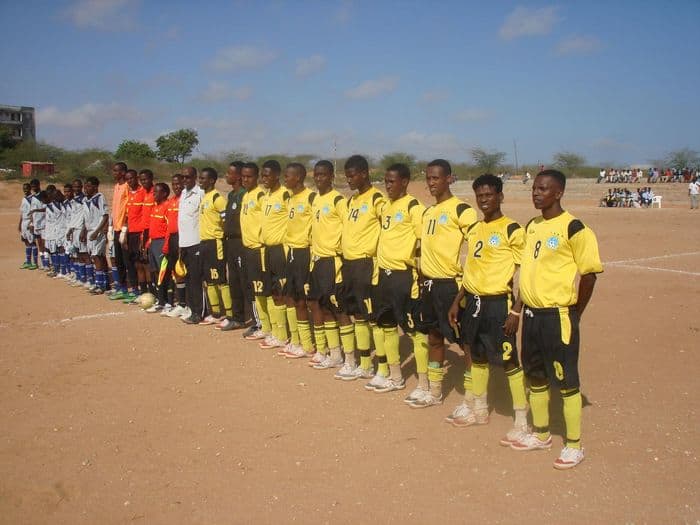 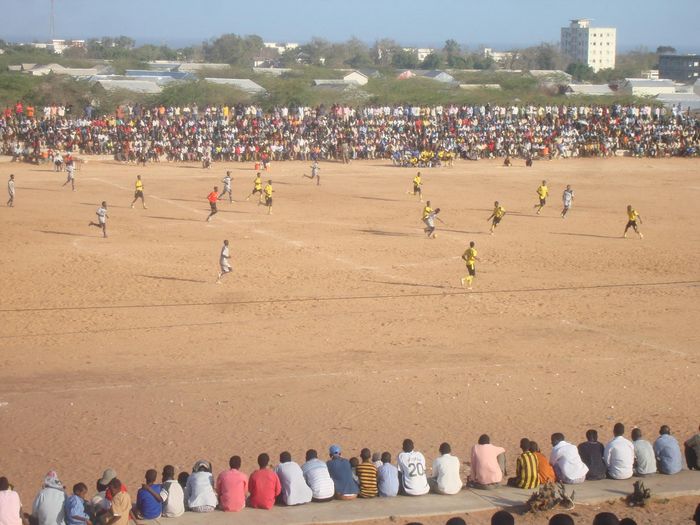 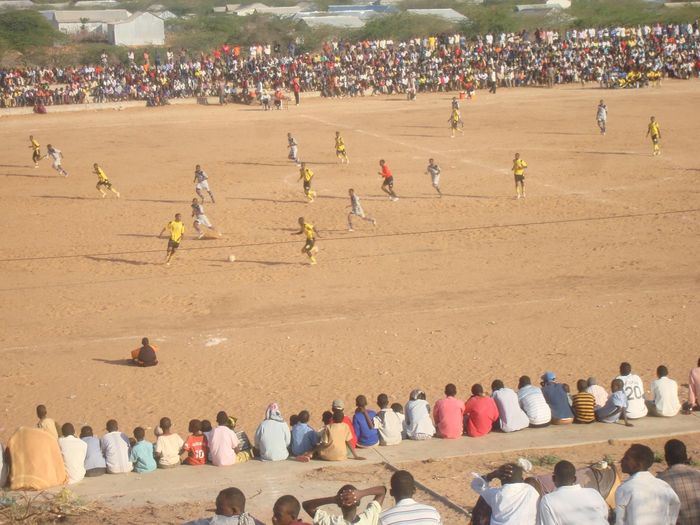 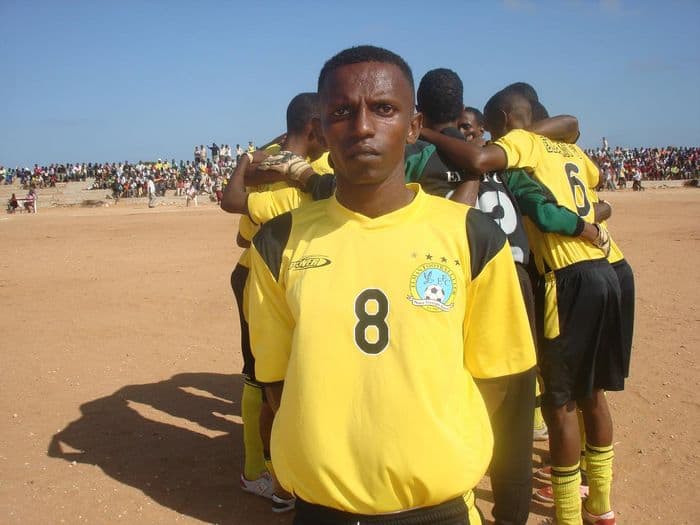