As part of its efforts to revive women’s football in the small horn of African country the Djibouti Football Federation has successfully concluded a ten-day long tournament for 8 women’s teams representing schools and colleges in the capital and surrounding regions over the weekend.

Girls representing the fukuzawa College have won the tournament which was the first of its kind to be organized in Djibouti for several years, according to president Souleiman Hassan waberi who addressed at the closing ceremony of the tournament at the national technical centre on Sunday evening. 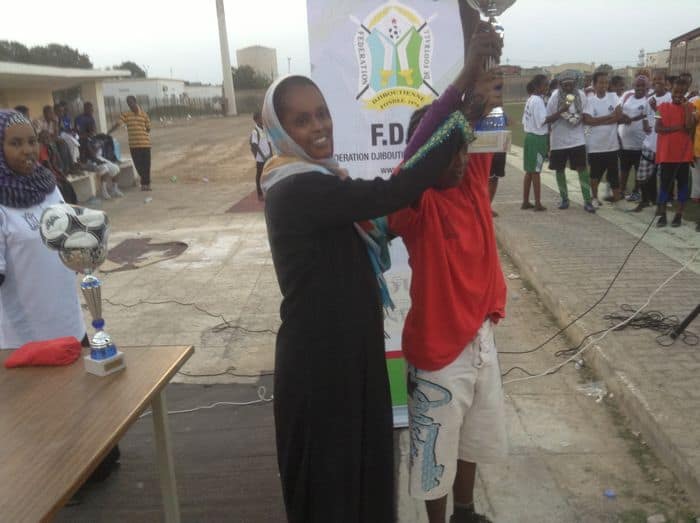 “The holding of this tournament has two main objectives for us, one is to mark and honour the international women’s day the 8th march which was the day we started the tournament and the second objective is to hunt members of our future national women’s U-17 squad from the competition,” President Souleiman Hassan Waberi told the closing ceremony Sunday.

He explained that girls between 12-13 years of age took part in the ten day-long competition during which the technical department selected nearly 65 girls who were the most talented ones in the tournament.

“We have drawn special training program for these young girls who have good future in football and I am sure they will have the capacity to represent their country in future youth competitions,” the president said. 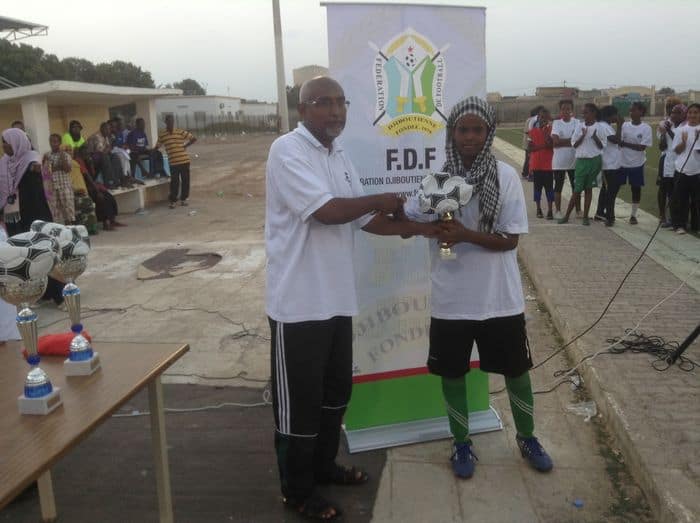 He said Djibouti Football Federation was committed to encouraging women’s football as the FDF wants to see expanded women’s involvement in football.

“I congratulate you on your victory in the tournament and I pledge here in front of public that we will do at our utmost to take women’s football from the bottom up to the highest level-that was what we told the leaders of world football and we are committed to implementing it,” President Souleiman Hassan emphasized as he was presenting the trophy to the captain of fukuzawa College girls who won the tournament.

Representatives from the ministry of education and the ministry for youth and sports, club chairmen, schools principles and other guests were present at Sunday’s conclusion ceremony at the FDF technical centre.