With the 6th championship for Somalia’s 3rd division soccer clubs interestingly ongoing at the open ground of the Somali police academy, the CCD FC, a football club owned by the Center for community Dialogue (CCD) is leading the championship which started in Mogadishu on the 1st of November.

The CCD FC players on Monday afternoon humiliated their Spade rivals by five goals to nothing which was described the biggest defeat during the competition.

On the other hand the Jamhuuriyo FC which has 6 points will date Gasco on Wednesday morning while CCD Football Club will clash Qodxaaley in the afternoon on the same day. 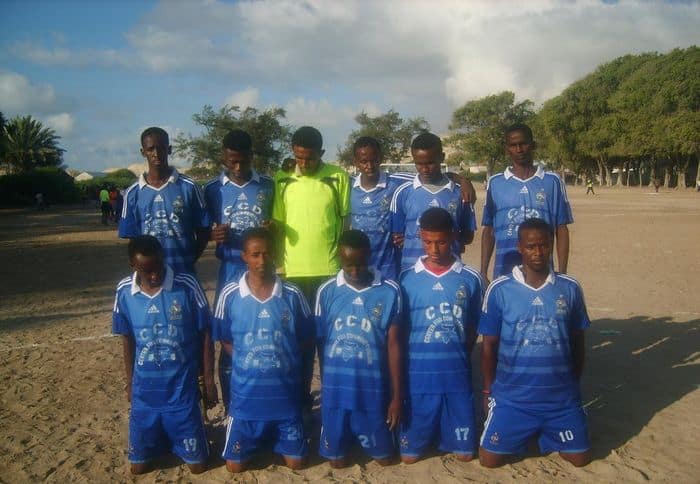 Although Qodxaaley is one of the strongest clubs in the championship, the chairman of CCD FC Bashiir Salaad Barre (Bashiir Dheere) who talked to reporters on Tuesday praised his players saying that they will defeat their opponents.

“We have high hopes of winning the championship” Bashiir Dheere said during his Tuesday’s press conference in Mogadishu.

Meanwhile, the Bariga Dhexe FC which is based in the Afgoie district in the lower Shabelle region humiliated its Geeska Afrika rivals by 3-2 in a hotly-contested match on Tuesday afternoon.

It was the first time that Bariga Dhexe FC wins a game since the championship kicked off in Mogadishu on the 1st of November and it has only three points.