Forty-four gay rights activists were reportedly arrested when the police raided the headquarters of Gays and Lesbians of Zimbabwe (GALZ) in the capital city of Harare.

Reports say the GALZ activists were preparing for the launch of a report on LGBT discrimination in the country when police raided their headquarters and violently arrested them.

However, the Harare central police station released them on Sunday without charge. 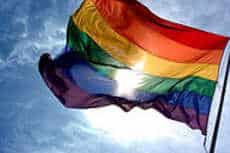 The arrest of the gay activists has sparked international condemnation.

At DC, Department Spokesperson Victoria Nuland says the United States condemns the Government of Zimbabwe’s violent arrest and detention of members of Gays and Lesbians of Zimbabwe on August 11 and a second raid by police on August 20.

She cites that several of these members sustained serious medical injuries from the attacks and were detained without charges.

The Government of Zimbabwe has also targeted these same members’ homes and singled out their families for interrogation and harassment, she reported.

She says the US is deeply concerned when security forces become an instrument of political violence used against citizens exercising their democratic rights.

The US calls upon the Government of Zimbabwe to end this pattern of abuse and to eradicate the culture of impunity that allows members of the security sector to continue to violate the rights of the Zimbabwean people.

President Obama has directed all US agencies to protect and promote the human rights of lesbian, gay, bisexual, and transgender persons abroad.

The United States has strongly supported efforts to codify and enshrine the promise of equality for the LGBT community.

Since taking office in 2009, the Obama Administration has worked tirelessly within the UN system to advance the human rights of the world’s LGBT persons.

The United States has championed the first UN resolution dedicated to advancing the basic and fundamental rights of LGBT persons.

In December 2010, on Human Rights Day, US pledged to restore language including LGBT individuals in a resolution condemning extrajudicial killings.

The US government has far more work to do before LGBT friends, neighbors, parents and children live in a world free of discrimination. However, the US asserts that through steadfast defense of universal values, persistent engagement with international partners, and the full force of U.S. efforts under the law, the world will get there.