At least 15 Somali Athletics coaches have successfully completed International level coaching course held in the neighboring Djibouti from 15th-24th of February. A highly arranged ceremony intended to close the course was held at the meeting hall of Djibouti’s Football Federation with the participation of top sporting dignitaries from both countries.

IAAF Lecturer Mr. Severe Joel who first addressed at the closing ceremony thanked Djibouti for hosting the course for Somali coaches. He said that he and his colleague Devalet Giovani have spent lovely days in Djibouti. 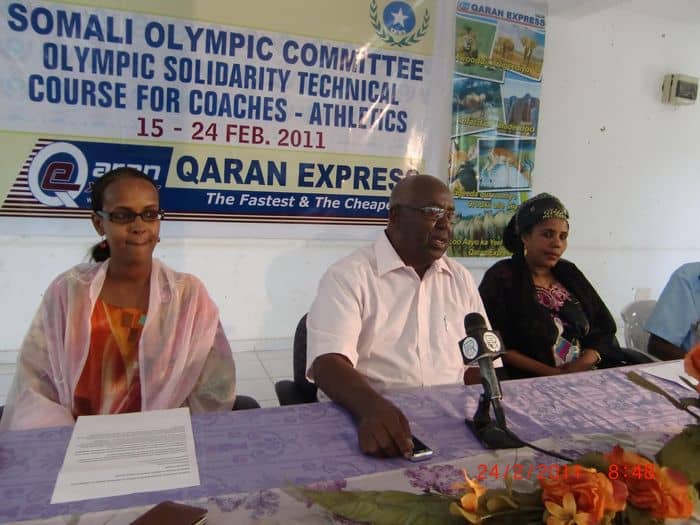 “On behalf of the Olympic’s solidarity and IAAF, I am very grateful to the Djibouti Olympic committee and Athletics federation for their warm welcome. The respect and the good hospitality they gave us will always be remembered,” Mr. Severe Joel said during his address.

“For all the coaches, I am very confident that you will convey what you have learned here to the kids in Somalia so that sports in Somalia will develop,” he said to the participants of the IAAF level course.

Severe Joel said that all his coaches have passed the final examination. Both lecturers Severe Joel and Devalet Giovani, are from Mauritius, a small island in the Indian Ocean. While former Athlete and current national instructor Abdulkadir Arale Omar was assisting them as their translator. 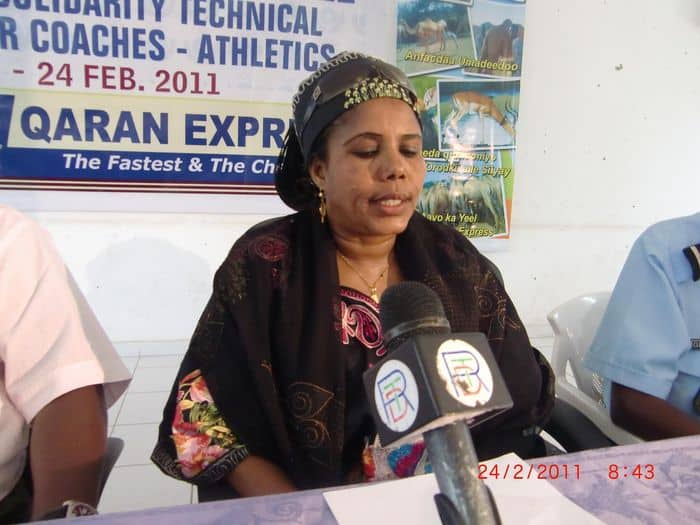 Somali Athletics Federation vice president, Khadija Aden Dahir, said that the course was a golden chance for her federation who is in huge preparations for the upcoming All African games and All Arab games.

“I send my particular gratitude to the instructors who came here to teach our coaches, the Djibouti national Olympic committee and the Athletics Federation who gave us every possible assistance for the successful course here in Djibouti,” the vice president said in her address.

The president said that he was very happy with the successful course for Somalia. He added that more other courses for different sporting federations will follow as part of NOC’s policy to develop sport in Somalia.

“On behalf of Somali NOC, I thank the Olympic’s solidarity for its successive assistance to Somalia,” the Somali NOC president said and announced the closure of the course.

Meanwhile on Thursday evening, a farewell dinner ceremony was prepared for the lecturers before they flew back to their homeland before dawn on Friday morning. 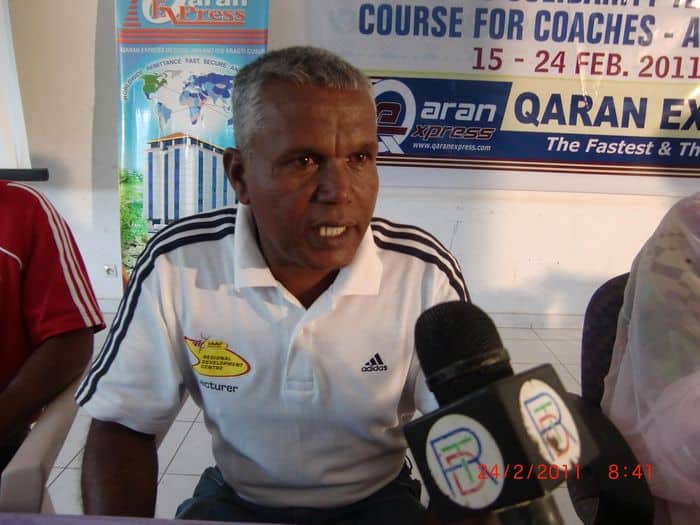 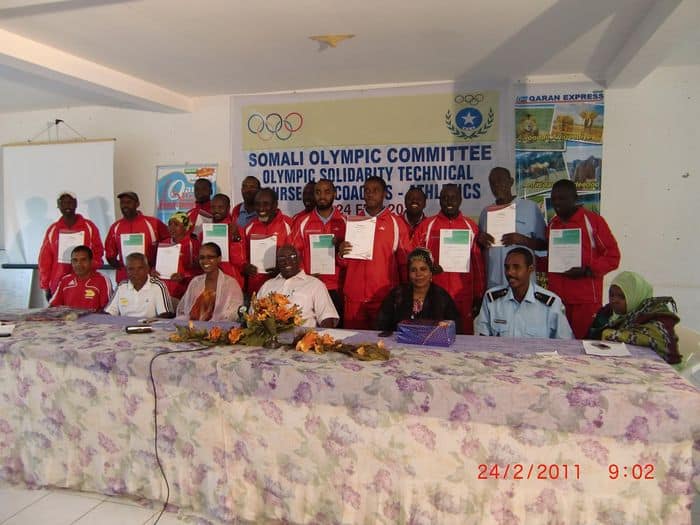 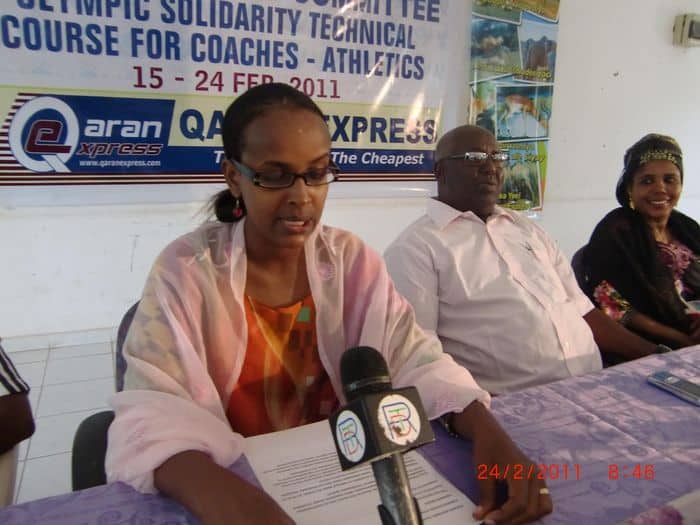