In late May 2002, Steve Burton checked back into General Hospital as Jason Morgan, enforcer for friend and boss Sonny Corinthos. Jason is one of its most popular antiheroes: the bad boy with a good heart, the champion for freedom of choice, the champion of truth, the white-black knight, and the James Dean of organized crime. He continues to reconnect with Elizabeth Webber (Rebecca Herbst) at Kelly’s, where she caught her sister Sarah and then ex-fiancee Lucky Spencer (Jacob Young) in bed together.

Later that night, she and Jason went back to her studio, and began to vent and get upset but started to calm down, as Jason listens. Elizabeth regrets not listening to Jason about Lucky, and wished that she’d hop on his bike, gone to Italy with him, and never looked back; she knew what her desire was that night, and decided to go for it.

Jason: What do you want?

Elizabeth: I want you 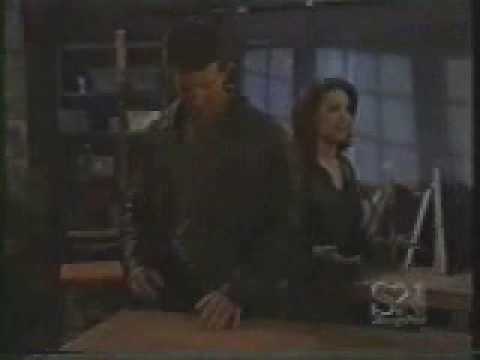 It was on this day seven years ago that Jason & Elizabeth shared their first kiss after three years — and two almost kisses. Sadly, though, it’d be another four years before their “Night of Passion” at Jason’s penthouse that conceive their son, Jacob Martin, who recently turned two last month. Still, their first kiss kicked off what was going to be the summer of Jason Morgan & Elizabeth Webber — Liason — in the summer of 2002.