With Belarus drawing in the match with Ukraine, England needed just one point to qualify.

England began the match with plenty of determination and put pressure on Croatia from the word go.

England fans didn’t have to wait too long to see their team go ahead when Lennon was brought down and a penalty was awarded. No one could argue about the decision, Lennon was clearly penalised.

Frank Lampard successfully took the penalty on 8 minutes and England went into a 1-0 lead.

England very nearly went 2-0 up just 6 minutes later, but the Croatian goalkeeper made a great save. 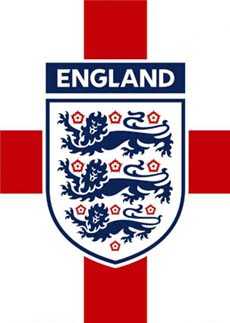 Croatia had to wait until the 17th minute before they got their first shot at goal, but it went well over the bar.

On the 18th minute Lennon was back in the action again and his cross enabled Steven Gerrard to head the ball into the net, increasing England’s lead to 2-0.

Lennon had a shot at goal himself towards the end of the second half, but the goalkeeper managed to deflect the ball with his fingertips.

Heskey also had a couple of chances, but couldn’t quite manage to find his way past the keeper.

Croatia made a little more effort in the opening minutes of the second half, something that was badly lacking in the first 45 minutes, and Da Silva was perhaps a little unlucky not to have been awarded a penalty after 10 minutes of play.

But it was Frank Lampard who put England into a 3-0 lead with a fine header after 59 minutes, as the referee played advantage when an England player was brought down. This was Lampard’s second goal of the match.

It was perhaps destiny that Da Silva should make-up for the penalty that wasn’t given earlier and he scored the one and only goal for Croatia after 71 minutes, following a defensive error by England.

Wayne Rooney must have thought Christmas had come early when the Croatian goalkeeper made the worst possible clearance from one of his own players, giving Rooney an opportunity he could not miss. His first goal and England’s fifth.

The match ended with England winning 5-1 in a well deserved victory. Admittedly, Croatia did not play well, but if England can reproduce this form in the World Cup finals, they would certainly have a real chance of becoming World Champions for the first time since 1966.

Even the England coach Fabio Capello (who normally hides his emotions well) found it difficult to conceal his obvious pleasure at this result and the knowledge that his team has qualified with two games to spare.