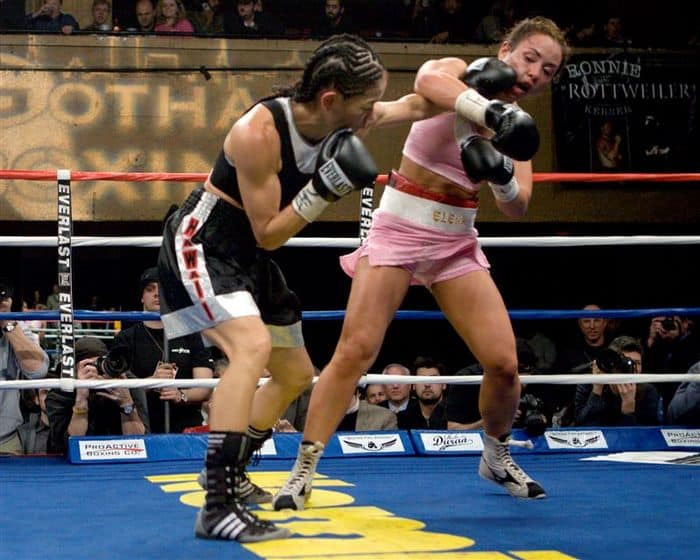 “Many promoters and managers match their fighters with low risk Chopped Liver,” Dave’s way of saying “Soft Matches,” fighters with little skill and/or experience against tougher opponents. Fearless of any risk he states, “We look to fight the best. In her class, Eileen Olszewski is the strongest fighter out there with endurance to back it up and will defeat anyone in the Flyweight (112lbs.) Division.” 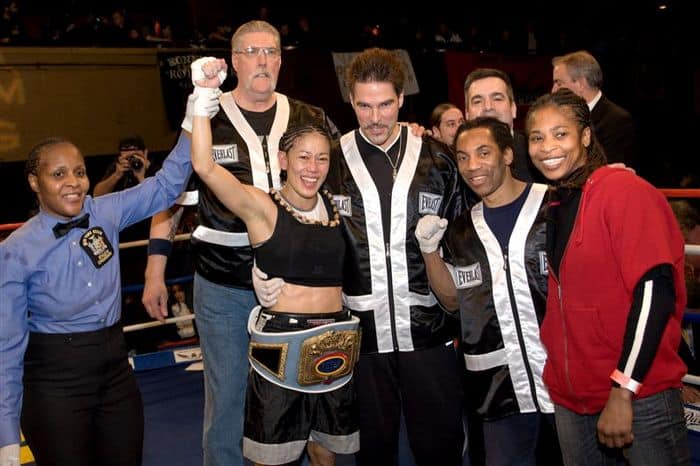 While a helpful guide, point systems do not tell a complete story. WBAN ranks Eileen and WBC titleholder Stefania Bianchini even for #1 with WBA titleholder Susi Kentikian #5. BOXREC’s point system, a compilation of points derived from a ratio of win/loss opponent percentages, ranks Eileen at #2 and Susi “Killer Queen” Kentikian as #1. But fans do not want to see a numbers game or a fight on paper. They want action in the ring.

Months before Eileen captured the WIBA title from Elena “Baby Doll” Reid in February, her manager repeatedly attempted to contact the “Killer Queen” team to gobble up their WBA belt. “They keep ducking us. You know, don’t call us; we’ll call you, out to lunch, have to walk my dog, Auvidersein. It was WIBA President Ryan Wissow who informed promoter Steve Bash that a bout between Eileen and Elena Reid would be a good match. But it seems that in Germany they’re afraid that the 39 year old (5-0), ‘Hawaiian Mongoose’ will make a quick meal of the 20 year old so called (20-0), ‘Killer Queen.’ It’s embarrassing, too many fighters bragging about wins and titles, and they haven’t fought anyone tougher than grandma. Better to risk losing like a Champ, than beating easy opponents like a Chump.”

In the meantime, Eileen’s appetite for belts focuses on the WBC title. Mandated to fight the winner of the Stefania Bianchini vs. Simona Galassi March 29th 2008 title bout in Italy, “The Hawaiian Mongoose” leaves the victor no place to hide.