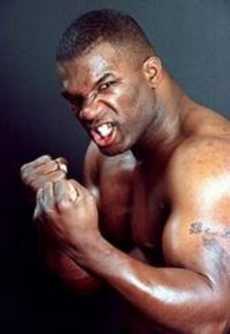 Unless the fighter is a friend or relative, a celebrity or you placed a bet on the match and want to get home early, few fans want to see a mismatch where one boxer pummels the other into an early TKO. Most audiences admire action, determination and heart from equally matched opponents. While he still has the goods, Cliff Couser (often referred to as “Twin Tyson” for his resemblance to Mike Tyson), hopes his new manager David Selwyn finds him some quality bouts.

Selwyn states, “In a year or two he might retire, but he’s won some big fights, and he still has the will and talent to hold his own in a tough heavyweight division. He had impressive wins over Monte Barrett and Cuban star Jorge Luis Gonzalez and some tough opponents such as Chris Arreola, Cedric Boswell and Tony Thompson that he did not train properly for. Now, he is refocused and dedicated.”

Boxing veteran for over a dozen years, Cliff realizes that for most fighters, the sport provides small paydays and little or no health and insurance benefits. “We all know that life after boxing is tough. You need to find a career. I plan to take up law enforcement and continue to spend time with my wife the way married couples should, enjoying the moment.” But before this Prize Fighter turns Crime Fighter, he wants to leave the boxing game with a few more impressive matches. He confidently believes he can still step-it-up in the ring and that his new management is honest and looking-out.