DALLAS – It will be the depth of Wisconsin’s line play pitted against the offensive minded enthusiasm of undefeated Western Michigan in the 2017 Goodyear Cotton Bowl Classic. The game will be a contrast of playing styles as they meet in the 81st edition, in Arlington, Texas on Monday, January 2, at AT&T Stadium.

This is the first Cotton Bowl Classic for either team. Wisconsin (10-3) and WMU (13-0) have met four times previously, all in Madison and with the Badgers leading the all-time series 3-1. The most recent meeting was on August 31, 2000, when the U. of W. defeated the Broncos, 19-7.

It is a classic Big Ten and Mid-American Conference respect matchup. The contest is providing many valid bickering points. The Broncos get some bragging rights because of Big Ten wins over Illinois and Northwestern.

“I’m excited for our players to have the opportunity to be a part of a game with the long and storied history like the Cotton Bowl has,” said Paul Chryst, Wisconsin head coach. “This game has featured a number of great programs and great players throughout the years and we are proud to now have a chance to be a part of that history.” 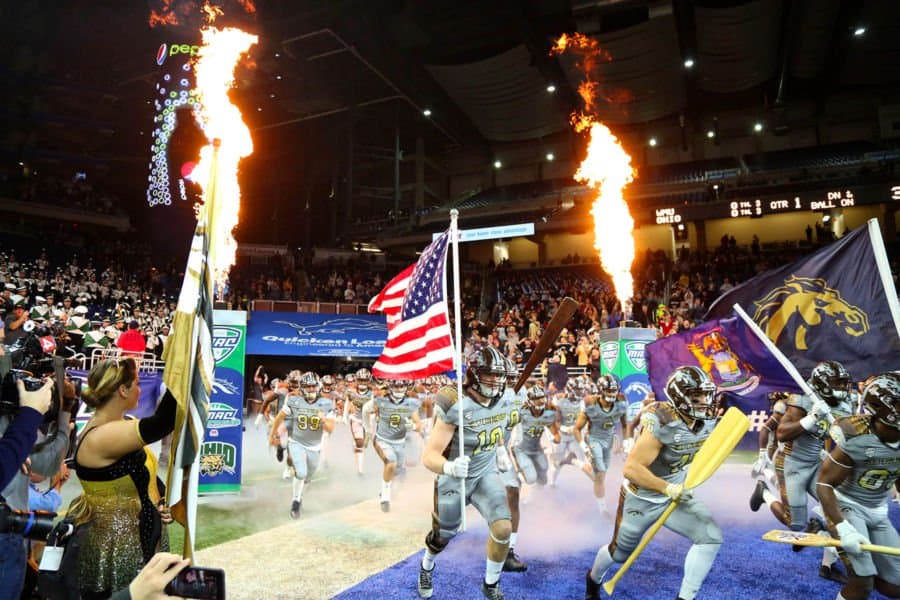 P.J. Fleck, Western Michigan Head Football Coach said in the pregame hype, “We are very honored and very humbled to be a part of the Cotton Bowl. Our goal all season was to take it one game at a time and this game will be no different. Coach Chryst has done a great job. This is a very talented Wisconsin team, and we’ve got a lot to prepare for. Row the boat, and we’ll see you in Arlington, Texas.”

The Broncos are led by senior wide receiver Corey Davis, who became the all-time Football Bowl Subdivision receiver in yards with 5,068 yards. He is the only player in FBS history with 300-plus catches, 5,000-plus yards and 50-plus receiving touchdowns.

Wisconsin prides itself on winning games in the trenches, and there are few programs anywhere in the nation with better and consistent offensive line play. Wisconsin is 17-4 in their last 21 games dating back to last season. Senior running back Corey Clement has rushed for 100-plus yards in seven of the Badgers’ last eight games which is tops in the Big Ten.

Wisconsin starting left tackle Ryan Ramcyzk will undergo arthroscopic surgery to repair a torn labrum in his hip after the Badgers face Western Michigan in the Cotton Bowl Classic.

Ramczyk’s recovery could take four months. Currently a redshirt junior, the UW-Stevens Point transfer is considering jumping to the NFL a year early. The surgery would prevent him from working out for NFL teams before the draft. This could prevent him from moving up on some draft lists. He has the size, being 6’6″ and 314 in weight truly will help his stock. Ramczyk said, “Everything goes by so quick. We’re already on to the bowl game now. I just wanted to learn the system and get better as a player.”