Race! Race! Race! As the kids say, “Gag me with Race!” I just read my Republican Senator Mel Martinez’s statement on why he is voting to confirm Sonia Sotomayor:

“Judge Sotomayor’s rise to the Supreme Court is testimony to the fact that the American dream continues to be attainable. As a Hispanic American, I take great pride in Judge Sotomayor’s historic achievement. Given her qualifications and testimony this week, I intend to vote in favor of her confirmation.” Excuse me Mel, but the woman is a leftist who will make decisions based on her “feelings” rather than the law. So as a supposed republican, why the heck would you vote for her? Is it because she is Hispanic? When will we ever get past race in this country?

Voting for Sotomayor simply because she will be the first Hispanic is the same racist reason many voted for Barack Obama. Studies and polls proved that many voters did not have a clue, nor did they care what Obama would do once in office. His black skin color trumped everything. “Let’s vote for the handsome well spoken black Santa Claus. This will kill two birds with one stone. One, it will prove we are a progressive country. Two, he promises to screw the rich. Cool!” 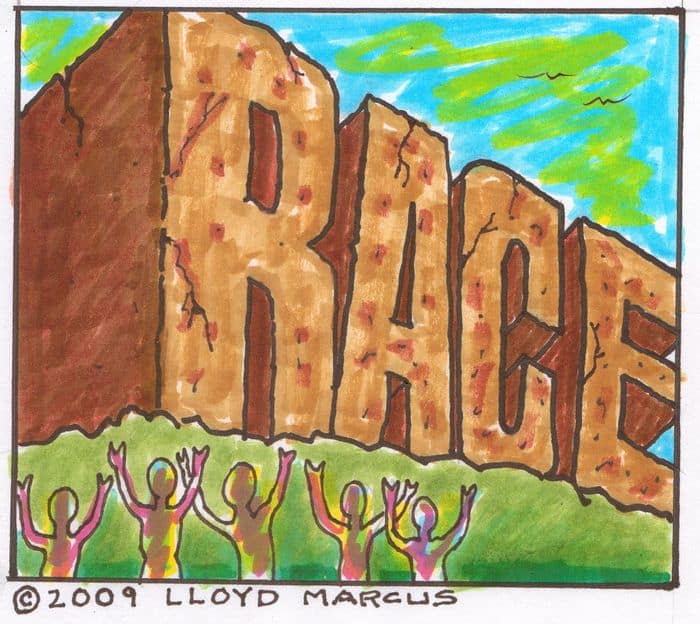 Annoyingly, even conservatives kept congratulating me on our first black president. I know they meant well. But what I was hearing is “This man is going to destroy our country, but you should be proud Lloyd because he is black like you.”

While proclaiming race should not matter, the democrats are notorious for making everything about race. Everywhere democrats go, they immediately count black faces. If the ratio to whites is not high enough, they break out their “racist” rubber stamp.

I remember when the “democrat race exploiters” attacked Major League baseball because not enough blacks were attending the games. Why should MLB be burdened with getting blacks to attend? Are they expected to come up with a racist stereotypical campaign like, “Yo, Ya’ll Come”! The democrats would probably love such a stereotypical campaign as they tend to perceive “authentic” blacks as lovers of rap music and guests on the Maury show having a DNA test to determine the father of the child of a woman who has slept with twenty men.

I was in the audience at a county grant review hearing. These elderly white veterans were seeking a grant for their museum which displays and restores WWII airplanes. The grant panel lectured and chastised them because not enough African Americans attended their museum. I spoke with the veteran gentlemen outside. They said, “We have tried to get African Americans to attend, but they seem uninterested.” They even asked me to be on their board. No thanks, my plate is pretty full. It was unsettling witnessing these veterans humiliatingly put on the defensive attempting to counter the panel’s implied charge of racism.

I am president of a nonprofit Arts Center. A grant required that we list the percentages of every ethnic group we have serviced. I thought I cannot do this because we do not keep those kinds of records nor do we even think of such nonsense. We simply serve our community, red, yellow, black and white, helping working class artists to fulfill their creative dreams. “So sorry 12 year old Sarah. You wrote a wonderful song to you terminally ill dad, but we cannot record it because you are white and it would throw off our racial percentages for this quarter.”

It makes me so crazy that republicans are so successfully branded as racists, while in reality, the party built on exploiting race and minorities is the democrats.

OK, I realize I wandered a bit. Back to Sotomayor. The fact that she is Hispanic or female should not matter. The only relevant question should be, “Will this nominee uphold the Constitution?” We must stop allowing race to trump reason and common sense. The stakes are far too high. I am talking about the future of America and our children. Do we want them living in a world with racial quotas? Or, a world similar to the TV show Star Trek, where all that matters is integrity and excellence in what you do?

President, NAACPC (National Association for the Advancement of Conservative People of Color) http://www.LloydMarcus.com