Could the title “Donald Trump: Nobel Laureate” be in the president’s future? With that thought in mind, a new Gallup poll finds Donald Trump at his highest approval rating in 11 months.

At the same time, those disapproving of Trump have dropped by four points to 53 percent. It appears that the high employment and a booming economy are making a difference in Trump’s presidency.

The popularity appears to an ongoing trend since early March. In April, the president’s approval rating actually hit 50 percent multiple times. That was the highest since the previous April.

In polling done in late April, Rasmussen discovered 41 percent of likely voters believe the country is on the right track. Fifty-three percent reported the opposite. The approval rating has been on the rise for months.

As a comparison, at the same time in Barack Obama’s presidency (May, 2010), the percentage of those who believed the country was on the right track ranged between the mid-20s to mid-30s, with 65 percent or more most commonly reporting it on the wrong track. 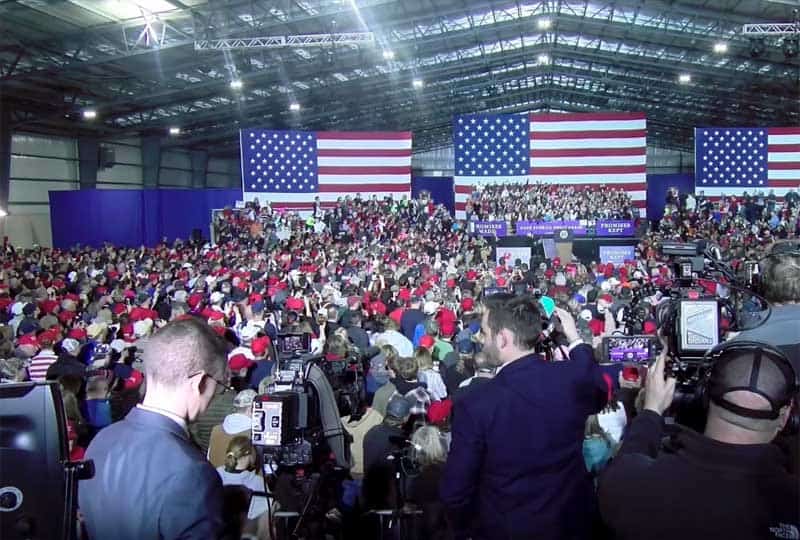 These are vitally important numbers for the Republicans as they enter the midterm election season. The president’s numbers appear to be coinciding with his role in brokering peace talks between North and South Korea.

South Korean President Moon Jae-in has commented that the president deserves the Nobel Peace Prize for his role in bringing about the denuclearization talks on the Korean peninsula. It could lead to an official end to the decades-long war between North and South.

Trump skipped the Correspondents Dinner in Washington last Saturday to attend a rally in Michigan. The crowd began to chant “Nobel, Nobel, Nobel!” when Trump discussed the ongoing Korean talks.

The president appeared surprised and made the comment, “I just want to get the job done.” If Trump were to be nominated for the Nobel Peace Prize, the liberal press would have a conniption fit. Their adored President Obama was undeservingly awarded the prize shortly after taking office. To this day, most people are scratching their heads wondering what he did to get it.

New polling indicates the Republicans will take between three and eight additional seats in the Senate. Democrats that had predicted a “blue tide” for the congressional elections may have to be satisfied with as little as 15 additional seats.

Rumors have already begun to circulate about ousting House Minority Leader Nancy Pelosi. Her far left agenda is being seen by many moderate Democrats as ruinous for the party’s future. The question now has become, is it too late for 2020 elections?