The many critics of President Trump feel the sky is falling because of his presidency. They feel that he is responsible for a coming world Armageddon.

The best indicator of positive change is China. For the better part of the last 40 years the U.S. attempted to entice the Chinese with diplomatic and economic engagement generally to no avail or little change. Since 1978, the Chinese economy has grown from $218 billion to more than $14 trillion.

Along comes Donald Trump. He charges the Chinese with unfair trade practices and global misconduct much to their shock. They are used to speaking with mealy-mouth politicians more used to kissing babies than negotiating billion-dollar trade deals.

The Chinese economy grew at 6.6 percent last year, the slowest pace in 28 years. Their manufacturing sector is contracting, and widespread panic has set in on the economists charting this decline. China’s 1.3 billion consumers are a mirage. To move forward once more, the Chinese need us more than we will ever need them. Look for positive change soon. 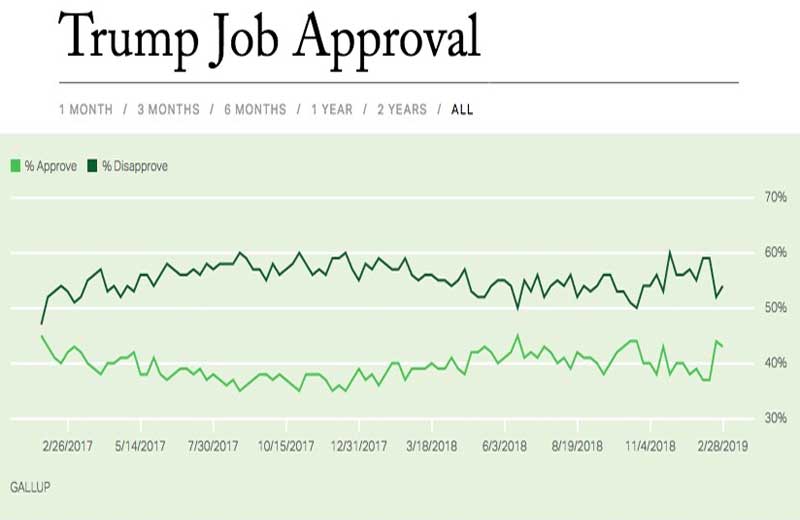 On other fronts, South America has taken a largely right turn in its politics. They are realizing that capitalism creates prosperity. The people now see the damage socialism can do in Venezuela and Argentina. Both are blessed with abundant resources yet cannot feed their citizens.

On the other hand there is Europe. It has become increasingly dominated by business-unfriendly economies. Europe has ceased to exist culturally and is dead politically. Germany and France have long accepted their economic decline. The European Union is coming apart. There is a growing cultural rift after a long period of uncontrolled Muslim migration.

The continent’s GDP is at a healthy $17 trillion. The U.S. is sick of paying for Europe’s defense without much of a monetary effort from the largest countries including Germany. The bright side is there is a growing army of reformist nationals. They have gained sizable power and a Britain soon to be freed (hopefully) from the EU.

Then there is the United States of America under Donald Trump. There is a restoration of this country after a lost decade of economic stagnation. Under the Trump administration last year, economic growth topped three percent, something the Obama administration never met in eight years.

Wage growth is up, record low-unemployment and thousands of job openings left to be filled. African-American, Hispanic and women’s unemployment is at historical lows. America is once again the largest producer of oil and gas and no longer an importer.

This country now has the least exposure to trade. That means U.S. goods exports of about $1.6 trillion amount to less than eight percent of the economy. America is once again strong and determined. That comes as Beijing, Moscow, Berlin and Davos struggle with the re-emergence of a powerful U.S. economy.