Donald Trump came to Washington to shake up the swamp and he has kept his word. Now his administration is seriously considering a proposal to penalize aliens who accept public benefits. Illegal aliens will not be supported. #DrainTheSwamp

According to Washington Post reports, that would include tax credits and the distinct possibility of denying any legal residency ever. Furthermore, the Department of Homeland Security (DHS) would widen the restrictions on granting actual citizenship.

These actions would put a damper on Deferred Action for Childhood Arrivals (DACA) recipients attempting to apply for legal residency. It would also lighten the taxpayer load doling out such items as Earned Income Tax Credit, health insurance subsidies and other benefits.

Speaking for the DHS, spokeswoman Katie Waldman told the Post, “The administration is committed to enforcing existing immigration law, which is clearly intended to protect the American taxpayer by ensuring that foreign nationals seeking to enter or remain in the U.S. are self-sufficient.” 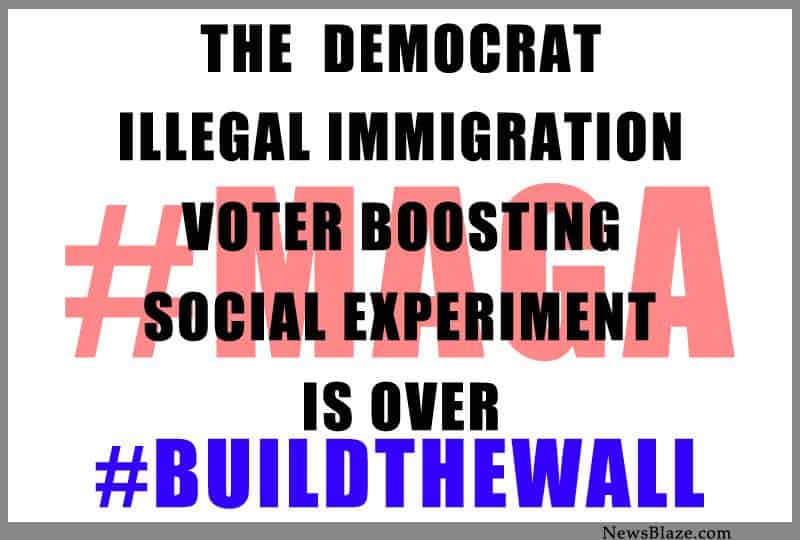 Naturally this will cause uproar among the left who feel illegal immigrants are the same as American citizens. But if approved, immigrants with children would be considered a “public charge” on par with accepting welfare.

The proposal is being criticized by the left as they claim it forces immigrants into a Sophie’s choice of having to choose between public assistance vs. jeopardizing their chances at citizenship. That is an excellent summarization of the plan and exactly what is intended.

It is a sign of more innovation by the Trump White House as the president had vowed to protect America first. That means the American taxpayer that has grown tired of the liberal social experiment at the cost of their hard working savings. The proposal awaits final approval from DHS secretary Kirstjen Nielsen, the Post reports.