Oh God, the sky is falling and we are all going to die. That is the general impression Americans can get if they listen to CNN or read the NY Times concerning new tariffs imposed by President Trump.

The president did indeed impose tariffs on imported steel and aluminum. But here’s a revelation, just like his promise to defeat ISIS, it is another campaign promise he kept. As was predicted of this skilled negotiator, relief has been offered to some U.S. allies.

The obvious target of this move is China. They have flooded the country with cheaper, inferior quality steel. Not to mention the loss of thousands of steel worker jobs taken in the process.

Our allies begged Trump not to do this, but why should we suspect that when the dust clears, the countries that have taken advantage of our past incompetent negotiators will pay the price first?

The tariffs, set to take effect in 15 days, do not apply to imports from Canada and Mexico so that U.S. officials can assess progress as they renegotiate the North American Free Trade Agreement. That should be fair enough for our neighbors. 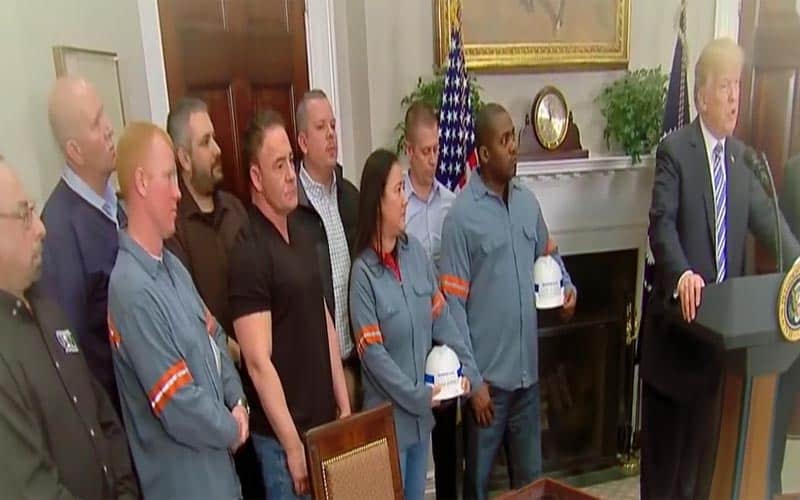 Then there are the other countries. If they have a “security relationship” with the United States, they may seek exemptions. Is any thinking person seeing where this all ends up?

As Trump correctly stated as a White House ceremony Thursday, “You don’t have steel, you don’t have a country.” It is time this country utilized its own resources and abandons the liberal global perspective that is to the detriment the U.S. economy.

Trump ran on a platform of “America first.” nobody should be really surprised by this sort of move.

As Trump signed the necessary papers, he said, “Our industries have been targeted for years and years, decades in fact, by unfair foreign trade practices leading to the shuttered plants and mills, the laying off of millions of workers, and the decimation of entire communities. And that’s going to stop. It’s going to stop.”

It is not part of the globalism the likes of Barack Obama and Hillary Clinton would seek. President Trump has vowed to look after his country’s citizens and that is what he intends to do, politically correct or not.