There is something afoot with the U.S. economy and it is the media’s best kept secret. The S&P 500 and the Nasdaq advanced to record levels on Friday, buoyed by gains in technology stocks, while each of the major indexes closed out the quarter with solid gains.

The Dow Jones industrial average closed up nearly 24 points and posted quarterly gains of 4.9 percent. This was eighth straight quarter of gains. It is the longest rally since an 11-quarter boom that ended in September 1997, according to FactSet stats.

The S&P and Nasdaq closed at records for the third straight day and the benchmark S&P index posted its sixth straight month of gains. For September, the Dow gained 2.1 percent, the S&P rose 1.9 percent and the Nasdaq advanced 1.05 percent.

This is the best stock market performance since 1997. Back then, the U.S. economy was going gangbusters under President Bill Clinton at the start of the dotcom boom.

The stock market is notoriously fickle and just as there are people talking the market up, there are doomsayers who say a crash is near. Martin Armstrong says the market is set to double from here, but Gordon Long says the public is in a “delusional phase,” and the market will crash sometime between fall and spring. 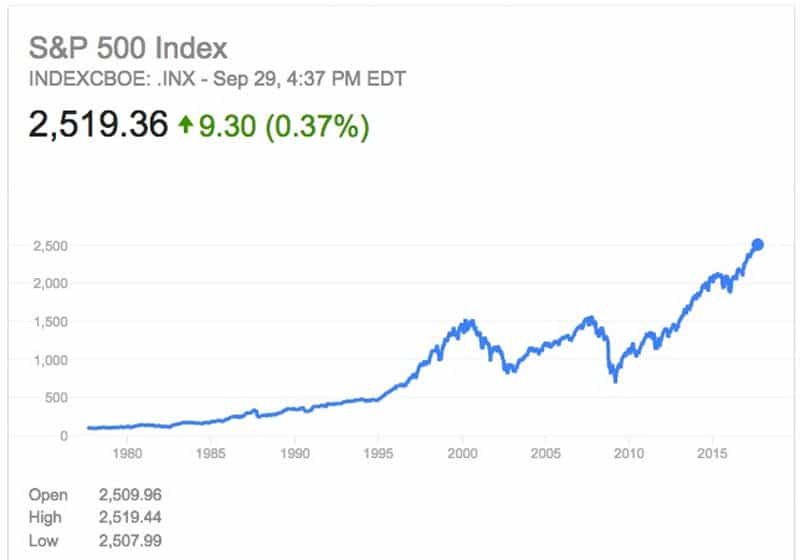