About this time there should be plenty of people deeply worried at the Democratic Party National Headquarters. It appears the Republicans are slightly ahead of Democrats in a generic ballot on Congress of registered voters.

According to a new Reuters five-day tracking poll, Tuesday marks the first time in this election cycle the GOP has taken the lead. This comes as a major shock to many in the Democratic Party and their media allies who still predict a ‘blue wave‘ in this year’s midterm elections.

A total of 1,338 voters were surveyed May 17th. The shocking results were released Tuesday. The question asked was, “If the election for Congress were held today, would you vote for the Democratic candidate or the Republican candidate in your district where you live?”

Here were the results:

But the results published Monday for the previous five days showed these results:

In November, Democrats need to win 24 Republican seats to win back the House. These results look like a sure indicator that will be difficult, if not impossible.

Democrats have done nothing for the people who voted for them at the last election. That includes voting against tax cuts that have benefited all Americans and wasting all of their time on the baseless Russia investigation. Also, after the tax cuts were passed by republicans, democrat leaders called the $1,000 to $2,000 bonuses “crumbs.” 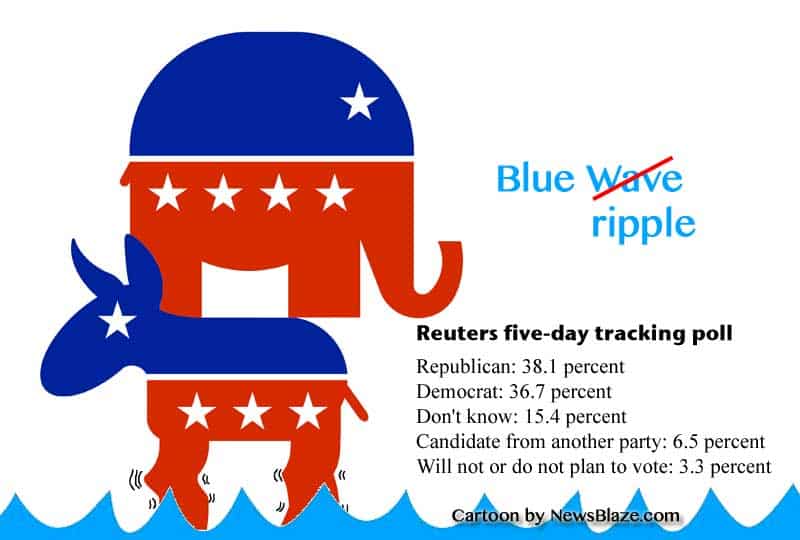