Many Americans cringe at the thought of Nancy Pelosi returning again as House Majority Leader. But that is exactly what will happen if the Democrats regain a majority in the House this November. Democrats predict a Blue Tide.

But the likelihood of that becomes less by the day. The most recent national polls show Republican candidates closing the gap and tightening up close races across the country. Much of that can be credited to a healthy economy and low unemployment.

The mainstream media is disinterested in explaining the complete story leaving its audience to think Democrats are on the verge of a so-called “blue wave.” Nothing could be further from the truth.

In actuality, the Democrats could lose as many as eight Senate seats, with three being the minimum at the present time. They will most certainly gain seats in the House, but that is the norm for the party out of power in off-year elections. It will come nowhere near what the left-leaning media hope.

Republicans will maintain control of Congress in November. That is close to a certainty along with the fervent hope Donald Trump has positioned himself for re-election in 2020. That means the Republicans will control both the legislative and executive branches of government and have a firmer conservative grasp in the federal judiciary, including the Supreme Court. 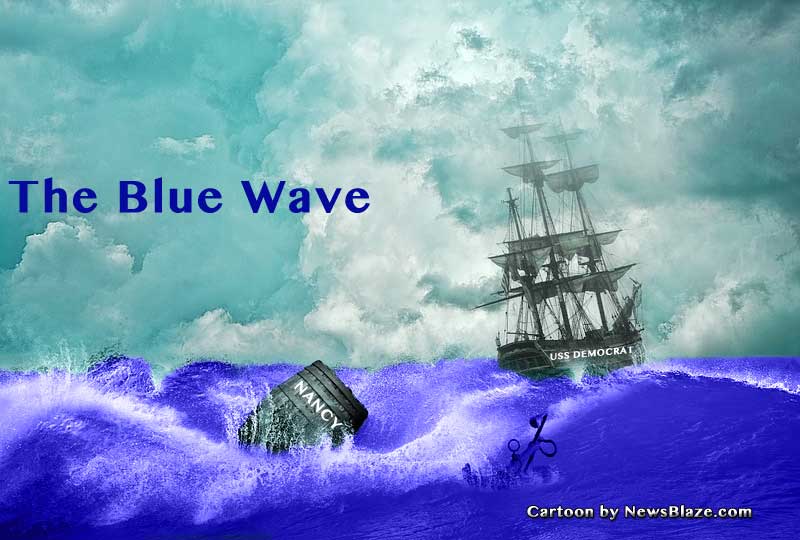 It would appear the years of Obama are quickly fading into a new look for the American government. What once looked like a liberal tide that began in 2008 is now turning to the right. It began with the Republicans taking the House in 2010, then the Senate in 2014 and finally the presidency in 2016.

Now with Trump in the White House, he is appointing more conservative federal judges, creating a sweeping overhaul of the U.S. tax system and producing facets of positive economic growth that bring more Americans enthusiastically to GOP candidates. It would appear the era of big government and globalism is fading.

In terms of this year’s midterm elections, the odds are clearly not in the Republicans’ favor. Since the 1862 midterms, the party associated with the current president has lost on average about 32 seats in the House and more than two seats in the Senate, according to PolitiFact.

That tradition has only been interrupted twice. Once in 1934 under Franklin D. Roosevelt during the Great Depression and again in 2002 under George W. Bush, in the wake of the Sept. 11, 2001, terror attacks. It is indeed a rarity that will not likely see a third occurrence in 2018.

House Minority Leader Nancy Pelosi, D-Calif. told the Boston Globe late in April, “We will win. I will run for speaker. I feel confident about it. And my members do, too.”

Pelosi’s comments come as the rumor mill in Washington begins to predict her demise should the Democrats not succeed. For months Democratic congressional candidates have been distancing themselves from the minority leader from ultra-liberal San Francisco. The GOP frequently use her image in their campaign ads to project the “out-of-touch” nature of the Democratic Party.

California Republican Congressman Kevin McCarthy, a leading candidate to replace Speaker Paul Ryan says, “I believe at the end of this day, Nancy Pelosi will not be speaker, Republicans will keep the majority. If you looked at the generic ballot earlier this year, yeah, if the election was in January they (Democrats) would’ve won. Today they would lose.”

Although it is presumed all Americans are for peace and prosperity, one major issue could severely damage the Democrats on the political horizon. Should President Trump find a way to make peace between the South and North Koreans later this spring, the midterms could change dramatically.

Combined with a booming economy and low unemployment, talk of a possible Nobel Peace Prize for the president will boost the GOP into the stratosphere. It would be a bitter pill for the Trump-hating media.

Obsessed with their tired diatribe of Russia Russia Russia month after month, such a monumental change on the foreign policy front could be catastrophic for Democrats. Such an event would dominate the headlines for months at a strategic time in their quest to regain some semblance of political power.