As a black conservative tea party activist, I am extremely excited about Bill O’Reilly’s recent series of commentaries and TV shows addressing the hypocrisy and exploitation by the American race industry that has and continues to devastate the black community.

O’Reilly boldly called out all of the usual suspects, Sharpton, Jackson, the Congressional Black Caucus and Obama.

Eric Holder and others on the left have been whining and arrogantly scolding us saying, “We need an honest discussion about race in America.” Whenever despicable race hustlers such as Holder suggest that we talk about race, it means they want to further the false narrative that America is still racist and somebody needs to get paid; more entitlements, growing government bigger and increased deficit spending. 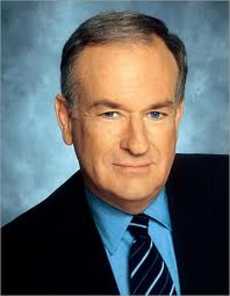 Well, O’Reilly called Holder and company’s hand and “honestly” addressed race in America and the Left are out of their minds with rage. Why? Because like the famous line in the movie, the Left “can’t handle the truth.”

In fairness, Rush Limbaugh has been taking enormous heat for courageously and honestly addressing race issues in America for years on his radio show. However, O’Reilly is the only white host on a number one TV show with the stones to address the huge elephant in black America’s living room. Why is black America a mess?

O’Reilly tells it like it is: fatherless homes, out-of-wedlock births, high rate of school dropouts, drugs, crime and high unemployment in the black community. *http://bit.ly/13VhTy7*

Arrogant racist white liberals have been patting themselves on the back for their superior compassion for minorities for years. Their crappy entitlement programs and insulting lowered standards have clearly destroyed the black family.

In reality, O’Reilly and Limbaugh are the guys who are expressing real compassion for black Americans. The first step to fixing a problem is to acknowledge that there is one.

Laura Ingraham guest hosted on the O’Reilly show. In her discussion with a black pundit, Ingraham stated that Al Sharpton’s hypocrisy injures blacks. The idiot pundit’s reply was, “How dare white people tell us who our leaders should be.”

What a racist stupid response. I thought, *”Madam you and your ilk are the problem. You are the reason why blacks continue to die via black on black crime, suffer broken families and end up in jail. Get off of my TV you vile human being!” *Yes, I grabbed my remote and muted her.

Folks, my passions are high because this is serious business. Black lives are being destroyed while white limousine liberals feel good about themselves and black liberal sell-outs get rich.

Meanwhile, the mainstream media or generation-of-vipers as I like to refer to them punishes and seeks to destroy anyone who dares to honestly address the issues fueling the extinction of blacks in America.

Yes, with blacks killing blacks in record numbers and half of black pregnancies ending in abortions, we blacks are well on our way to self-induced genocide. *http://www.blackgenocide.org/black.html*

O’Reilly’s revelations about what has gone terribly wrong in the black community are not new. Myself along with other black conservatives have been fighting on the front lines writing articles and books, giving speeches and more confronting these issues for years.

But with the mainstream media’s boycott of black non-liberal voices on TV, exposure of our ideas have been extremely limited.

O’Reilly’s rant has unquestionably brought the source of the problem and our ideas front and center. Finally, a broad audience of Americans, black and white, have a rare opportunity to hear the truth.

I am prayerfully optimistic that O’Reilly’s “honest” conversation about race will spark positive change; saving black lives and the futures of black youths.