The Mueller final report was the end of a tiresome and politically charged hoax. The conclusions were announced, the report was made public and America got on with its business, right?

Wrong. Not unlike then-FBI Director James Comey’s ‘final report’ and exoneration of Hillary Clinton in July 2016, it was just the beginning.

In both cases, the man responsible for the final say on the investigation left the door wide open for more investigations. The question becomes, why have an investigation at all if you’re merely spending taxpayer dollars for a nothing burger?

While Robert Mueller made it clear that his investigation is closed in an unnecessary final statement, it became blatantly obvious it was orchestrated for his own political agenda. That is, leave the door open for impeachment in the House. 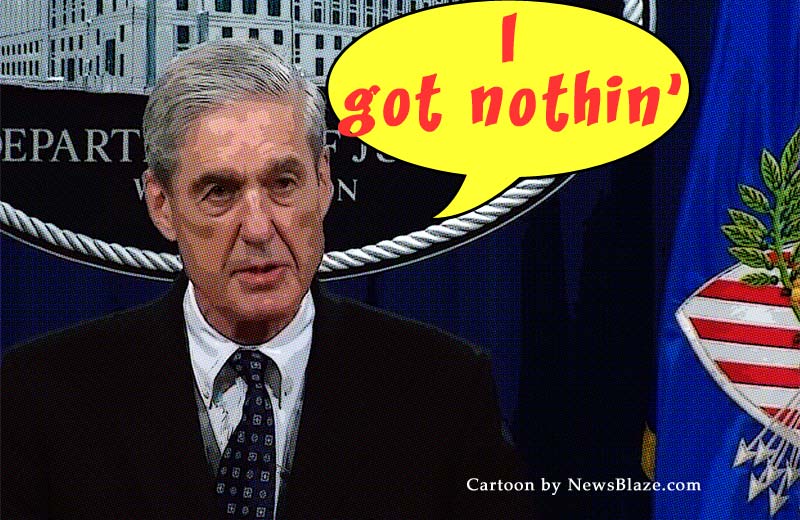 It capped two long years of outrages. His muddled and confusing statement left most in the room asking why this even happened.

In a parting shot to cap off two years of outrages, Mueller hinted that a duly elected president is a criminal he was unable to charge with a technicality. That obviously left open the chance to continue forever the impeachment mantra of the fanatical left. Mueller knew very well his statement would do just that.

Mueller suggested, in convoluted sentences, that Attorney General William Barr hadn’t clarified ‘well enough’ that there was not enough evidence to justify charging President Trump with obstructing justice. It reminded you of a ‘slip and slide’ lawyer harping on insignificant technicalities to confuse the jury, which is the American people.

It was as if he had taken a chapter from Comey’s press conference almost three years ago.

It was a fantasy Mueller tried to sell on national TV. Here’s the reality; Mueller said there is probable cause to believe Trump committed a criminal act.

Then what was the two-year investigation for? If that is true, why didn’t Mueller say that when the report originally was made public? He certainly had precedent from Ken Starr’s investigation of Bill Clinton. The idea Mueller was in some way handcuffed from that action is ridiculous.

If Robert Mueller thought there was probable cause to charge President Trump with obstruction of justice, or any other crime, he could have said so in his report without any repercussions. None.

Mueller’s material was also reviewed by Attorney General Barr and Deputy Attorney General Rod Rosenstein. They jointly concluded that the evidence was “not sufficient” to constitute obstruction of justice by President Trump. Period.

The press conference Wednesday did nothing more than create new and unreasonable doubt in a fashion to revive the impeachment tirade. Mueller even dropped a subtle hint saying, “The Constitution requires a process other than the criminal justice system to formally accuse a sitting president of wrongdoing.” Huh?

Count on virtually every hack politician running for the Democratic presidential nomination to use those words vying for offbeat primary voters. This was Mueller’s intention all along. He could not leave well enough alone knowing “well” helped Trump put this hoax in the rearview mirror.

Mueller’s actions are a disservice to every serious American that wants to get back to the business of governing.

The case was closed. Mueller’s surprise appearance will change nothing, other than to make millions of Americans lower their opinion of government even further.