The Democratic Party made an ominous decision the night their flawed presidential candidate lost the election. Instead of reflecting on the causes for that surprising defeat, they took the extreme behavior of a four-year-old caught in a web of lies; denial.

The adult way to handle the shocking loss to Donald Trump would be to reflect on the mistakes made and make changes necessary. But a four-year-old doesn’t think that way. It is far easier to blame others, make up a story to tell the adult accusers or pretend it never happened.

In this case, the adult accusers are the American electorate and the Democrats will do anything within the power of their compliant media to make us believe they did nothing wrong. Therein lay the “Beaver Cleaver” wild stories of Russians around every corner, cries for impeachment and disruption of the government.

The far-left thinks we are stupid adults. They think we are not smart enough to believe their version of the truth.

So the strategy of a four-year-old is to get the adult to look at the shiny object on the other side of the room and ignore what is right in front of them. If you tell a lie enough times, hopefully the other person will succumb to the incessant onslaught and capitulate.

There are a host of four-year-old children in the room. They range from Sen. Chuck Schumer, Rep. Nancy Pelosi and Sen. Elizabeth Warren to Rep. Elijah Cummings, failed candidate and former Secretary of State Hillary Clinton and good old Rep. Maxine Waters.

They see the American people as a sales strategy. If you throw enough lies at the wall, one or two are bound to stick. It doesn’t hurt to have a “fake news” media as your able right arm for constant and daily support.

Take the case of four-year-old Maxine Waters. She has represented Watts in south Los Angeles for as long as anyone can remember. She could tell her constituency the sky is green and they would accept it. She represents just one of the more extreme and irresponsible voices of the Democratic Party.

But the far-left media have made this woman mainstream. They actually take her seriously. When you think about it, why not? If a party that presented an avowed socialist/communist as a serious contender for its party’s presidential nomination, is this strange?

Flannel-mouth Maxine appeared on MSNBC’s Morning Joe Thursday. This is not surprising considering that network’s 24/7 anti-Trump histrionics. Educated adults take ‘MSLSD‘ as seriously as a four-year-old who says the dog ate the homework. It is a “news” network not to be taken too seriously anymore.

There was Maxine in her full four-year-old glory reaching an audience the size of Roseburg, OR. What was the object thrown at the wall that day hoping it would stick?

The congresswoman was alleging that Russian President Vladimir Putin is writing Donald Trump’s speeches or something. Even her MSNBC interlocutor, liberal panelist Sam Stein, had to save some credibility locked in a room that should have been rubberized with Waters.

Stein strained to look credulous for the Roseburg audience. Perhaps he was thinking there were a few in the audience that still had a functioning brain. Maybe it was more like a psychiatrist trying to calmly absorb the ravings of his mental patient.

The daily diatribe of the lunatic left would be funny if not for the small audience that believes every word thrown at the wall. But like the American people are famous for, gimmicks like Waters et al, have a way of tiring even the most ardent conspiracy theorist.

Could it be that as a nation we are witnessing the last gasps of a group of four-year-olds? They have told one too many big fish stories and we now yearn for the company of adults? Is the time growing near when we will get the house in order, punish the lying perpetrators and establish rules of conduct?

Even the most lenient adult reaches a breaking point. Is it time for Beaver Cleaver to be grounded and sent to his room to ponder his lying behavior? Waters, Pelosi and others are in safe, electable districts and will always have the lenient parents to enable their irrational conduct.

Much like the alcoholic, the carnival of lies will persist until the American people say “enough.” Only then will the household function as a nation and the sore losers will either be voted out in the mid-term elections or wander the earth seeking an eager MSLSD audience growing smaller as the lies grow bigger. 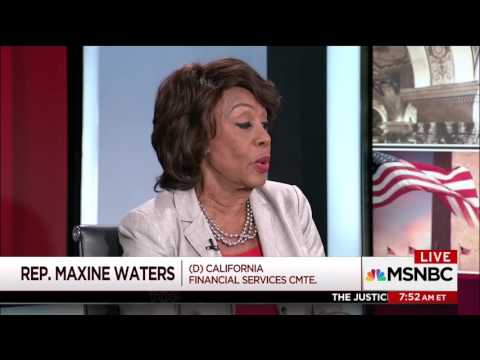