California’s election on November 4 will include propositions on restricting and subsidizing energy. Vote No on Propositions 7 and 10, because these measures would reduce energy efficiency and raise costs.

Current California law (the renewables portfolio standard) already requires an increase in renewable energy according to a specific time sequence. Prop. 7 imposes higher targets on both private and government-run utilities, thus imposing even greater wasteful restrictions on the production of energy. It requires that utilities generate 20 percent of their power from renewable energy by 2010, rising to 40 percent by 2020 and 50 percent by 2025. It also requires utilities to sign longer contracts when they purchase renewable energy.

What’s wrong with requiring more renewable energy? The problem with such requirements is that they restrict what energy producers would otherwise seek to do to minimize costs. Restrictive regulations prevent firms from adjusting their output to their particular costs. These regulations state one rule for all, regardless of individual firm costs and benefits. 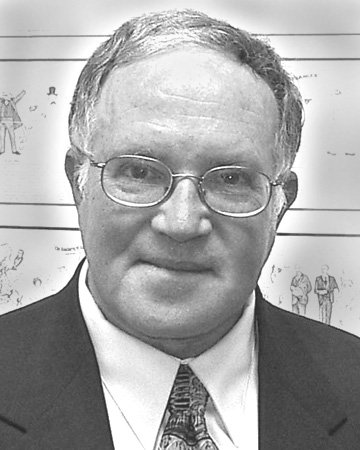 Suppose that one person lives in a sunny location and another lives in a place that gets little sunlight. A requirement for both to use solar energy would have little cost in the sunny place and a large cost to the unsunny place. It would be wasteful for the user getting little sunlight to spend a lot to buy solar panels.

The legislative analyst concludes that in the short-term, Prop. 7 would impose higher rates for energy, and for the long-run, there is no clear case for lower energy costs. If the technology moves to cheaper renewable energy anyway, there will be lower costs, but in that case, Prop. 7 would be unnecessary. But if market-based production does not move toward the sources mandated, forcing utilities to produce to those sources will increase costs and thus waste resources.

There is one good aspect of Prop. 7: It expands the ability of the state’s Energy Commission to approve permits to generate and transmit electricity. But this benefit is offset by the greater costs the measure will impose on taxpayers and users of energy.

Don’t ever be fooled by arguments that such measures create jobs. Any new jobs in producing renewable energy would involve a shift of jobs from other industries. The number of jobs is determined by the population, the desire to work, and restrictions and costs imposed by government on employing workers. Forcing production into particular products doesn’t create a net increase in jobs because it just pulls workers away from other fields.

Prop. 10 would provide a subsidy for “alternative” fuels such as natural gas. It also would provide money for research and production of renewable energy. The funding would be $5 billion in bonds plus another $5 billion in the interest paid by the bonds over 30 years.

The reason that subsidies are always wasteful is that market prices require users to pay the full cost of the product, while a subsidized price or cost will attract users that would not pay the higher market price. These lower-price users don’t value the good as much. The taxes that pay for the subsidy would have gone to uses more highly valued than the subsidized product. For instance, greater subsidies for trucks that use natural gas imply higher taxes or utility rates for others. Such subsidies are wasteful corporate welfare.

Californians should vote “no” on both propositions 7 and 10. The efficient and equitable way to deal with pollution is not to restrict or subsidize particular products but to make polluters pay for the damage they cause. If polluters don’t compensate society for their emissions, in effect they get subsidized. We should scrap restrictions, permits, and subsidies and apply pollution charges to all polluters. Then let the market work to provide energy at minimum cost. The free market will best protect the environment by putting resources to their most highly valued uses.