There is a great deal that clear-thinking Americans can learn about immigration in all its bad forms, from Europe. If one can escape the usual liberal insults of “Islamophobic,” “racist,” and “bigot,” there is a lesson on what has happened in more than few countries elsewhere.

Austria is a prime example. It was one of the first countries in Europe to welcome the waves of people fleeing war and poverty on the continent. That initial welcome mat is now being replaced with a solid, “Go home!”

Their parliament, fueled by the anger of its citizens, is on the precipice of a law essentially stripping pocket money, food and shelter from those denied asylum. There will not be any more of what liberals call “compassion,” while others label it national suicide. Austria stands to be the European Union’s per-capita leader in expelling those rejected.

The lenient courts (sound familiar?) are toughening up too. Last Thursday, eight Iraqi men were sent to prison for up to 13 years for the gang rape of a German woman on New Year’s Eve more than a year ago. The open door policy to Middle Eastern immigrants has now shut tightly. Is that “racism” or common sense, far left?

Austria is certainly not alone with the immigrant experience changing by the day. Germany is not far behind with the chaotic situation their immigration policies have brought to the native peoples. At the beginning of Germany’s “experiment” of compassion, Chancellor Angela Merkel claimed “We will manage.”

The far left liberals of Germany were insistent that it was their country’s obligation to open their doors to hundreds of thousands of immigrants, many without any background to be checked. Now, less than two-years after Merkel’s “experiment,” her countrymen have seen enough with the dramatic rise in crime and terrorism.

Refugees are being sent back. The system has failed and asylum-seekers are now rejected as fast as they were coming in just a few months ago. Much of the change derives from Berlin’s deadly Christmas market attack by rejected Tunisian asylum-seeker Anis Amri and gains by the nationalist Alternative for Germany party.

The big pro-migrant rallies are a distant memory. Gone are the thousands of Austrian volunteers who came forward to offer food, shelter and advice to the first asylum-seekers. They are now far out-numbered by those who have seen enough of what the influx did to their ancient cultures and the impossible task of assimilating other cultures with theirs.

The anger among the left in this country over President Trump’s attempts to scrutinize those attempting to enter this country is curious. The intention is to protect all Americans from future terrorist attacks like the Europeans have seen in Belgium, Germany, France and elsewhere. Yet to those on the left, it means only bigotry and racism.

Like the Europeans who have been faced with the same familiar insults, Americans appear to be growing tired of the constant harsh criticism of “progressives” for any American that does not agree with them. They are discovering since Hillary mouthed the word “deplorable,” that those making the insults are actually the most intolerant people in this country.

Lefties should look up the definition of bigot – it fits many of them to a tee!

Bigot: a person who is intolerant toward those holding different opinions.

Before this country faces the same perils as our European neighbors, it would be conducive for all Americans to see the dramatic change in the attitudes of these people. The Austrian government plans to stop all support for those whose asylum requests have been rejected, including meals, shelter and a monthly allowance of 40 euros (about $40).

This is a country considered one of the most liberal in Europe. For that matter, so is Germany and France. What some perceive as humanity towards the less fortunate has come down to the absolutes; law and order. Many a liberal mind has been changed when the ideas from a book become reality in their own lives. 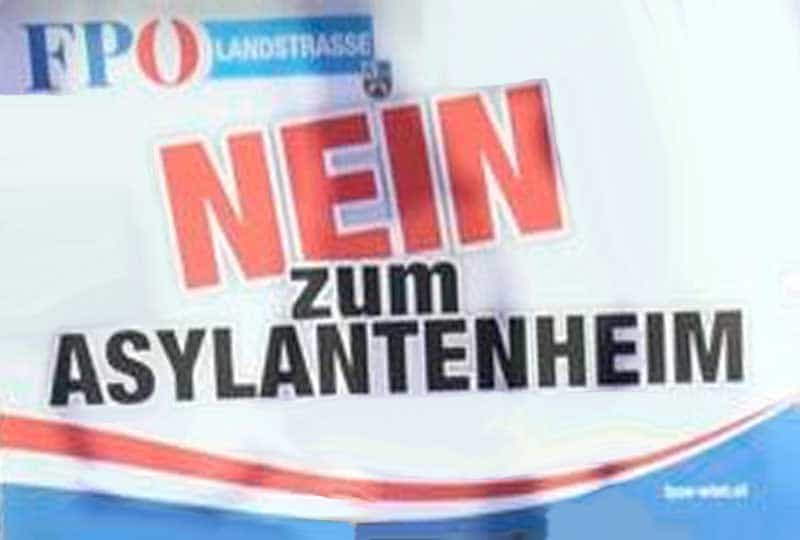