The Democratic House voted Wednesday to retain their Minority Leader Nancy Pelosi (SF) for another term as their leader. The veteran congresswoman and champion fundraiser for her party fended off a challenge to her long leadership reign, defeating Rep. Tim Ryan (D-Ohio) in a closed-door vote.

Pelosi received 68 percent of the votes cast, or 134 votes to Ryan’s 63. That was the support of two-thirds of the caucus. While the vote came as little surprise, it sends a message to many younger Democrats that the old establishment status quo will be in play for the next two years at least.

The vote was not enough to loosen Pelosi’s grip on a liberal-heavy group that’s rarely challenged her authority. The political chemistry between Pelosi and President-elect Donald Trump may be very interesting considering they come from polar-opposite sides of the political spectrum.

Ryan and his supporters unsuccessfully argued that the Democrats’ grim performance in this year’s elections was directly attributed to Pelosi and company’s outdated ideas of the American electorate. But the liberal from San Francisco’s legendary success in fundraising for her party superseded any doubts about her old establishment credentials. The election squarely plants Republicans firmly in the majority of both Houses and the presidency.

Ryan had argued that his party totally alienated the middle-class Rust Belt workers. His critique could be seen clearly as usually blue states such as Pennsylvania, Michigan and Wisconsin turned red in 2016. The Democratic congressman represents an Ohio manufacturing district that’s struggled to keep pace with globalization and rebound from the Great Recession.

Whether Pelosi’s gift of fundraising should be the overriding factor in selecting a younger and fresher face to lead the House, a majority of Democrats agreed to keep Pelosi and her top lieutenants including Reps. Steny Hoyer (Md.) and Jim Clyburn (S.C.) in charge of efforts to improve the party’s fortunes heading into the 2018 midterm elections.

Ryan stated earlier he may be interested in running for governor in 2018, when Gov. John Kasich must step down due to term limits. In a statement released moments after the vote, Ryan pushed fellow Democrats to put a renewed focus on blue-collar voters from the Midwest. The failed democrat presidential nominee did the party no favors describing blue collar workers favoring Trump as “deplorable” during the campaign.

In an indirect dig at Pelosi and Clinton, Ryan said, “Democrats must adopt a progressive economic message that focuses on large, direct infrastructure investments, affordable health care, portable pensions and public-private investments that promote advanced manufacturing. Hopelessness is a product of economic and social adversity. That is why Democrats must always be the party of aspiration and inclusion.”

For her part, Pelosi vowed to put the fight behind her in an effort to unify the Democrats for the sake of defending President Obama’s legislative legacy from the incoming Trump administration and the Republicans who will keep control of both chambers next year.

With that sort of thinking, can the Democrats expect the definition of insanity to bring different results in two years? 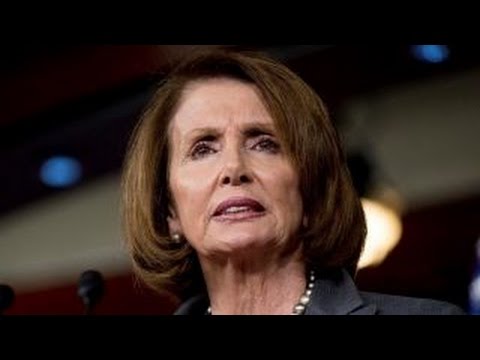