The left is trying as hard as they can to alienate a vast majority of potential voters in the 2020 presidential election. Their latest brilliant idea is reparations for slavery eight generations back.

Elizabeth Warren and Kamala Harris, two of the Democrat party’s top contenders for the White House in 2020, have expressed support for such a farce. Harris, the senator from California said in a radio interview last week, she is “for some type of reparations” and “Yes, I am. Yes I am.”

She wasn’t done yet. She went on to say, “I think that we have got to address that again, it’s back to the inequities,” referencing Jim Crow laws and 200 years of slavery. It should be noted that at that time, the Democratic Party was all for such measures.

Harris claims it makes today’s African-Americans unable to be “equal.” Apparently, for some unknown reason, people of color are not on equal footing because for something that ended over 150-years ago. 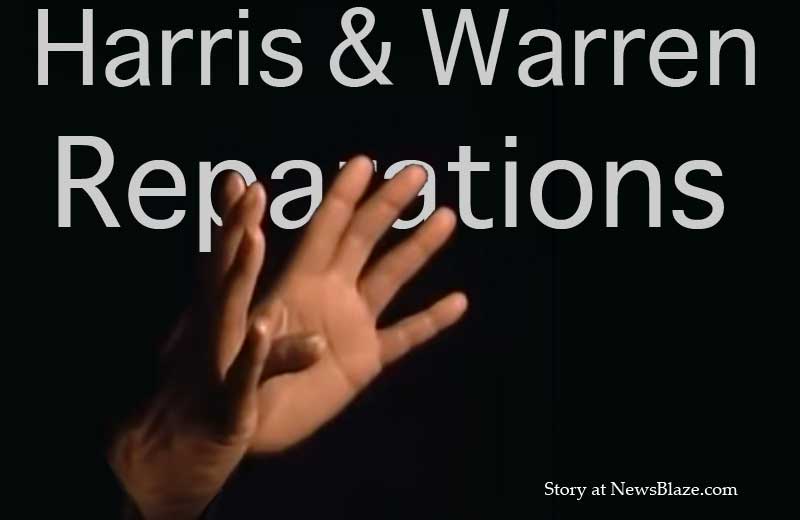 Meanwhile, ‘Pocahontas‘, aka, far-left Senator Elizabeth Warren (D-MA), put in her two cents worth. She said, “We must confront the dark history of slavery and government-sanctioned discrimination in this country that has had many consequences, including undermining the ability of black families to build wealth in America for generations,” Warren told the New York Times. “We need systemic, structural changes to address that.” Huh?

For those that care, slavery was abolished in 1865 with the ratification of the 13th amendment. Harris and Warren’s pandering idea would cost trillions of dollars to offer financial backing to those who have never actually experienced slavery. Is this the face of the Democratic Party in 2020?

Harris and Warren are two boot-licking liberals who will say or do anything to appeal to minority voters. Their interests are not in what may work for the American people but for votes no matter where they come from. This ridiculous idea is an effort to garner support from their radical base.

They have an ally in thoroughly vacuous Rep. Maxine Waters, the intellectually void Democrat from California. She told a crowd in Selma, Alabama, that the concept of slavery reparations is one she would consider. Wonder of wonders.

Remember, these sort of loony ideas are paid by you the taxpayer, not money from heaven. And lo and behold, Mars cadet Rep. Alexandria Ocasio-Cortez said she backs reparations. Oh, not just for slavery, but for all non-white communities who are negatively impacted by America’s New Deal. Is this all making sense to anyone outside of a mental institution?

This is the Democratic Party of the future. They are experts at picking your wallet to gain votes.