You are probably very familiar with Google Inc.’s products and services, but did you know that Google’s most powerful people want to determine who will be the next president of the USA? Have you heard about Google Campaign Contributions?

Larry Page and Sergey Brin, Google founders, are now multi-billionaires thanks to how much we all use their products and services. The success of their company has filled their pockets and now they have created a Political Action Committee (PAC). Their aim is to support candidates for public office who are firm in their support of maintaining net neutrality.

Net neutrality is defined elsewhere, but the essence of it is that it would keep the internet a completely free place.

Thanks to publicly available political donation records, we know that both Larry Page and Sergey Brin have not supported any specific candidates. Their donations went instead to the Google PAC mentionsed above. It appears that they prefer to remain relatively neutral, rather than letting us know their candidate preferences.

Page and Brin are not the only Googlers getting political. There is also Google Chairman Eric Schmidt, who has held that position since March 2001 and since August of 2001 has been CEO.

We know roughly where Eric Schmidt’s allegiance lays, from looking at his donation record. It is very different than those of Larry Page and Sergey Brin. Schmidt’s record shows his donations go mainly to Democratic candidates. Not exclusively, though, because he does make donations to Republicans. Generally only the more liberal Republican Candidates though. Schmidt contributed $260,716 so far, with $6,500 to going to Republicans, and$229,216 to Democratic candidates. That’s not all, he also gave $25,000 to special interest groups which consist of various PACs including Google’s NetPAC.

Google’s motto is “Don’t Be Evil.” Not everyone believes they live up to that goal, but mainly, that appears to be a good summary of the intentions of Google PAC.

An expert on money in politics, Bob Stern, president of the Center for Governmental Studies in Los Angeles, who keeps an eye on what companies are doing, says Google generally backs the political party in power. Although Google is currently contributing to Republicans, since a George W. Bush is in the White House, Stern says Google will most likely fund Democrats if they win the election in November. 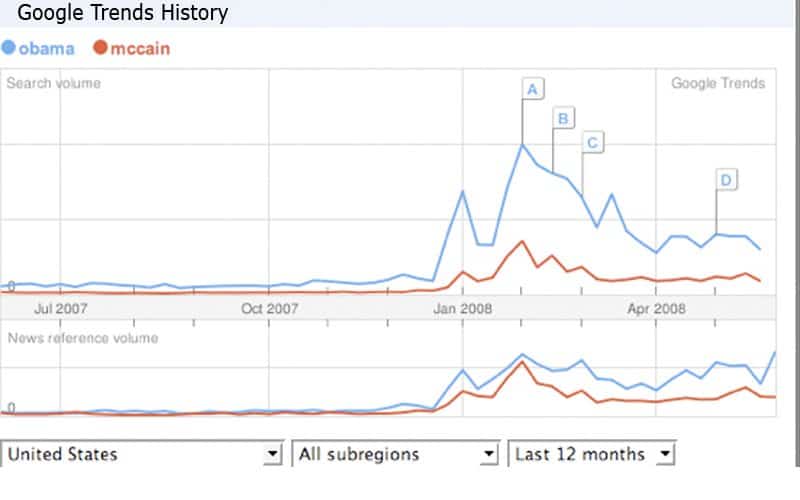