The Democratic Party was dealt another blow in their bid to send an early message to the Trump administration. Tuesday night they lost their third bid to gain a Republican seat in the House through a special runoff election. This time it was Georgia.

Republican Karen Handel won, dealing a major blow to Democrats. The DNC had previously spent lavishly on runoff elections in Kansas and Montana. The Georgia election became the most expensive House race in history.

It deals a serious blow to Democratic momentum and prime evidence that their money won’t buy a win against Trump. Republican groups immediately claimed victory and predicted doom for the Democrats in 2018 midterm elections.

Victorious National Republican Congressional Committee director Matt Gorman said, “House Democrats have done it again. After promising a revamped strategy that would deliver them a majority, House Democrats are no closer to that goal today than they were at the beginning of the New Year.”

Georgia’s 6th District has been a Republican stronghold for decades, with former Speaker Newt Gingrich among the prominent GOP politicians who have held the seat. Voters in the district repeatedly reelected Tom Price, whose appointment to secretary of Health and Human Services brought on the special election, by a large margin.

Democrats have lost any momentum they hoped to gain through victories in the three runoff elections. They now must focus on a winning strategy in other GOP-leaning districts that will allow them to take back the House in 2018.

When Handel is sworn in, she will become the first Republican woman to represent Georgia in the U.S. House of Representatives. Something the mainstream media continuously failed to report during the special election. 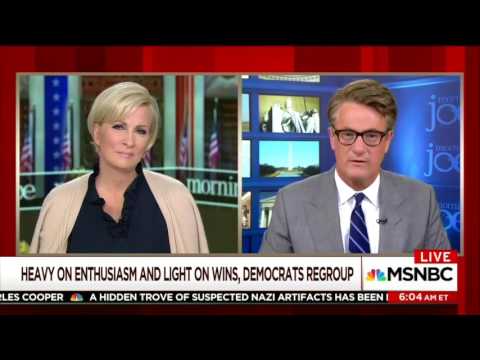