To anyone that has followed the so-called Russian collusion story, it comes as no surprise that no evidence was found in the Mueller report released Friday. It was all a hoax perpetrated on the American people by Hillary Clinton’s campaign.

That consisted largely of an anti-Trump “dossier” put together by ex-British spy, Christopher Steele and Fusion GPS Founder, Glenn Simpson.

The Hillary Clinton campaign then tried to sell it to the American people and the gullible, far-left mainstream media which was more than eager to do their dirty work.

No Conspiracy, No Collusion

Now, 22 months later, Attorney General William Barr tells us, “the Special Counsel’s investigation did not find that the Trump campaign or anyone associated with it conspired or coordinated with Russia in its efforts to influence the 2016 U.S. presidential election.” There was no conspiracy, no collusion; a nothing burger. The list of false accusations that Trump has suffered are too numerous to recount here.

The Democrats and the media didn’t care that there was no evidence. That was merely a nuisance to them. They stuck to the obsessive and ridiculous theory that Donald Trump conspired with the Russians and that caused Hillary Clinton to lose.

Among the half-cocked Democrats screaming collusion and impeachment were Reps. Adam Schiff, Eric Swalwell, Maxine Waters, Jerold Nadler, Speaker of the House Nancy Pelosi and Sen. Richard Blumenthal. Many others screamed “guilty” without a shred of evidence.

They were all convinced the presidential election had to be fixed. What else could explain Hillary losing? 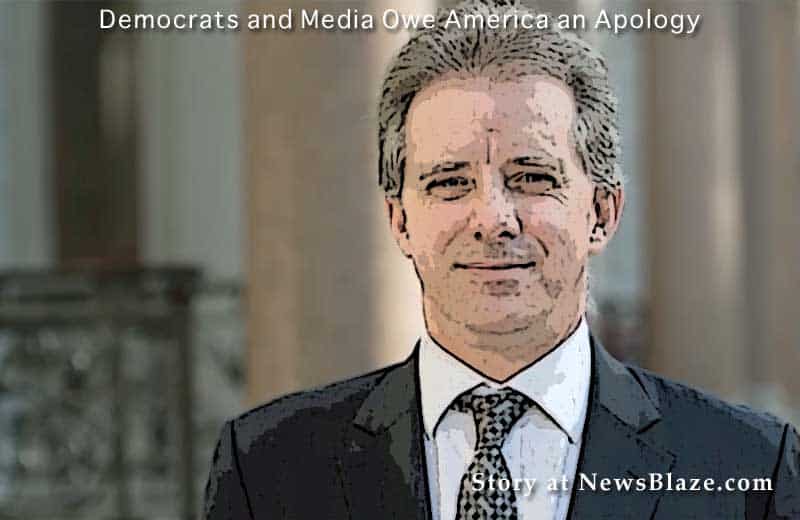 So-called ‘journalists’ were equally reckless and malevolent. They didn’t examine the facts, evidence or the law. It was outright mob rule minus the torches and a rope. They abandoned objectivity and suspended their sense of fairness. All they have accomplished is a deep-seated suspicion of their profession by the American people.

Mueller concluded that Trump never colluded with Russia. He then took a swipe at Trump by writing, “While this report does not conclude that the President committed a crime, it also does not exonerate him.”

This is how losers justify themselves. Mueller ducked his obligation to render a decision. Naturally that opened the door for the hysterical left.

House Judiciary Chairman Jerold Nadler, D-N.Y., commenced the obstruction-impeachment battle when he tweeted, “In light of the very concerning discrepancies and final decision making at the Justice Department following the Special Counsel report, where Mueller did not exonerate the President, we will be calling Attorney General Barr in to testify before the House Judiciary in the near future.”

In light of the very concerning discrepancies and final decision making at the Justice Department following the Special Counsel report, where Mueller did not exonerate the President, we will be calling Attorney General Barr in to testify before @HouseJudiciary in the near future.

Alan Dershowitz criticized Mueller for not making a decision, as prosecutors should. The professor said, “The job of a prosecutor is to decide yes or no. Make a decision. If you say yes, you indict. If you say no, you shut up.”

The American people should be prepared for endless investigations by the childish left. Their only line of defense is to reject these ideologues outright come election time next year.