There is an old story about the grade school bully who is always telling scared classmates to knock a block off his shoulder. Expecting them all to cower in fear with his menacing actions, he continues the same behavior for months or years.

Then, one day, he is called on his tiresome actions. A voice in the crowd comes forward and says, “All right, I’ll knock that block off for you.”

The bully is now confused. He has counted on his threatening demeanor to rule the day always. Now there is a challenge, and he doesn’t know how to handle it.

Sound familiar? The tiresome challenges by the bully Democrats have been duly accepted. The response is laughable. That explains exactly why President Trump finally said “enough” and called them on their never-ending bravado with their corrupted media allies.

With his short, and to the point memo to Attorney General William Barr, he has provided the authority to declassify any documents related to the investigation of the 2016 campaign. That’s right; Trump has called out the bullies and made good on a longstanding promise.

Donald Trump has had enough of the hot air and empty threats. The president is going nuclear. 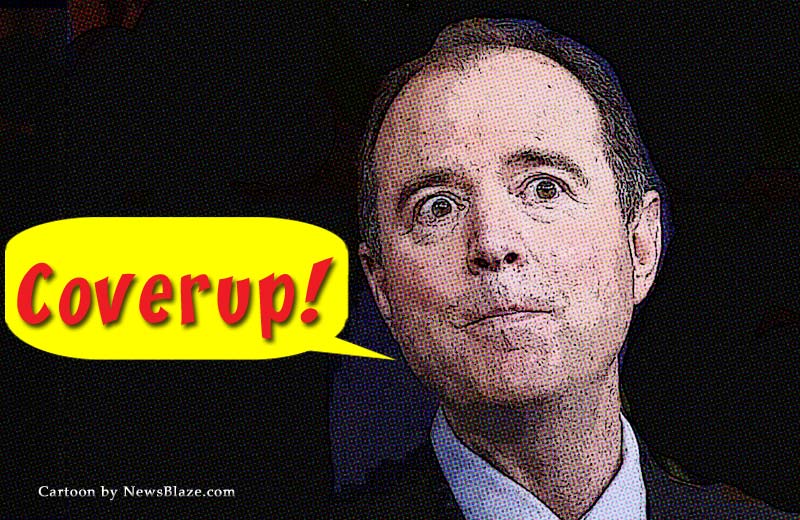 House Majority Speaker Nancy Pelosi and her minions were under the misconception that control of the House, starting last January, meant they’d control the agenda. Wrong. Now with their pathetic whining over Trump’s request, they appear to be just tired hypocrites who got called at their own game of brinkmanship.

Furthermore, it is highly likely that the opened documents will expose the Obama White House, FBI, and CIA with engineering the greatest political scandal in American history. That would be unjustified spying on Trump and trying to tip the election to Hillary Clinton.

Oh, the Democrats feign outrage. It’s more like crocodile tears. They have resorted to personal attacks on Attorney General Barr, who has a sterling record of public service that goes back decades. But then, they will attempt to smear anyone’s reputation that gets in the way of their unending lust for power.

There are the usual blathering suspects that never walked past an open microphone. They include Rep. Adam Schiff (D-CA) who called the president’s order “un-American.” Really? Schiff for two years has claimed he “has evidence” Trump colluded with Russia. No one has ever seen this mythical evidence. No one.

Schiff and Rep. Jerry Nadler (D-NY) became CNN stars accusing anyone they could find in the Trump administration without a shred of proof. Of course, that didn’t stop enablers like CNN putting their faces on TV, no matter how outrageous the claims were. Now the proverbial chickens have come home to roost since Trump said he’d knock their block off.

Then there’s, “I feel very strongly both ways,” Speaker Pelosi. She spent months dodging members of the impeachment caucus while calling Trump’s behavior “a cover-up.” A furious Trump, tired of her wailing and false accusations last week, walked out of their meeting on infrastructure.

The House has accomplished less than zero since the Democrats gained the majority in January. As the American public grows tired of the endless ranting and wants something done for the country, there is a growing sense of doom from level-headed moderates who fear the entire collusion hoax is about to explode in their collective faces.

Trump has given up on getting major legislation passed before the 2020 election. Who will voters blame? Don’t count on it being Trump. He has shown the patience of Jobe with a House filled with Democrats that need their diapers changed.

The president has held firm to his promise of historic transparency. Does anyone remember the last president who promised that, and actually delivered?

The Democrats persist even after Mueller finished and found no collusion or clear evidence of obstruction. Trump mistakenly thought they would accept the outcome and negotiate over infrastructure. Wrong. Pelosi’s “coverup” remark changed everything.

But with Trump’s order to open the sealed files, now the media and the naysayers want the secrets kept. In other words, the cockroaches are fleeing as the lights go on. Merely seeing the ongoing remarks of people like Comey, Clapper and Brennan is laughable. They are now out to save their own skins.

But do not count on straight journalistic reporting from newspapers like the New York Times or cable news from CNN or MSNBC. They do not do that anymore. They have become nothing more than extensions to the Democratic Party.

Here’s a thought. Perhaps the documents to be released will show members of the media colluded with their Democratic Trump accusers. Is anybody laughing, other than at the Democrat conspiracy hypocrites?