Since winning two seats in the European Parliament earlier this year, the BNP (British National Party) have come under increasing pressure from rival political groups and organizations that claim to be interested in equality.

The leader of the BNP, Nick Griffin, and two other officials have been summoned to appear in court in September, concerning accusations that the party discriminates against potential members on the grounds of their race.

We should of course remember that the BNP’s immigration policy is to try and reduce current levels. According to their website, this involves: Deporting all illegal immigrants (which they quote as 2 million), stop all new immigration (except for exceptional cases), reject all asylum seekers who passed safe countries on their way to Britain, and a few other points. 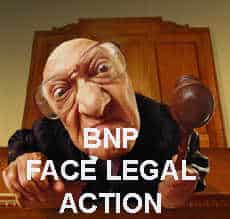 There are many British citizens whose roots are based in different countries, but they have blended extremely well into the British way of life and are very proud of the country they now live in. This was made very clear at the World Championships in Berlin.

However, it is also true to say that some immigrants have no wish to make an effort to “blend in” and the authorities have frequently “bent” the rules/laws to accommodate them. Even to the point of creating new laws to protect them.

Whilst in British eyes this may seem like the “decent thing to do,” many are taking advantage of our more generous nature and abusing it whenever possible.

It seems a little odd that a party like the BNP should be targeted in such a way for being “selective” in which it employs or accepts as a member, bearing in mind its policies. Should they really be forced to accept people who they see as a problem to Britain (and would such people want to join the BNP?)

By law, an employer is not obliged to employ people whose religious requirements make it impossible for them to undertake essential parts of the job.

Just recently a Jewish school won a right to appeal against a ruling that its entry policy was racist. The school refused entry to a pupil because the mother was not Jewish.

It will be interesting to see the result of the appeal and how much publicity it receives if successful.

Personally, if a Jewish school wishes to make restrictions on who can be a pupil, why not? But this rule should be available to all. What about the “Board of Deputies of British Jews,” which was founded in 1760. “It is fully representative (indeed it is the primary representative body), drawn from a broad cross-section of the Jewish community throughout Britain today,” are they told to accept Muslims (for example) on their board, and would they if so ordered?

There are many thousands of clubs and organizations that cater for a specific race, religion or nationality, these have always existed. Whilst they may not have any special membership rules as such, it goes without saying that only certain people are expected to join.

So why is the BNP being made a special case? We can perhaps answer that by trying to identify the people behind the protests. It may surprise many to know that only a very small percentage of the British public object to the BNP’s policies. In fact, if it wasn’t for the efforts of the mainstream media (and the people who really control it), most people would not know or care about the alleged membership requirements of the BNP.

There have been many new laws and rules introduced lately to supposedly protect people from racial discrimination and hate speech etc. but generally these laws are only enforced if they “attack” one particular group (the same group that are usually responsible for introducing them in the first place).

We must be extremely careful in what restrictions we apply to certain political organizations etc. and closely examine the motives of those who are behind the new rules. Should we fail in our duty to apply fairness to all, we could very easily be tricked into losing the equality that we seek and grant absolute power to those who make the changes.

With reports that Tony Blair, Mandelson and Gordon Brown have all had discussions with the Libyan leader (or his son) regarding the Lockerbie bomber’s release, and the obvious connection with oil deals in Libya, it is amazing their party has the nerve to criticise the BNP. Unlike the Labour Party (and the Conservatives later), the BNP do seem to have a genuine interest in the country and are not afraid to tackle the real problem of immigration. Their immigration solution would greatly reduce government expenditure and lessen any tension for the immigrants that remain.

Has it become a crime for people to want to see their country maintains its identity, and that its citizens support that aim (regardless of their origin, race, colour or religion)?