Unfortunately for unsuspecting citizens of financially stable red states, your time of tranquility may be over. New reports indicate your fellow countrymen from the deepest of the deep blue states are eyeing your placid fiscal environment to flee their “liberal utopias.”

That’s right; Republican-run states are their target destinations and they bring all their liberal ideas with them. They promise to disrupt voting trends and inject their unique style of political correctness to the environment with the promise of wide-spread poverty and crime.

According to the a survey of United Van Lines destinations, the top five states being deserted are far-left locales ripe with crime and high taxes. Kansas is the only one of five that is controlled by Republicans.

The other four states read like a who’s who of liberal enclaves. That includes Illinois, New Jersey, New York and Connecticut. All are heavily democratic and staunchly liberal. A recent Mises Institute report showed that California, New York and Illinois were losing more citizens to other U.S. states far faster than the rest of the country. 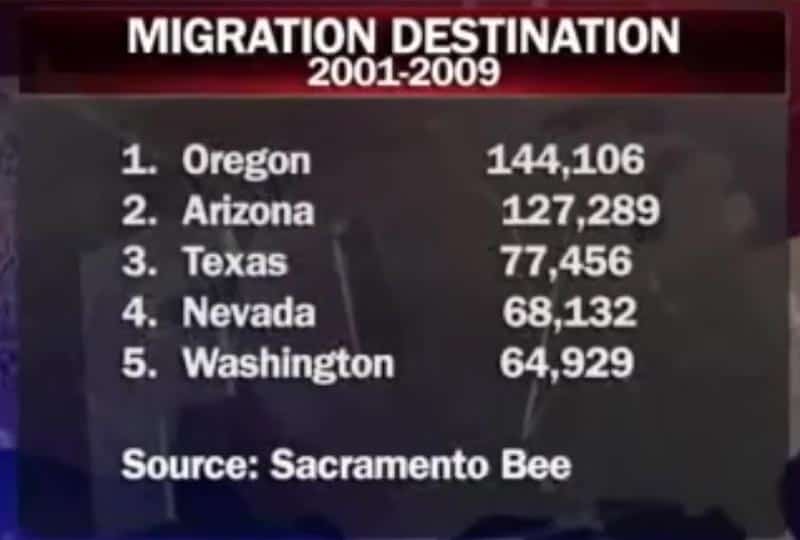 High taxes, unaffordable housing and crime are the leading reasons for the mass exit. San Francisco is typical of the plight. People are leaving the Bay Area in general because they can’t afford a house, nor the cost of an apartment.

So where are these refugees of Democratic liberalism going? The study showed the top five states Americans are moving into were nearly all Republican states. That includes Idaho, Washington State, Nevada, Tennessee, and Alaska. Washington is the only Democrat-dominated state on that list. Not long ago, the state voted Republican. It is now a victim of the migrating liberal hordes.

Canada has also fallen victim to this trend. They are now subjected to outbound migration and have been dominated by “progressive thinking” for years. They rank high on migrating themselves thanks to the “new thinking.”

Red to Blue = Misery and Taxes

Each of these liberal cities is dominated by “progressive” mayors and like-thinking city councils. They have some of the nation’s strictest gun laws and the highest crime rates.

Disgusted citizens of these cities and states are leaving because their areas have been destroyed by liberal policies. They yearn for conservative tax rates that are low with thriving business environments and a growing job market.

Unfortunately for the unsuspecting natives of the locations they flee to, these migrants bring their voting habits with them. The cycle of crime and unemployment start all over again. Newly-settled liberals bring their “utopia” ideas, destroying home prices with taxation for public assistance and illegal aliens.

Ask the residents of Multnomah County, where the City of Portland resides in Oregon. Ask the residents of DuPage County, north of Chicago. Both were Republican at one time and now face massive deficits and high crime rates. Their homeless populations are out of control.

Wherever blue becomes the dominant political persuasion, misery and taxes follow. Multnomah and DuPage counties are only two of hundreds of examples where the quality of life is drained as the blue state residents take over control of the political process.