NewsBlaze News
Home USA Personal Development What Happened To ‘From Russia with Love’?

I was so excited and happy to go to work in Moscow for a few days. I believed that Russians had a big warm heart. My mother, who was working for the UN in Geneva at the time, was in charge of Eastern European countries. She was working closely with people from Russia, Czechoslovakia, Poland, Romania… and as a kid I was fascinated by these people. My mother’s Assistant was Russian and we went to many parties with the Russian family. As a kid, it was very exotic and interesting.

Many years later, in early March 2012, I had an opportunity to go to Moscow, to deliver a few workshops on Management skills. I was very excited and after the difficult process of getting a visa, I went there a few days ago. My client is an international organisation and my contact there told me very confidently that from the airport I should take the “express” train and then the tube or a cab to the hotel. I was feeling really unsure about that but did not want to appear as a weak and scared European. I thought that if she was telling me to do that, it was probably safe and easy.

Arriving for the first time ever at Domodedovo Airport which is about 35 kilometres away from Moscow, after customs and getting back my luggage, I started searching for this supposedly express train… I was getting increasingly tense and started to regret not to have clearly asked for a car to pick me up. When you go to Russia, not only you are lost because you don’t speak the language, but you can’t read anything, because they use the Cyrillic alphabet, which is totally alien to us. I got lost many times and went through difficult experiences in Moscow but even if it is the responsibility of the person who was supposed to take care of me and organise everything, it gave me an opportunity to get a glimpse of what this city is really about and along the way, I learned a lot about myself too. 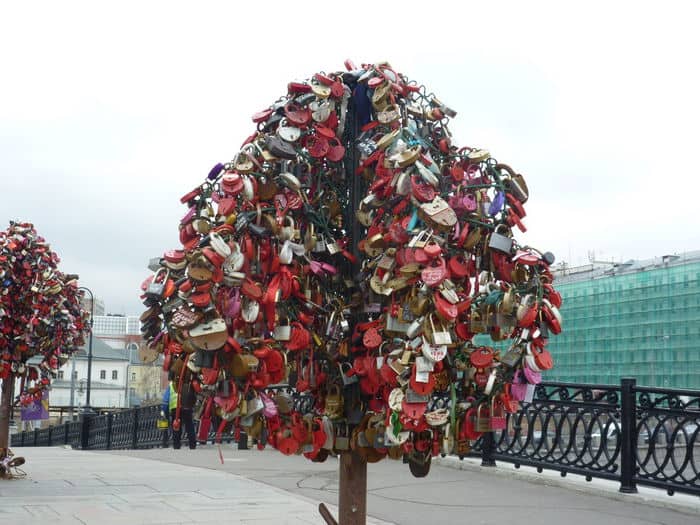 On many occasions I tried to get help from people, at the train station, in the tube and in the street and it appeared very clearly that the Russians don’t like foreigners. I felt that the more I was trying to be nice, the more they were hostile and unfriendly. Even at my hotel which was a five star hotel in Moscow centre, the staff members were showing very little kindness to foreign clients, acting with lots of arrogance.

Along the way, and as is generally the case, I found some unexpected help and some really kind people. Like angels coming to help in this hard journey, I found help from the most unexpected people. An Old Russian lady for example stood up and came to help me on a tube platform seeing how lost I was and how other people dismissed me so rudely. I felt very much like a character of a Paulo Coelho’ story, trapped in a journey of spiritual initiation. I never felt so alone in my life.

I was amazed to see how quickly I felt isolated and stressed, how quickly my inner peace faded away. I started having more and more unreasonable feelings exactly like in a nightmare. I felt as though I could be trapped in Moscow and never able to escape it. Even if my reason knew that it was crazy, I was sleeping into a neurotic place by the hour.

It is really interesting to confront yourself with challenging situations in order to discover what you are made of. It was a kind of big update of who I thought I was.

My spiritual journey for many years made me believe that I was on a safe platform and that whatever happens to me, I know who I am. In fact, I realised that circumstances can just show you the opposite and make you realise that you need to feel safe on a very basic level. My beliefs where challenged and I was suddenly feeling separated and lonely. I thought about homeless people and what they must go through at night in the street, about people living in a war zone, about all the situations where Human Beings are challenged in their very existence. It was making me feel even more ridiculous, staying in a luxurious hotel. I was upset with myself to be feeling that way. At the same time, I could not dismiss what was going on for me at a deeper level.

There is something in the air in Moscow which is very different from what we know in Europe. Perhaps because I am very perceptive and therefore, more sensitive than the average, I was really disturbed by this sort of intangible vibe all around me. Part of what I was feeling was sadness. There is a lot of pride and at the same time sadness, fear and anger, in Russian people.

What did the system do to the Russians to make them so suspicious and withdrawn? I feel that they have been broken at an emotional level and that decades of the communist regime damaged them more deeply than we can imagine.

My story is not giving an objective opinion about who Russians are today but my journey in Russia made me realise how difficult it can be to understand other cultures, especially when you are alone and challenged in your beliefs.

A few hours before leaving Moscow, I saw a bride and a groom on Luzhkov bridge, adding a love padlock to the padlock tree and hope came back to my heart. Perhaps was it a way to show me that our feelings are conditioned by what happens to us.

How different would my journey have been if the lady in charge would have sent a car to pick me up from the airport?

How a Better Presentation Lets A Person Give a Better Speech

The Toughest Of The Tough: How To Figure Out What To Do With Aging Parents