Reflecting on Week One of President Trump’s start as President of the United States of America proved to be a major success for his party – yet for others, namely Democrats opposed to his policies – they view it as a disaster.

The President has proven to have kept his word already on many of the policies and actions that he said he would implement. And, despite his distaste for much mainstream media – many of whom he claims have a bias against him, he has already done numerous interviews, press conferences, and speeches.

As such, his first week has proven a major whirlwind of activity, action, and success in doing exactly a number of the things that he said he would do – a novel idea for a President of the United States, and a politician in general.

So whether you love him or hate him, you have to at least give the man credit – he is not your ordinary President, he is certainly entertaining, and he decidedly gets things done.

Shortly after being sworn in, President Trump ordered federal agencies to ease the “regulatory burdens” of ObamaCare. Agencies are ordered to “waive, defer, grant exemptions from, or delay the implementation of any provision or requirement” of Obamacare in hopes that this order will lower the burden on individuals, families and patients as the President and the Congress work on a permanent solution to Obamacare.

With a website that often did not even work, insurance brokers that engaged in predatory scare tactics, threatening the public with being reported for not having insurance if they don’t buy from them, and reported policies that are sub-standard and over-inflated, Obama “Scare” was not only a disaster for many, as Trump often declared, but according to some – a socialist weapon against a free America.

Trump has stated that no American should be forced to buy insurance if they don’t want it, which is one of the numerous positions that set Trump apart from the modern socialist-style Democrats.

Los Angeles Mayor Eric Garcetti, who stated that he has had three positive conversations with President Trump since he was elected, said that stripping away federal funds from Los Angeles, which supplies over half of all merchandise to the country through the Port of Los Angeles and the Port of Long Beach, would not only hurt L.A., but the nation – according to a recent Garcetti interview on NPR.

Garcetti further added that he wanted to work with Trump every way he could, but that he would stand up and not allow anything that he felt was unconstitutional to be carried out in Los Angeles.

Carlos A. Giménez, Mayor of Miami-Dade County in Florida, is one of the few mayors that have came out publicly stating that they would honor President Trump’s request of ending the so-called sanctuary cities.

Sanctuary City refers to a city where the Mayor essentially refuses to enforce any immigration law, allowing illegal immigrants to essentially hide out in the city in violation of any federal law that may not allow their legal stay in the U.S.

Miami-Dade, which formerly has been a Sanctuary City reportedly since 2013, also has one of the largest Latin and Mexican populations in the United States. Under the Obama Administration, illegal immigrants were reportedly illegal in name, but not deed – being allowed to vote, get drivers licenses, and more.

With a Trump administration, those days are over, and it appears now that illegal immigrants will actually – for once in a long time – really be illegal.

Still, The mayors of Boston, San Francisco, and Chicago, among others, have vowed to openly defy Trump and new Federal law, with some even suggesting they would open their City Hall to house illegal immigrants. Yeah – good luck with that one!

According to various independent news sites including Pamela Gellar dot com, “A plane carrying 90 Somali nationals and two Kenyans were deported from the United States, landing in Mogadishu airport this past week.” (note, this was now two or three weeks ago). Reasons concerning any security risk have not been detailed as of this press time.

The so called Doomsday Clock, headed by the Bulletin of Atomic Scientists, located in a Chicago suburb, released last month their new ‘threat’ level of the imaginary clock moving closer to doomsday, due – they claim, to Trump’s position on Climate Change, and Nationalism.

While Climate Change certainly is real and is of concern, considering that Trump was the only candidate with a chance of winning who did not openly promote going to war with a nuclear power Russia, the so called clock has proven to be merely a PR tool of globalists with a biased political agenda.

Whether you love Trump’s team or hate them, you can not deny, Kellyanne Conway is a brilliant political and PR strategist. According to Daily Mail UK, of his close ally and advisor, Trump praised her, “There is no den she will not go into. When my men are petrified to go on a certain network I say, ‘Kellyanne, will you go?’ Then she gets on and she just destroys them. So anyway, thank you, baby. Thank you. Thank you. Be careful.”

In Hollywood, many producers, agents, casting directors and more refer to actors and other industry executives as ‘honey’, ‘baby’, ‘sugar’, ‘sweetie’, and other such ‘sweet talk‘ normally only reserved for lovers, so I find it particularly telling how Trump at times evidently talks this way, showing just how truly ‘Hollywood’ he really is in many ways – despite his conservative policies.


Also last month, the Pro Life Women’s March was held in Washington, drawing a huge crowd, at which Vice President Pence spoke, as well as Mrs. Conway, stating, “I am Kellyanne Conway. I am a wife, a mother, a Catholic, counselor to the president of the United States of America and yes, I am pro-life!”

Valentines Day is just around the corner, and the hottest thing in Hollywood these days is having one’s own personal matchmaker. Celebrity Matchmakers Elite Connections explains that you may hire a wedding planner, a travel agent, or a lawyer. Why not hire help for the most important thing in your life – your life partner?

Elite Connections have matched all from celebrities to the regular executive or girl or guy next door, and give singles advice on dating this Valentines day. “Try something new, and different!” They suggest, “Such as snow skiing” (yes we have that here in the mountains in L.A during the winter!) “Be adventurous!” they suggest. Singles looking for a match can get a free consultation with the lovely Tammi or Sherri (pictured here). Visit www.EliteConnections.com or call 1-800-295-9584. 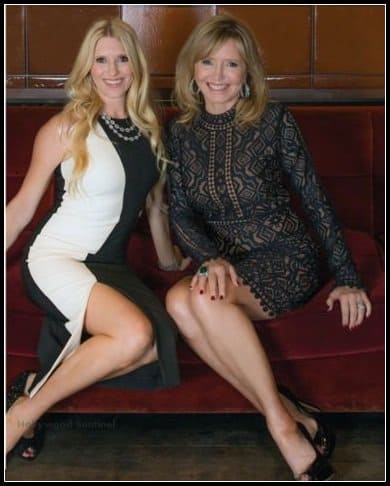 Many Trump supporters are still obsessing over Madonna’s statement of how she had thought many times of blowing up the White House. What they fail to report is that she followed up that comment immediately in the next sentences with words stating that she realized this and other forms of violence was not a solution, but rather to choose love.

Still, these Madonna haters, many of whom are wrongly stereotyping all who work in Hollywood or the entertainment industry as crazy liberal socialists / communists who hate America, are calling for the investigation, imprisonment, psychiatric incarceration, or even death of the pop star.

This content is copyright 2017 Hollywood Sentinel, all world rights reserved. The office of Elite Connections and Hollywood Sentinel do not endorse any ads or links that may appear on or in connection with this story.