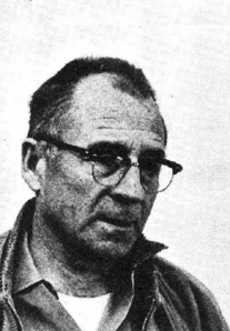 This is not an attempt at biography, but the main thing I think you should know, is that Penn Jones, Jr. was a journalist. He was the owner and main reporter for The Midlothian Mirror, a small newspaper in Midlothian, Texas. His years of activity were from 1946-1974. Penn was a decorated hero of WWII but emerged from the war with a liberal voice, in what is known as a very conservative part of the country.

Most of his writings are collected in small, attractive paperback books titled Forgive My Grief (I’m a proud owner of an autographed copy of volume I), which have been published in four volumes. These are self-published and include many, if not all, of his exclusive reports regarding those who were silenced from telling the truth by the Warren Commission, the FBI or even the Dallas Police Department. Penn himself preached against The John Birch Society for some time and had finally had his newspaper operation firebombed.

In my mind, Penn broke many important stories that cast doubt on the Warren Report, but his case for the ‘disappearing witnesses’ is the reporting that he is most well known for. Penn observed over 100 murders, suicides and mysterious deaths for ‘unfortunates’ who saw too much in those days.

Jack Anderson, an accomplished investigative journalist himself, also noticed this pattern and added many names to the list. One that comes to mind is Johnny Rosselli, who was killed, dismembered, stuffed in an oil drum, then tossed in Miami’s Biscayne Bay. He was starting to get a loose tongue, saying that Ruby was “one of our boys.” (Contract on America by David E. Scheim)

Two of Penn Jones’ startling accounts of eye-witnesses are foremost in my thoughts today. Both of their testimonies have to do with the shooting of J.D. Tippit, a Dallas police officer, who was shot and killed in Oak Cliff less than an hour after the assassination. One of them is Earlene Roberts, who was the manager of the rooming house in Oak Cliff, where Lee Oswald stayed. Lee had come in just at 1:00 PM (on November 22nd) to pick up a jacket. A Dallas police squad car honked twice (“just tit tit”), as if signaling Lee.

The other is Warren Reynolds, who owned a used car lot on East Jefferson Street in Oak Cliff. He heard the shots and then saw a man running away, while at the same time trying to tuck a pistol in his belt. Warren could not positively identify Oswald as the man fleeing the scene of the Tippit slaying. Two days after giving his testimony to the FBI he was shot in the head while closing up his used car lot. Nothing was stolen from his car lot.

Both of these cases require further inquiry, even though it has been almost a half-century since Earlene and Warren have been silenced.

The writings of Penn Jones, Jr. are hard to come by. As time races by, they must not be vanish, that’s a given. Fortunately, we now have an important article on the internet, Disappearing Witnesses, from The Rebel magazine, January 1984.

I feel strong emotions welling up as I offer this important document for you to ponder over. Penn Jones left us eleven years ago now. He would hold memorial services on the Grassy Knoll every November 22nd to commemorate our fallen president, who he loved so dearly.

I’m having a humble little service in my office this morning; I am remembering the solemn, but reverberating voice of dissent of Penn Jones, Jr., a noble American. My stereo is playing the Molto deliberato of the Symphony No. 3, written by Aaron Copeland. This is the music used in the background for The Men That Killed Kennedy.

“The answers are there for those who are willing to dig…after spending several thousand hours knocking on doors, asking questions, meanwhile reading the Report, we believe audacious actions were taken by the Commission lawyers and the chairman obfuscating the evidence left after President Kennedy, Tippit, and Oswald were killed.” Penn Jones, Jr.