Will Roberts and NewsBlaze consuct an “On-Set Safety” livestream with industry experts. The livestream covers safety on movie and TV sets.

On the panel with Will Roberts are:

During the livestream, the panel discussed what happens on a movie set or a television set with weapons and stunts, related to preparation and safety.

Will Roberts, a Guinness World Record holder for Cowboy six guns teamed up with NewsBlaze for a news story after the on-set accident involving Alec Baldwin, in which director of photography Halyna Hutchins died and director Joel Souza was injured.

The NewsBlaze story covered common misconceptions that were being talked about in social media this week. In the story, Will Roberts fielded answers to the most way-out misconceptions, and spoke about on-set gun-safety. 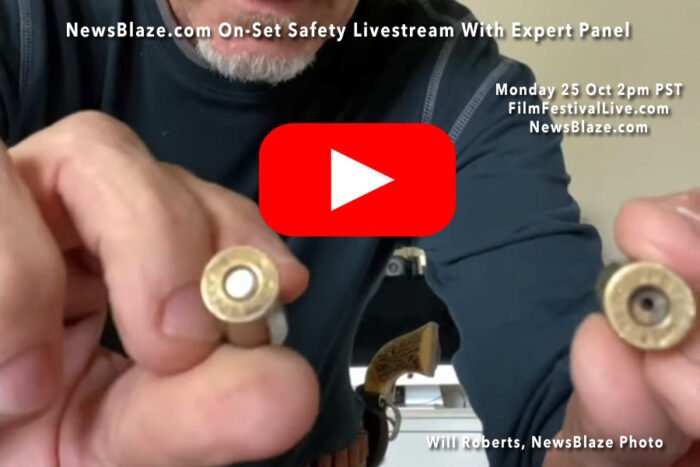