NewsBlaze News
Home USA National In ‘Dallas 1963’, We Go Back In Time To Get A Vivid...

Dallas 1963, by Bill Minutaglio and Steven L. Davis (12 Twelve), is written as if it’s happening right now; how could the authors present the story of Dallas (1960-1963) in just this fashion? Can they return to The City of Hate, as if they’ve boarded a time machine, and live those times all over again (I keep asking myself)? The answer, as I examine their book, is a resounding yes! What Minutaglio and Davis have done, when pondering this question (and this is only a guess), is that they’ve utilized the rich resources of Texas archives and libraries to reconstruct the past; you’ll want to give the Acknowledgments, Sources, and Notes section in the back extra special attention.

Probably 75% of these still shocking facts, presented in Dallas 1963, have crossed my eyes before, if not several times, such as Adlai Stevenson getting popped on the head with a placard by an out-of-control woman, a harbinger of what JFK should expect (as some local soothsayers wisely observed) when he’d visit Friendly Dallas. What the authors have accomplished, and this seems like a miracle to me, is that they’ve weaved all this information (mainly the charged climate of boiling, extreme right-wing hatred for Kennedy) into one exquisitely sown quilt. The clumsy metaphor here, is a clear, visual picture of Dallas (only they’re using words), as if you go back in time and are living it! 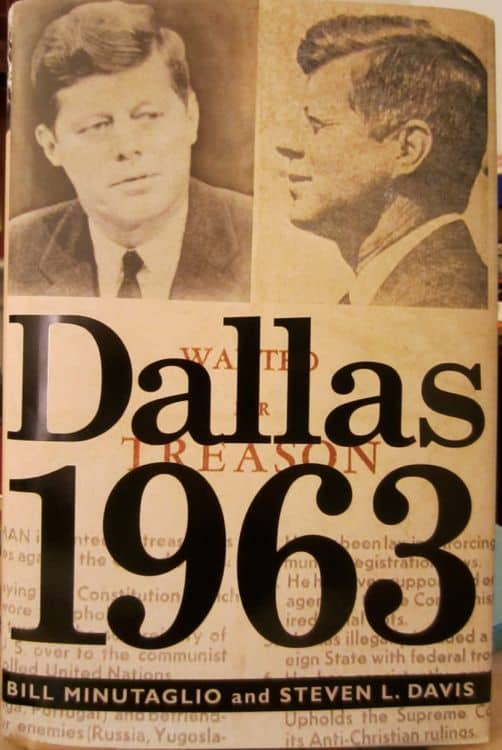 I wonder how Bill and Steven broke up the work? I did quite a bit of digging myself on the Kennedy assassination in the late 1980s, when paying the Dallas Public Library repeated visits. Well, I specifically mean the Texas/Dallas History and Archives Division part of the DPL. (When visiting), I’d put in requests for files filled with musty, yellowing paperclips, I’d take notes, and began sculpting my own unique mosaic of Dallas’s haunted past. Hell, I’ve even read Ted Dailey’s The Diaper Days of Dallas! Anyhow, it was good to see that many of the photographs used in Dallas 1963 came from the archive section of DPL. I was practically living there in the latter part of 1988! 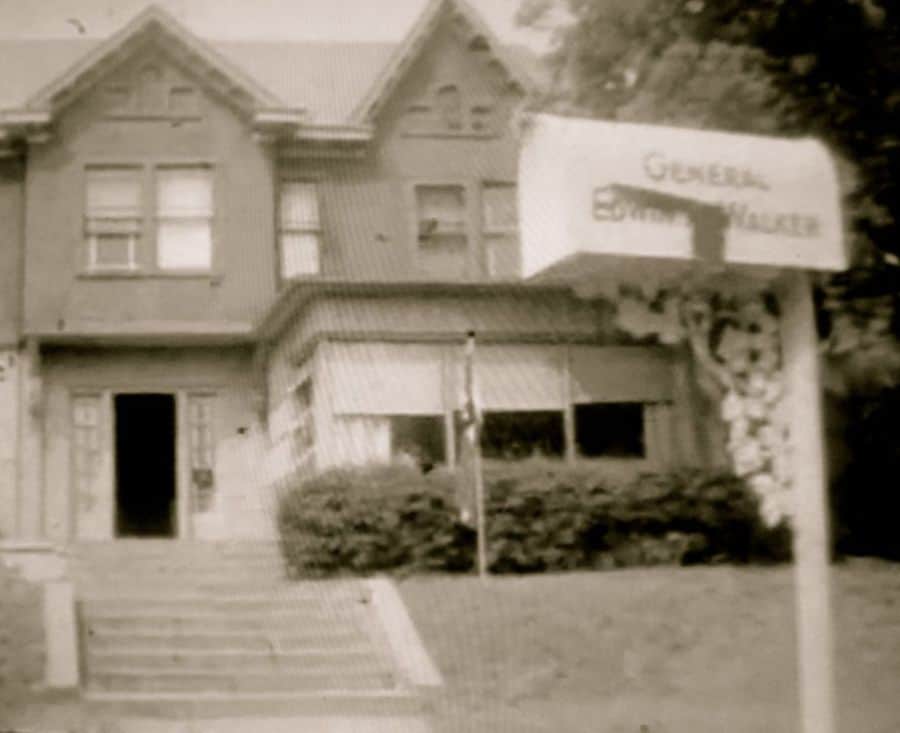 That is, what Minutaglio and Davis so vividly describe, with a time sequence of the early 1960s, did not go away so easily; in fact, it persisted, until Nixon finally rose up from the dead and took the Oval Office. As I watched all this madness unfold (I was 12, 13, and 14 years-old), I continued to look back at the city to see if I could tell what had really happened. This unquenchable hunger for the city’s checkered history still possesses me today; Dallas 1963 satisfies my needs a great deal, but not totally. The shame of Dallas is a permanent part of its legacy now; but now we have a reference work that makes it impossible to erase this stigma of history.