Can you believe it’s been a whole year since the Folsom Thursday Night Market opened it’s 2007 season? This 2008 season sees a big change in the way the market runs, with a major emphasis on a Farmers Market and craft stalls.

Eight new farmers and 50 craft stalls were set up along the length of Sutter Street in the Folsom Historic District and the change in pace was welcomed by everyone I spoke to. 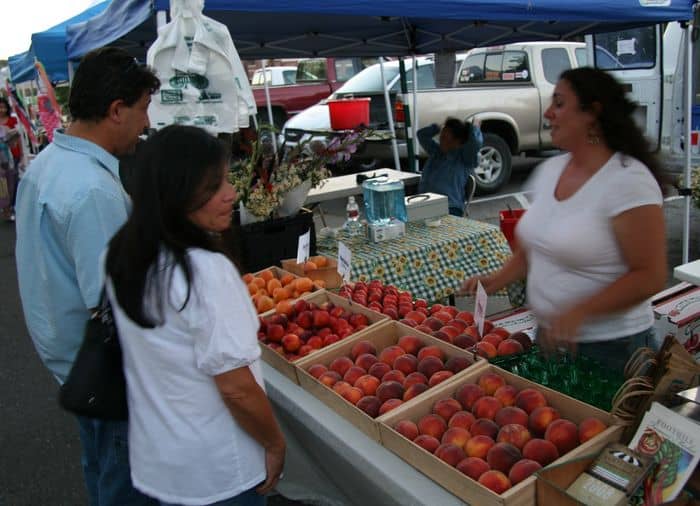 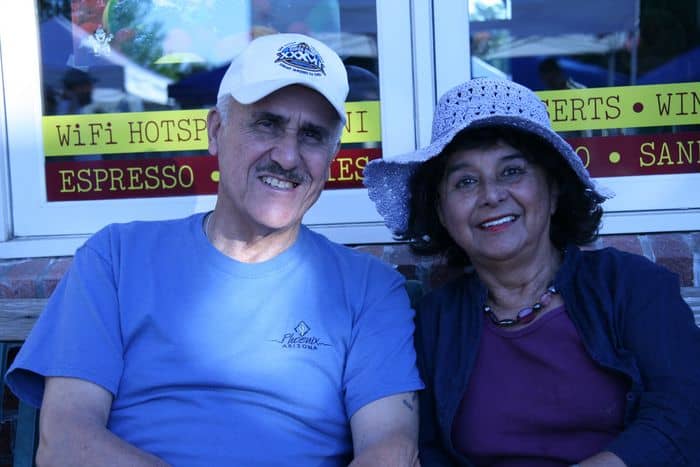 The weather was “Just perfect” according to Fred Tully Jr, USMC (retired), as I spoke to him and his wife Betty outside The Black Rooster.

Lori Wille, who organized the Thursday Night Market, said she was pleased with the way it was working this year and that she had receved a lot of positive feedback so far.

All of the farmers said they really like the Folsom market. The weather was a big help in that department. There was a lot of top quality fruit, including peaches, apricots, strawberries and blueberries. There were wines from the Ophir Winery, beautiful flowers, parsley, leeks and fresh garlic. 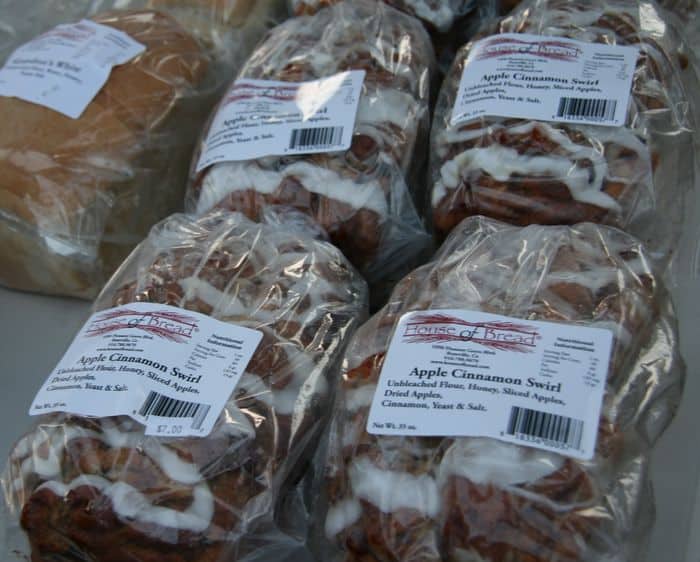 The House of Bread is a welcome addition to the market this year, bringing their “Grandma’s White” and “Apple Cinnamon Loaf” – which I can attest tastes so good you might want to eat a whole loaf yourself!

Up at the Hacienda, there was a stage – courtesy Stage Nine Theater – for dancing and music. There were two separate shows, each well attended.

This year, the local restaurants are more geared up to provide food for market visitors, who are guided by signposts provided by the Folsom Historic District Association and Stage Nine Theater. 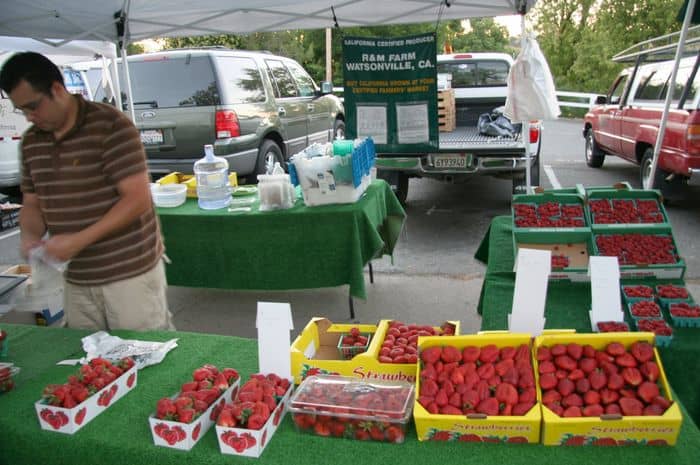 In the 900 block, down near Sutter Court and Mind Over Matter Toys, there was a bouncing castle, rock climbing and other attractions for kids.

The Folsom Historic Parking Garage was well used, with it’s free parking keeping cars protected from the sun and negating the need to drive around looking for a park. Several people didn’t seem to realise that parking in the garage is always free. 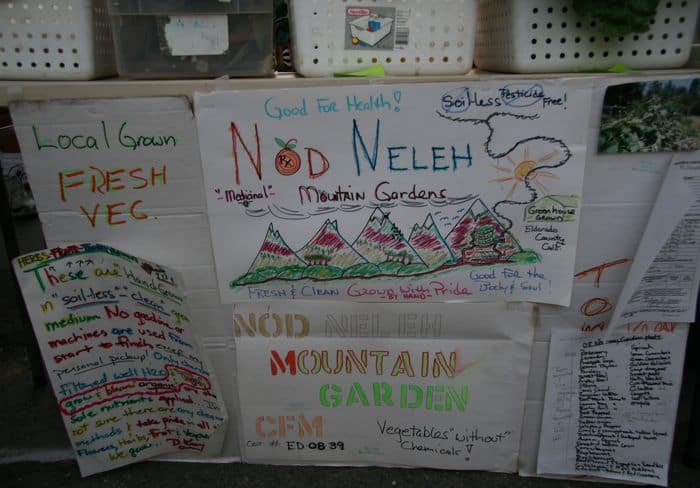 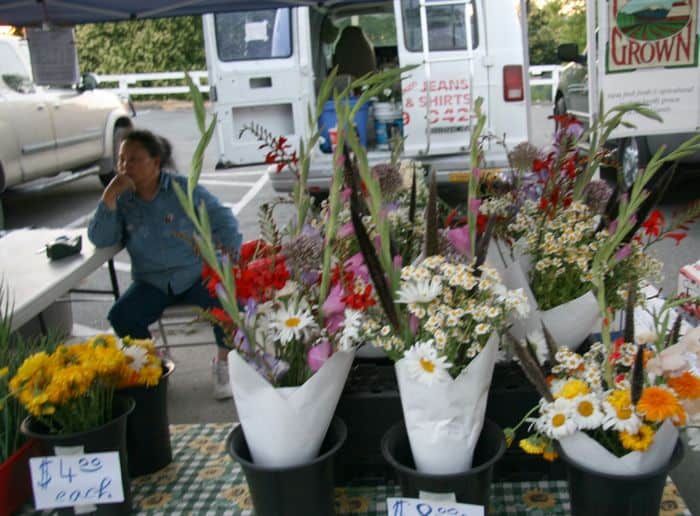 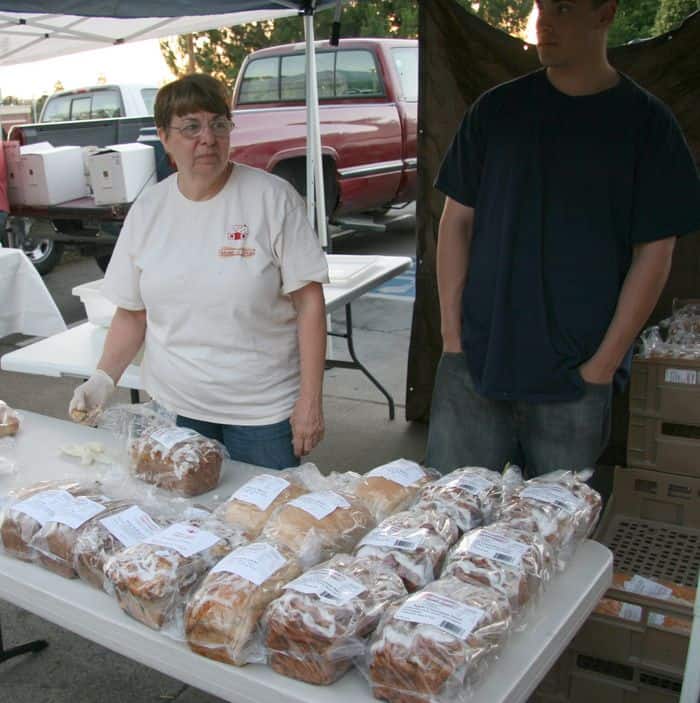 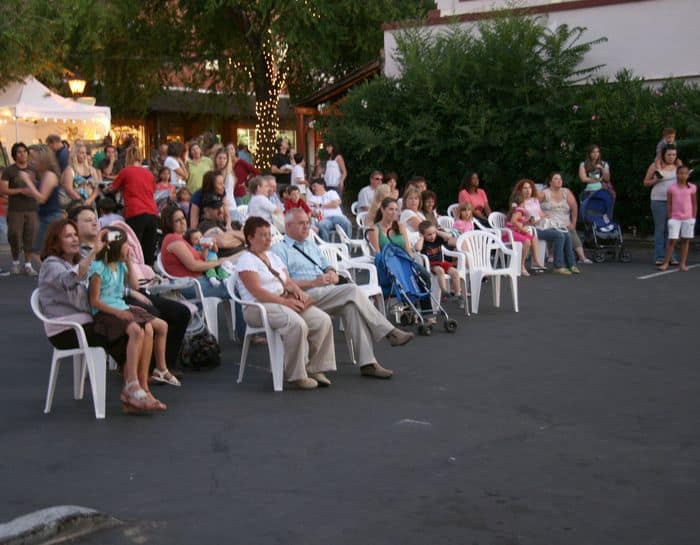 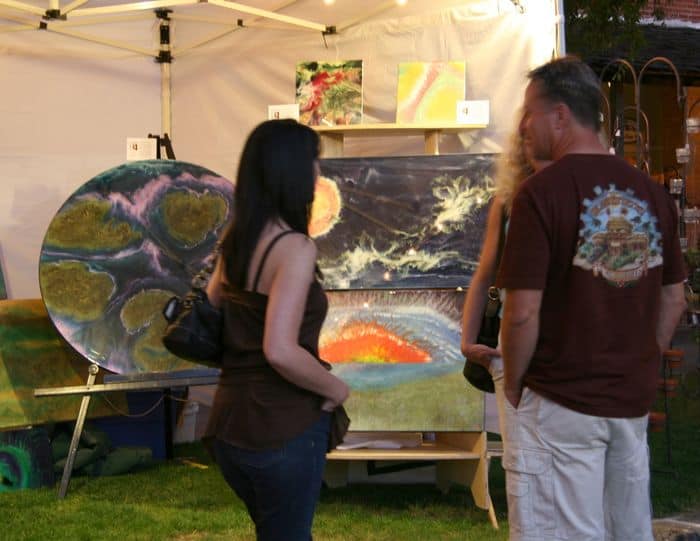 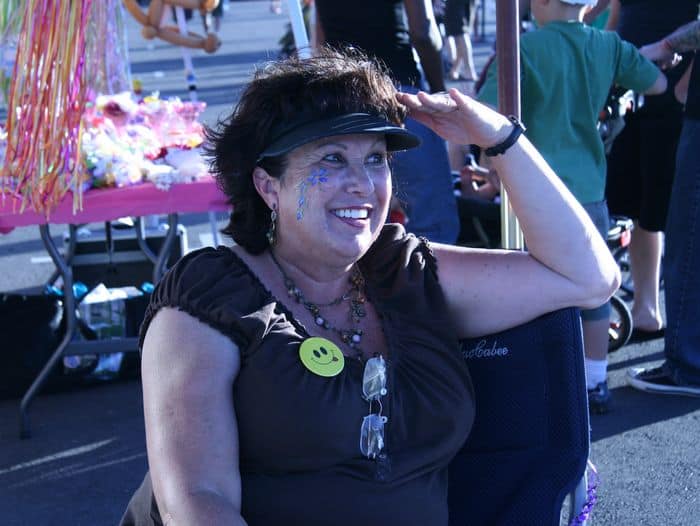 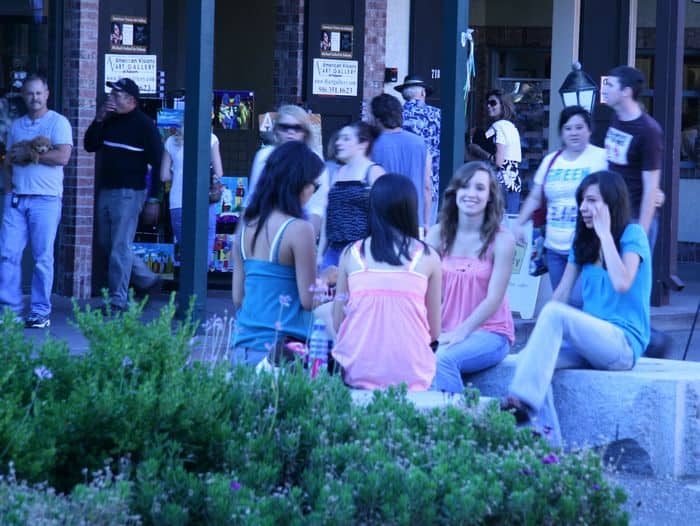 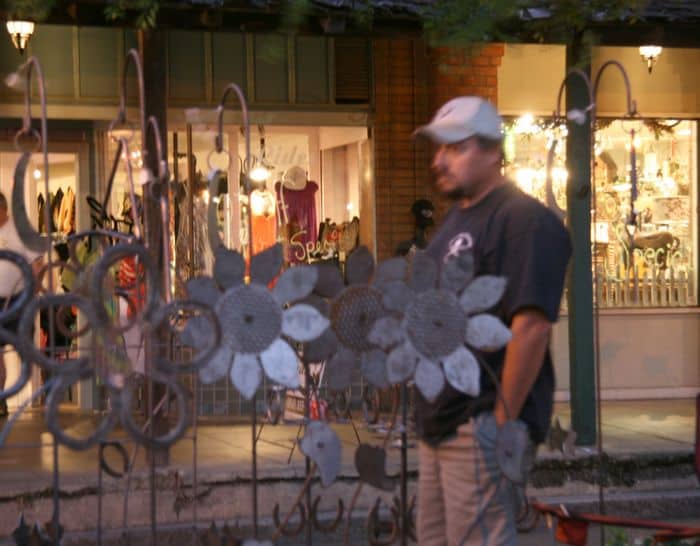 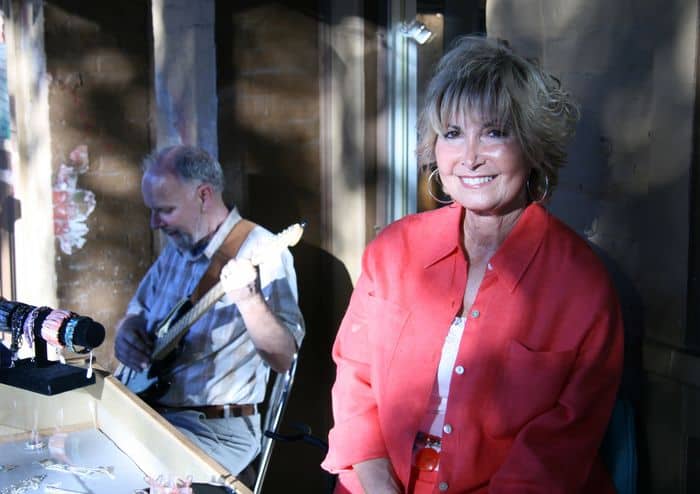 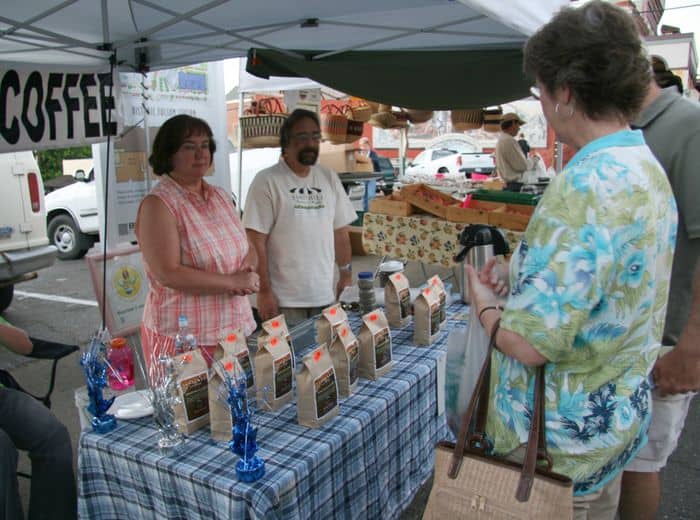 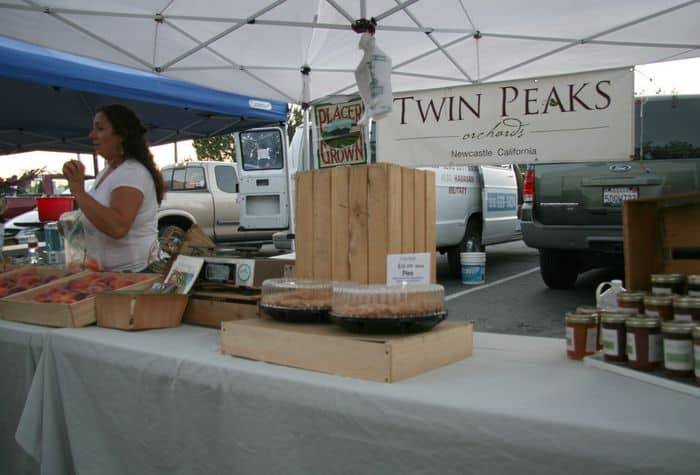 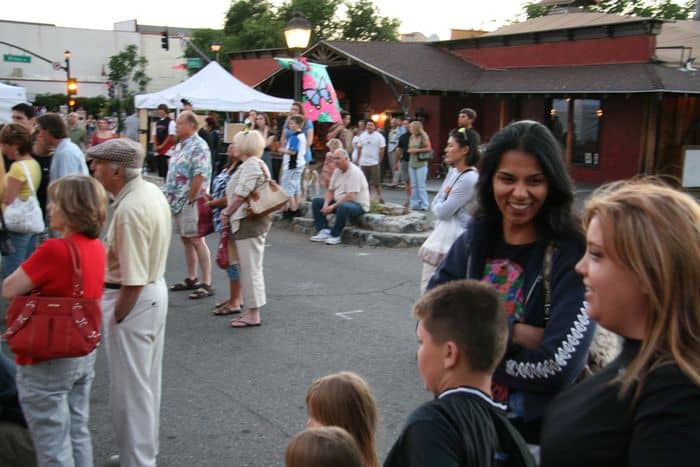 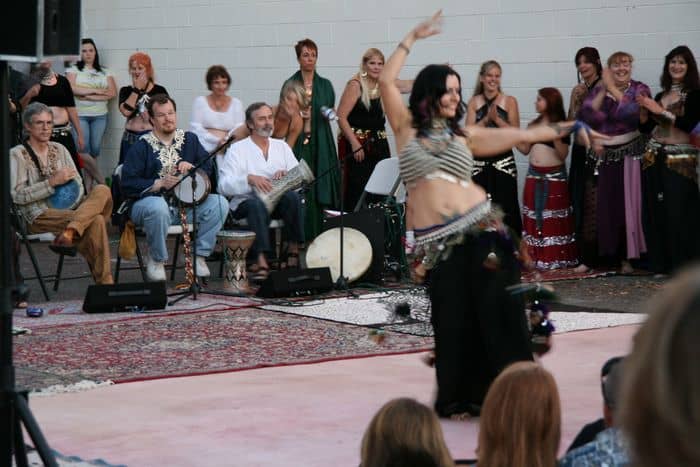 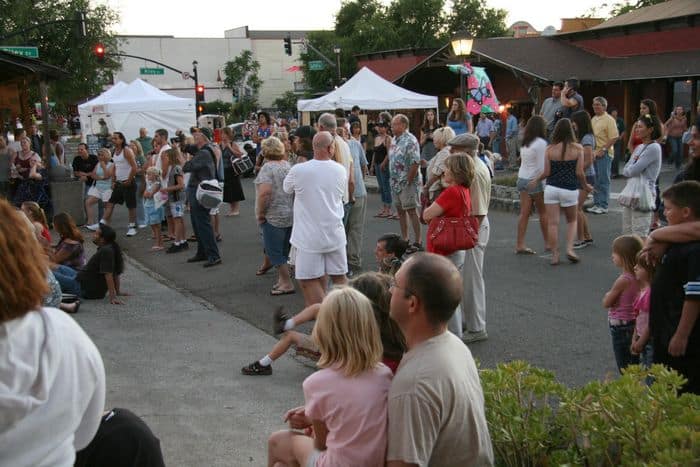 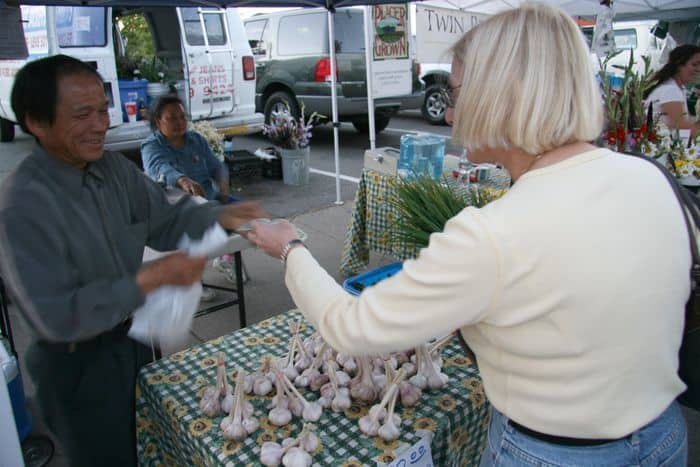